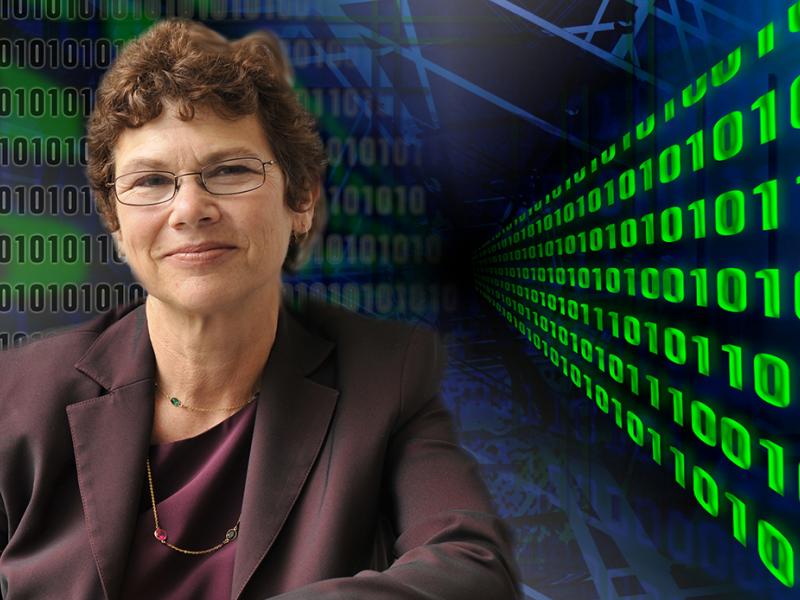 Francine Berman has been appointed by President Obama and confirmed by the U.S. Senate to serve on the National Council on the Humanities (NCH), a board of 26 distinguished individuals who advise the chairman of the National Endowment of the Humanities (NEH). Dr. Berman is the Edward P. Hamilton Distinguished Professor in Computer Science at Rensselaer Polytechnic Institute (RPI).

Berman is an international leader in data science whose work focuses on the development of sustainable infrastructure for digital stewardship and preservation. Such infrastructure is critical to support data-driven research and new discovery in a broad variety of fields, including the digital humanities. Berman has worked closely with the library and museum community and co-chaired the Blue Ribbon Task Force on Sustainable Digital Preservation and Access and the National Research Council Board on Research Data and Information. She currently serves as the U.S. chair of the Research Data Alliance, an international community-driven organization founded to accelerate research data sharing and data-driven innovation worldwide.

“Dr. Berman is a distinguished data scientist with exceptional national impact,” said Prabhat Hajela, provost of Rensselaer. “We are proud that she has been named to the NCH, and believe that she will bring important insight and data expertise to her work with the NEH.”

At the time of her nomination, President Barack Obama praised Berman and another nominee. “These women have demonstrated knowledge and dedication throughout their careers,” said Obama.  “I am grateful they have chosen to take on these important roles, and I look forward to working with them in the months and years to come.”

“Digital information is transforming the landscape in all areas, including humanities research, education, and preservation,” said Berman. “I am tremendously honored by this appointment and look forward to contributing and learning as a member of Council and on behalf of the NEH.”

NEH Chairman William D. Adams praised the appointments. “Dr. Francine Berman, Patricia Limerick, and Shelly Lowe are distinguished, prominent leaders in their respective fields of study and I look forward to their insights and contributions. Their expertise will help NEH strengthen and promote excellence in the humanities for all Americans.”

Berman’s work contributes to The New Polytechnic, a new paradigm for teaching, learning, and research at Rensselaer, the foundation of which is the recognition that global challenges and opportunities are so great that they cannot be addressed by the most talented person working alone, nor even by a single discipline, sector, or nation. The New Polytechnic enables collaborations between talented people across disciplines, sectors, and global regions, in order to address the complex problems the world.

Berman is a fellow of the Association of Computing Machinery (ACM), the Institute of Electrical and Electronics Engineers (IEEE), and the American Association for the Advancement of Science (AAAS). She has also been recognized as a “Digital Preservation Pioneer” by the Library of Congress. In 2009, Berman was the inaugural recipient of the ACM/IEEE-CS Ken Kennedy Award for “influential leadership in the design, development, and deployment of national-scale cyberinfrastructure.” Previously, Berman served as vice president for research at Rensselaer and as director of the San Diego Supercomputer Center. She currently serves as chair of the Anita Borg Institute Board of Trustees, as co-chair of the National Science Foundation Advisory Committee for the Computer and Information Science and Engineering Directorate, and as a member of the Board of Trustees of the Alfred P. Sloan Foundation.

ABOUT THE NATIONAL ENDOWMENT FOR THE HUMANITIES

Created in 1965 as an independent federal agency, the National Endowment for the Humanities supports research and learning in history, literature, philosophy, and other areas of the humanities by funding selected, peer-reviewed proposals from around the nation. Additional information about the National Endowment for the Humanities and its grant programs is available at: www.neh.gov.