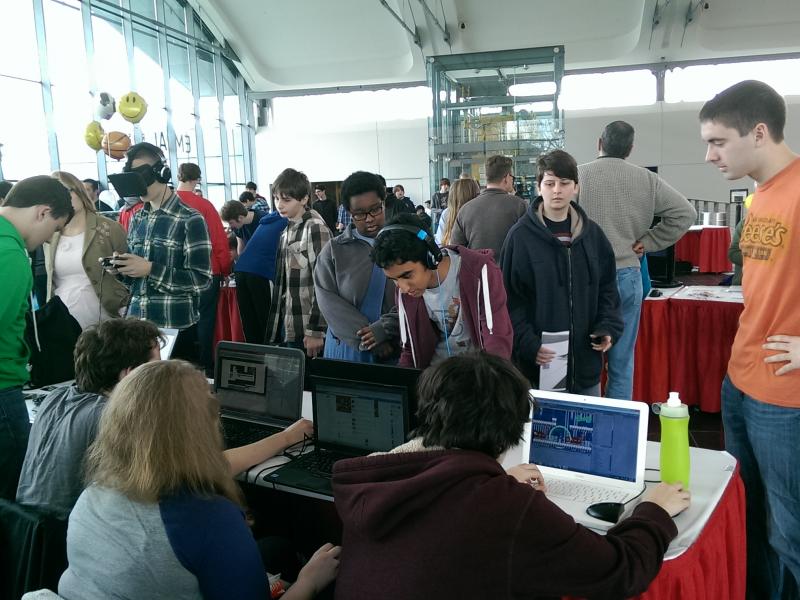 A statement released by ESD identified the objectives of the Digital Gaming Hubs: to foster innovation to spur the economic impact within New York state; to create collaborative activities that bring together industry, higher education, nonprofit organizations, students, and individuals to foster the creation of new games or companies; and to provide resources and mentoring to encourage students and entrepreneurs to enter the growing industry. The Hubs also will assist existing companies with gaming concepts, technologies, and trends and host events focused on assisting the gaming community.

Funding included in the 2014-2015 executive budget allowed for the creation of the three Digital Gaming Hubs. The universities will sustain this designation through May 31, 2018.

“There is tremendous talent and creativity in games, here in the Capital Region and throughout New York state,” said Ben Chang, associate professor and director of the Games and Simulation Arts and Sciences (GSAS) Program in School of Humanities, Arts, and Social Sciences at Rensselaer. “University researchers are discovering new ways of using games in education and healthcare, nonprofits are teaching game design to kids and building creative communities, and game developers of all kinds are constantly reinventing the medium. We’re honored to be selected as one of three Digital Gaming Hubs, and excited to be working with our partners in the local community and across the state to take game development in New York to the next level.”

“Today, interactive technology helps shape how young people learn, drives business strategies via computer simulations, assists training efforts in physical fitness and biomedicine, and so much more,” said Mary Simoni, dean of the School of Humanities, Arts, and Social Sciences. “Rensselaer offers the unique opportunity for students to study in a STEM discipline, such as computer science, coupled with a liberal arts approach to the arts and technology.”

Simoni also noted that the Games and Simulation Arts and Sciences degree at Rensselaer provides an undergraduate experience like few others available anywhere in the country. “Our programs are positioned at crossroads of humanistic inquiry and technological innovation,” Simoni said. “The GSAS program helps students to acquire a comprehensive understanding of interactive digital media, a balance of disciplinary competencies, and a mastery of the challenges and opportunities of interdisciplinary collaboration. The Rensselaer approach to game studies combines theory and practice, along with a strong emphasis on production-oriented, interdisciplinary teamwork. The recognition that we are one of three new Digital Gaming Hubs in New York state is a testament that our collaborative efforts ensure that every graduate has a suite of integrated skills that are critical for leadership in the field.”

Video games represent one of the largest and fastest growing entertainment industries in the world, and the Capital Region is positioned to be a growing location in digital gaming. The Digital Gaming Hub brings together partners in the game development community, including the nonprofit organizations Tech Valley Game Space and Games in Education, local studios including 1st Playable Productions and Vicarious Visions, the Paul J. ’69 and Kathleen M. Severino Center for Technological Entrepreneurship in the Lally School of Management at Rensselaer; and the Emerging Ventures Ecosystem at Rensselaer.

Similarly, Rensselaer alumna Tobi Saulnier ’84, ’89G, ’94 Ph.D., founded 1st Playable Productions, an independent game development studio making games for fans of today’s pop culture, and bringing the potential of this media to new applications in education and social impact. 1st Playable Productions has worked with Disney, Game Mill Entertainment, and Sony Pictures Television to create popular games for entertainment and education. Those games include but are not limited to: Disney’s Frozen: Olaf's Quest, Disney’s Big Hero 6: Battle by the Bay, Wheel of Fortune, and Letter Battle.

Senator Martin J. Golden, New York State Senate Chair of the Select Committee on Science, Technology, Incubation and Entrepreneurship, said, “These awards will make New York more competitive in this $70 billion-a-year global industry, which includes $25 billion in the U.S. This industry is larger than movies, music, and other digital downloads, and these three New York universities receiving the awards graduate some of the top designers and computer engineers in the world. Unfortunately, too many of these graduates and the companies they start move to other states, including California, Texas, and Washington. This funding should help us grow New York’s $276 million share of the world market, and exponentially increase the 1,650 very well-compensated employees currently employed in this sector. Funding these three hubs will also encourage entrepreneurs who are creating the next generation of games to come or remain, and grow in New York.”

Rensselaer embodies The New Polytechnic, a new paradigm for teaching, learning, and research, the foundation of which is the recognition that global challenges and opportunities are so great that they cannot be addressed by the most talented person working alone, nor even by a single discipline, sector, or nation. Rensselaer leverages advanced tools and technologies to educate students for intellectual agility, for multicultural sophistication, and for a global view. The New Polytechnic enables the collaborations and dialogue that align with the objectives of the Digital Gaming Hubs.