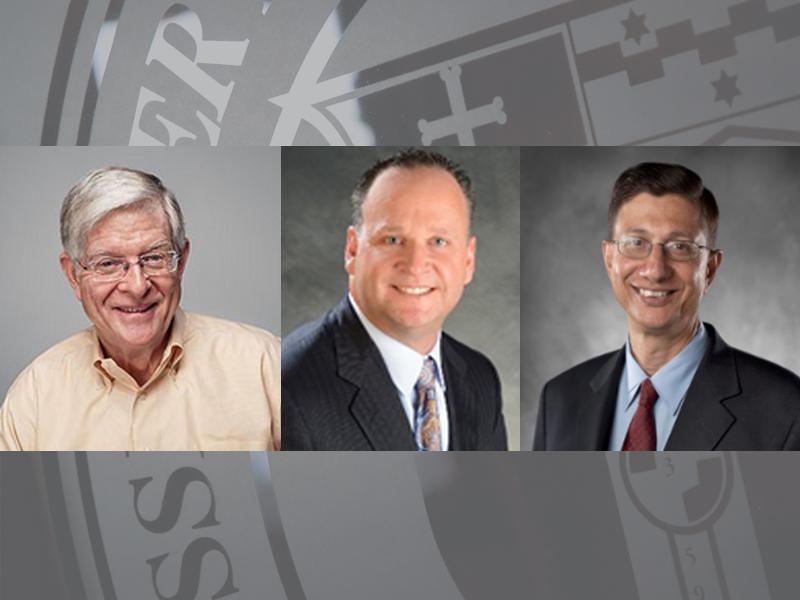 “The Board of Trustees is proud to welcome our new colleagues. Each has a unique combination of technical experience and professional expertise which will be valuable assets as they join us in leading the Institute,” said the Honorable Arthur J. Gajarsa ’62, chairman. “We are grateful for their commitment to serve, and look forward to working with them as we fulfill the promise of The Rensselaer Plan 2024.”

“As alumni, each of these individuals has a personal understanding of, and appreciation for, the great legacy of Rensselaer, and of the transformation that has recently taken place,” said Dr. Shirley Ann Jackson, President. “They also share our vision for the future, one in which we embrace and embody The New Polytechnic. As members of the Board of Trustees, each will play a critical role as we support and sustain our commitment to innovative pedagogy, global challenge linked research, and a transformative student experience.”

Frank M. Fischer ’64 has served on the NeuroPace board of directors since 1998, and joined the company as its chief executive officer in January 2000. Prior to joining NeuroPace, Fischer was president and chief executive officer of Heartport Inc., a cardiac surgery company, from May 1998 until September 1999, and served on the Heartport board of directors.

Fischer was president and chief executive officer and a director of Ventritex Inc., a company that pioneered implantable cardiac defibrillators, from 1987 until the sale of the company to St. Jude Medical Inc. in 1997.

Before joining Ventritex, he held various management positions at Cordis Corporation in the cardiac and neurosurgical device areas, serving most recently as president of the Implantable Products Division. Prior to that, he spent seven years with General Electric Company in a variety of operating positions.

Fischer holds B.S.M.E. and M.S. in management degrees from Rensselaer Polytechnic Institute. He also serves on the board of directors of the Epilepsy Foundation, the board of trustees of Babson College, and the boards of a number of privately held medical device companies.

Daniel T. Pickett III ’90 is co-founder, CEO, and chairman of the board of nfrastructure, a company that designs, builds, and operates technology infrastructure and applications for large enterprises.

Prior to joining nfrastructure, Pickett was senior vice president and general manager of Enterprise Banking Solutions at ALLTEL. He joined ALLTEL following the 1999 acquisition of ACE Software Sciences, a software company he founded in 1995. At ALLTEL, Pickett was responsible for a global customer portfolio that generated over $1 billion in total revenue and had over 1,000 employees. He began his career in 1990 with KeyCorp in Albany, New York, where he held a series of positions in technology and operations, and played a key role on KeyCorp’s mergers and acquisitions team.

Pickett holds a B.S. in management engineering from Rensselaer. He is founder and director of the Pickett Family Foundation and also serves on the boards of Vanguard Behavioral Solutions, Albany Medical Center, and Albany Medical College.

Siva Sivaram, Ph.D. ’86, is the executive vice president of Memory Technology for SanDisk, responsible for the ongoing development of the company's industry-leading NAND flash memory, as well as the development of next-generation technologies, including 3-D NAND (BiCS) and 3-D ReRAM.

Sivaram has over 27 years of experience in semiconductors, 3-D memory architectures, process technology, equipment, and materials. He has held executive positions at Intel and Matrix Semiconductor (Matrix), and at SanDisk after its acquisition of Matrix.

Additionally, he founded and led Twin Creeks Technologies, a solar panel and equipment company, has served as a board member for a number of startup firms, and was entrepreneur-in-residence at Crosslink Capital and XSeed Capital, a research scholar at Matsushita Electric, and an adjunct faculty member at San Jose State University.

Sivaram has published numerous technical papers as well as a textbook on chemical vapor deposition, and he holds several patents. He earned his doctoral and master’s degrees in materials science at Rensselaer. He is a Distinguished Alumnus of the National Institute of Technology, Tiruchi, India, where he earned his bachelor’s degree in mechanical engineering.

“We thank these new members of the Board of Trustees, appreciate their dedication to the Institute, and look forward to partnering with them in leading Rensselaer as it continues to gain prominence in the 21st century as a top-tier, world-class technological research university with global reach and global impact,” said Dr. Jackson.