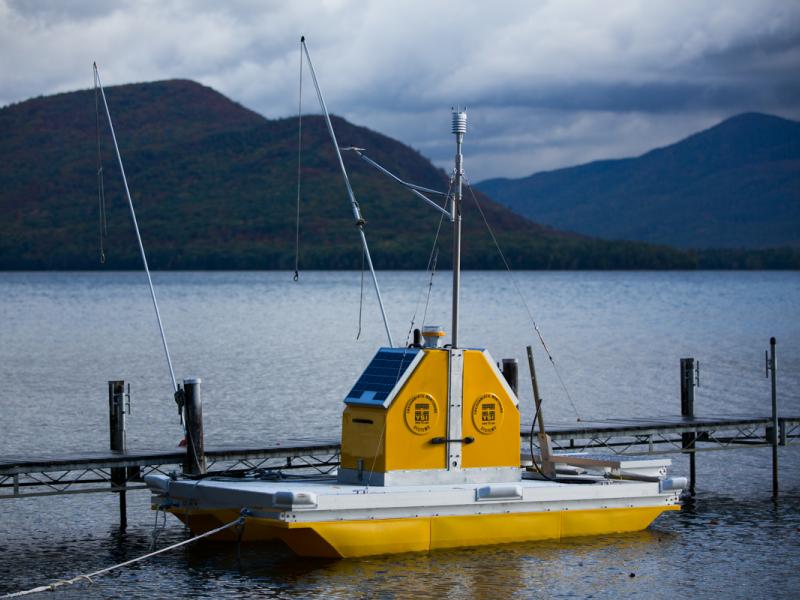 Rensselaer Polytechnic Institute has received a $500,000 grant from the New York State Higher Education Capital Matching Grant Program (HECap) to help complete a $2 million network of smart sensors that are part of the Jefferson Project at Lake George.

HECap, financed through the Dormitory Authority of the State of New York, provides matching grants to private colleges and universities for the construction, rehabilitation, or repair of classrooms, laboratories, and other facilities. The program requires grantees to match approximately three dollars for every dollar provided by New York state. The award was issued as part of a $35.3 million package of grants announced recently.

“The beauty of Lake George is known worldwide and to ensure it remains so we need to understand what is happening below the surface,” said Little. “The Jefferson Project will collect and analyze data from around the lake to assess the health of the lake and to inform public policy of what should be done to protect its ecosystem. I was pleased to support this funding and, like many others, am eager to learn what the scientists discover.”

The Jefferson Project – a partnership between Rensselaer Polytechnic Institute, IBM Research, and The FUND for Lake George – is developing a new model for technologically enabled environmental monitoring and prediction to better understand and protect the Lake George ecosystem. As part of the project, a network of sensors within the Lake George watershed provides real-time data on physical and chemical aspects of the lake. The data is transmitted to supercomputers at Rensselaer and IBM Research, where it is available to researchers, and is being used to fuel a series of models that depict the lake’s weather, runoff, circulation and, ultimately, the impact of those factors on the food web.

Project leaders have planned for a network of 41 sensor platforms – which include weather stations, tributary stations, floating vertical profilers, and SONAR-based current monitors. Twenty platforms with multiple sensors have already been deployed and the grant will fund about half of the remaining 21 sensor platforms, said Relyea. Many of the remaining sensors will provide information in sections of the lake where little data is being collected, including the Narrows and North Basin.

At Rensselaer, the Jefferson Project is an example of The New Polytechnic at work. The New Polytechnic is a new paradigm for teaching, learning, and research, addressing complex global challenges, the need for interdisciplinarity and collaboration, and the use of the latest tools and technologies, many of which are developed at Rensselaer.