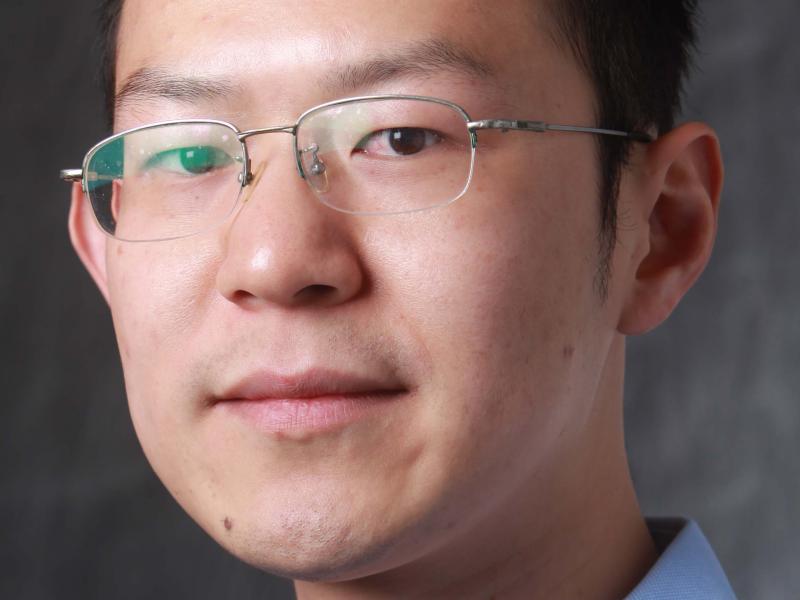 Lirong Xia, a computer scientist whose research focuses on “social choice” – the analysis of individual preferences used to reach collective decisions or social objectives – has been recognized by IEEE Intelligent Systems magazine as one of “AI’s 10 to Watch.”

According to IEEE Intelligent Systems, a publication of the Institute of Electrical and Electronics Engineers (IEEE), the biennial honor is intended to acknowledge and celebrate 10 young scientists in the field of artificial intelligence (AI) and to promote cutting-edge research among next-generation researchers, industry, and the general public alike.

“This award highlights Lirong’s great early success and his outstanding potential, and we congratulate him on this recognition,” Stewart said. “Professor Xia joins Heng Ji – a young expert in natural language processing – as the second Rensselaer recipient of this award, reflecting the high quality of AI researchers who have joined the department in recent years.”

Xia’s research combines principles and techniques of economics, statistics, and AI to help a group of agents resolve disputes and make joint decisions. For example, the Internet Movie Database (IMDb) wants to rank movies by aggregating user ratings, which represent subjective preferences and can be viewed as data generated by a statistical model – how should IMDb design its ranking mechanism? An ideal system will produce accurate rankings and recommendations with minimal input, but such a system presents many challenges. For example, recommendations are only accurate if they match the preferences of the user. And systems must also contend with the strategic behavior of users who, for example, deliberately enter a ranking either more positive or negative than their true opinion in order to sway the overall ranking of a product in one direction or another.

IEEE Intelligent Systems began the process of selecting recipients in early 2015 by soliciting nominations from a wide range of senior AI researchers from both academia and industry. The nominees all received their Ph.D.s in the past five years. A short list of top candidates was voted on by the selection committee, consisting of members of the Intelligent Systems editorial and advisory boards. The “AI’s 10 to Watch” were recognized in the January/February 2016 edition of IEEE Intelligent Systems.

Having served on the selection committee for the award in previous years, James Hendler, director of the Rensselaer Institute for Data Exploration and Applications (IDEA) and Tetherless World Professor of Computer, Web, and Cognitive Sciences at Rensselaer, said he could attest to the difficulty of the decision and the weight of the honor.

"This award is one of the top awards given to young scientists in the AI field,” Hendler said. “Started 10 years ago, the award is given to researchers who are clearly having strong impact within the first few years after their thesis.  Nominations are sought from department chairs, fellows of professional organizations, and others, and the field is global. Only the best are chosen.”

Xia’s research exemplifies the work being done at The New Polytechnic, addressing difficult and complex global challenges, the need for interdisciplinary and true collaboration, and the use of the latest tools and technologies, many of which are developed at Rensselaer.

Xia is an assistant professor in the Department of Computer Science at Rensselaer. Prior to joining Rensselaer in 2013, he was a National Science Foundation Computing Innovation Fellow at the Center for Research on Computation and Society at Harvard University. Xia received a Ph.D. in computer science from Duke University. He is an associate editor of Mathematical Social Sciences and is on the editorial board of the Journal of Artificial Intelligence Research. Xia is the recipient of a National Science Foundation CAREER award, and a Simons-Berkeley Research Fellowship for the Economics and Computation Program.