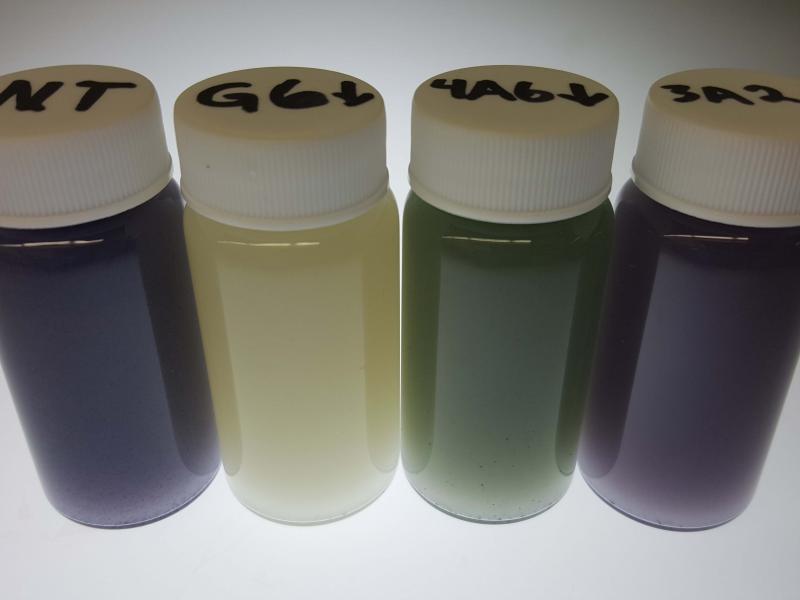 Discovery of rules that govern a variation of the CRISPR/Cas9 gene-editing method makes it possible to use living cells to manufacture valuable metabolic compounds like pharmaceuticals and nutraceuticals. Researchers at Rensselaer Polytechnic Institute (RPI) have developed new tools for controlling the signaling pathways in cells to manufacture compounds, dialing down production of unwanted compounds, and increasing production of valuable compounds.

The research, published in Nucleic Acids Research, describes an aspect of the CRISPR/Cas9 gene-editing method, which makes use of dCas9, a disabled protein. Specifically, the researchers describe how to vary a snippet of RNA to create multiple tools that use dCas9, each with the ability to block activity at a single site along complex multi-step signaling pathways, with no crosstalk.

“CRISPR is one of the most powerful gene editing techniques available, but until now, we’ve only seen it used in healthcare. This is the first real metabolic engineering application to make high-value products using this gene editing approach,” said Mattheos Koffas, who led the research. “If you look 10 years into the future, people might be controlling thousands of genes in an organism, producing quite valuable products.”

The CRISPR/Cas9 system is derived from a natural defense bacteria employ against familiar viruses. “Clustered regularly interspaced short palindromic repeats,” or CRISPR, is bacterial DNA that contains segments of viral DNA from previous exposures. When known viral DNA invades the cell, bacteria use CRISPR to produce a snippet of “guide RNA” that will match with, or complement, the viral DNA. The guide RNA is coupled with the Cas9 protein complex, which can cut DNA. Thus equipped, the Cas9 is able to unzip, latch on, and cut the complementary viral DNA, thereby disabling it. CRISPR/Cas9 has been used in health applications, such as disabling specific genes to produce transgenic animals for research.

CRISPR/Cas9 also holds enormous potential as a means of controlling signaling pathways, the complex chemical communications by which cells perform most functions and make necessary substances. The instructions for the numerous steps in each signaling pathway are contained in DNA. If the process can be controlled at each step – by blocking or allowing transcription of DNA at the site of a genetic switch called a “promoter” – the output of the cell can also be controlled, redirecting its energy to producing desired compounds. One variation of this method, CRISPR/dCas9, blocks transcription by using a disabled Cas9 protein to latch on to the target DNA and remain in place, thwarting further attempts to transcribe the instructions in that particular DNA sequence.

“The cell is a factory, and we can take over production and make the things we want,” said Brady Cress, first author on the research, which was conducted in the labs of Koffas and Robert Linhardt in the Rensselaer Center for Biotechnology and Interdisciplinary Studies (CBIS). “With CRISPR/dCas9, what we can do is make critical compounds – those required to build up the big high-value compounds – more prevalent by shutting off competing pathways.”

Although the CRISPR method has great promise in metabolic engineering, a better understanding is needed to reach its full potential. One area of investigation involves the risk of “crosstalk,” a complication that occurs when target RNA intended for one promoter mistakenly binds to another promoter of similar sequence, causing it to activate or block other sections of the vastly complex pathways.

DNA is a chain composed of four nucleotides—cytosine, guanine, adenine, or thymine—each of which complements one of four RNA nucleotides. In order for the CRISPR/Cas9 system to latch on to DNA and perform its task, the nucleotides in the guide RNA sequence must complement the targeted DNA. But an exact match is not always necessary—one or more of the nucleotides can be incorrect and the guide RNA and target DNA might still adhere, albeit imperfectly. The rules that govern the degree of mismatch the system will support have not been clear. For example, in a chain of 20 nucleotides, would the guide RNA latch on to the target DNA if there were one mismatching nucleotide? How about two, or three?

A system that tolerates many mismatches increases the risk of crosstalk along a signaling pathway, as one guide RNA binds to multiple promoters. However, if the system tolerates fewer mismatches, there is less risk of crosstalk and researchers can vary only a few sequences on the promoter and complementary guide RNA to easily create multiple tools. Because there are four nucleotides, each mismatch creates the opportunity for more than one tool.

Cress examined a 20-nucleotide promoter, focusing on a series of three nucleotides in a specific portion of the sequence. He systematically changed up to three base pairs consecutively, in high-throughput fashion, to understand how many mismatches are required to prevent crosstalk. In the three-nucleotide sequence, Cress found that the system will bind with one mismatch, but will not bind with two or three mismatches.

“This is an important discovery because it allows you to design tools that control different genes at the same time without any crosstalk,” said Linhardt. “The pathways are complex and we must be able to hit multiple parts in any pathway to keep the cell alive and control output. So now we can create a significant number of tools—in the dozens—which are based on the same promoter and can be controlled independently.”

As a proof of concept, Cress incorporated promoters that followed the new rule into a model pathway cells use to create compounds that varied between colorless, purple, and green, depending on the sections of the pathway that he activated. He created cells with activation along different sections of the pathway, and they produced the compounds of the colors he had predicted.

The research exemplifies the work being done at The New Polytechnic, addressing difficult and complex global challenges, the need for interdisciplinary and true collaboration, and the use of the latest tools and technologies, many of which are developed at Rensselaer.

Mattheos Koffas is the Dorothy and Fred Chau ʼ71 Career Development Constellation Professor at Rensselaer, and a member of CBIS. He holds appointments in the Howard P. Isermann Department of Chemical and Biological Engineering and the Department of Biological Sciences.

Robert Linhardt is the Ann and John H. Broadbent Jr. ’59 Senior Constellation Professor of Biocatalysis and Metabolic Engineering at Rensselaer, and a member of CBIS. He holds appointments in the departments of Chemistry and Chemical Biology, Biological Sciences, Biomedical Engineering, and the Howard. P. Isermann Department of Chemical and Biological Engineering.

Brady Cress will earn his doctorate from the Howard P. Isermann Department of Chemical and Biological Engineering in May.