Creator of Darkest Material on Earth Honored by IEEE 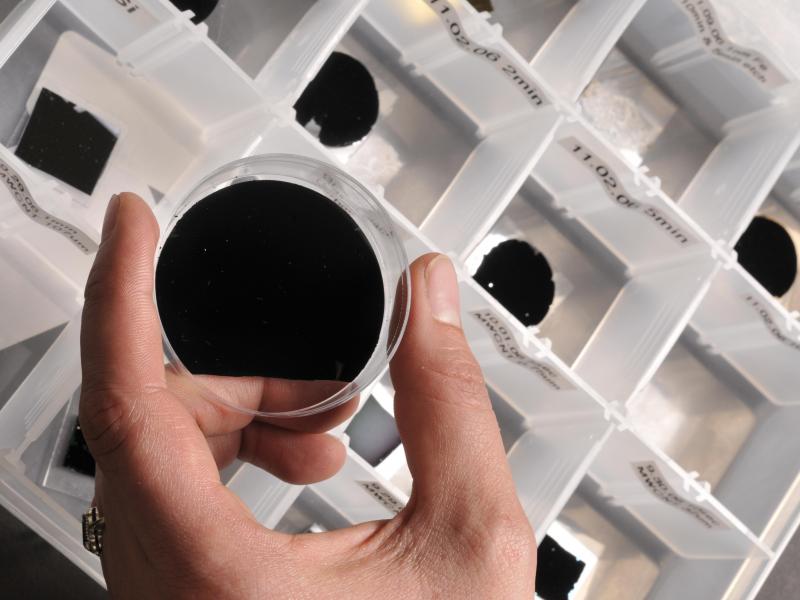 Creator of Darkest Material on Earth Honored by IEEE

Nanophotonics expert and physics professor Shawn-Yu Lin has been selected to receive the 2016 Institute for Electrical and Electronics Engineers (IEEE) Nanotechnology Council Pioneer Award in Nanotechnology “for pioneering contribution to the development of 3-D optical photonic-crystals and the discovery of the darkest nano-material on Earth.”

Lin, professor of physics at Rensselaer Polytechnic Institute (RPI), will receive the award at the annual IEEE Conference on Nanotechnology Aug. 22-25 in Sendai City, Miyagi, Japan.

The darkest material was discovered by Lin and his team in 2008. The material, a thin coating comprised of low-density arrays of loosely vertically aligned carbon nanotubes, absorbs more than 99.9 percent of light and could one day be used to boost the effectiveness and efficiency of solar energy conversion, infrared sensors, and other devices. The research has been recognized by the Guinness Book of World Records.

Lin’s team created a coating of low-density, vertically aligned carbon nanotube arrays that are engineered to have an extremely low index of refraction and the appropriate surface randomness, further reducing its reflectivity. The end result was a material with a total reflectance of 0.03 percent (or absorptance of 99.97%)—more than three times darker than the previous record, which used a film deposition of nickel-phosphorous alloy. Lin’s darkest material has a higher absorptance than that recently reported value of 99.965 percent by Surrey Nanosystem. The original darkest material from Rensselaer is still the darkest manmade nano-material on Earth.

Lin was congratulated by his colleagues at Rensselaer and within the field of nanophotonics.

“Shawn is richly deserving of this award that recognizes his work toward generating an extremely unusual—and up to that point, what was expected to be unattainable—material that has applications in photonics, electronic materials, and solar energy capture,” said Jonathan Dordick, vice president for research and the Howard P. Isermann Professor of Chemical and Biological Engineering at Rensselaer. “Shawn’s work represents a clear example of Rensselaer research excellence at the confluence of physics and engineering, which is transformative in pure scientific knowledge generation with real-world applications.”

“I am delighted that Shawn is being rightly recognized for his creative work and significant contributions to the development of nanotechnology-enabled optics,” said Pulickel Ajayan, the Benjamin M. and Mary Greenwood Anderson Professor of Engineering at Rice University, who worked on the project when he was a member of the Rensselaer faculty, and who provided a letter of support for Lin’s nomination.

Lin has earned international recognition for his pioneering work in developing photonic crystals. His recent scientific breakthroughs include the discovery of extreme light-bending by negative-refraction for solar harvesting and the discovery of super-Planckian thermal radiation in 3-D photonic-crystals. He is a fellow of the American Association for the Advancement of Science, the American Physical Society, and the Optical Society of America. He has received research funding from the U.S. Air Force Office of Scientific Research, the U.S. Department of Energy’s Office of Basic Energy Sciences, the U.S. National Science Foundation, and the Focus Center-New York for Interconnects.

His current work with 3-D photonic crystals is funded by the Department of Energy, Office of Science, Basic Energy Sciences.

The IEEE Pioneer Award in Nanotechnology recognizes individuals who by virtue of initiating new areas of research, development, or engineering have had a significant impact on the field of nanotechnology. According to IEEE, it is the world’s largest professional association dedicated to advancing technological innovation and excellence for the benefit of humanity. IEEE has more than 400,000 members in more than 160 countries, 45 percent of whom are from outside the United States.

Lin received his bachelor’s degree from National Taiwan University, his master’s degree from the University of North Carolina, and his Ph.D. in electrical engineering from Princeton. Before joining Rensselaer, Lin headed Sandia National Laboratories’ multimillion-dollar research and development effort in photonic crystal devices. He also directed a U.S. Department of Energy multi-laboratories initiative in nano-structural photonics.

Lin’s research exemplifies the work being done at The New Polytechnic, addressing difficult and complex global challenges, the need for interdisciplinary and true collaboration, and the use of the latest tools and technologies, many of which are developed at Rensselaer.