Rensselaer Polytechnic Institute To Welcome Class of 2020 to Campus 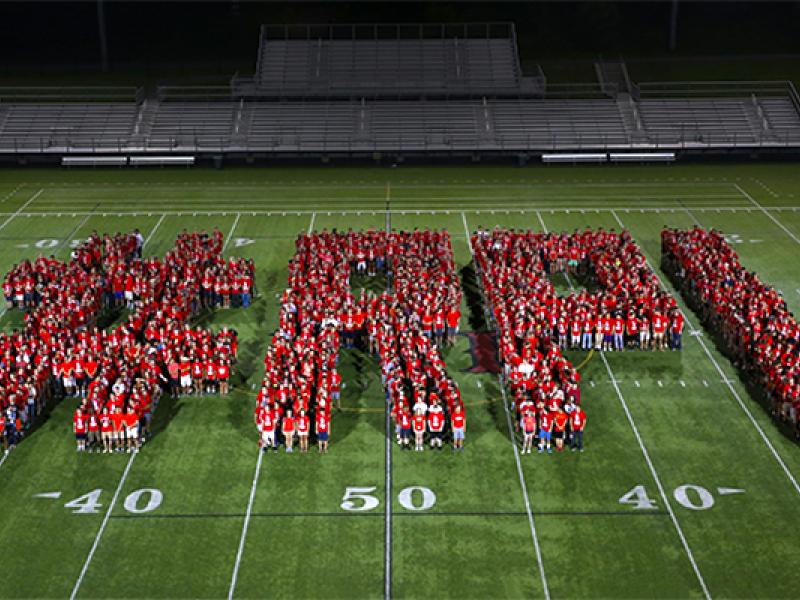 More than 1,700 students—representing the largest incoming Rensselaer Polytechnic Institute class in the Institute’s history—will make their way to Troy. The first-year students hail from 47 states, the District of Columbia, Puerto Rico, and from countries all around the world.

Rensselaer Polytechnic Institute To Welcome Class of 2020 to Campus

Snapshots of the Incoming First-Year Students

Troy, N.Y. – More than 1,700 students—representing the largest incoming Rensselaer Polytechnic Institute class in the Institute’s history—will make their way to Troy this weekend. The first-year students hail from 47 states, the District of Columbia, Puerto Rico, and from countries all around the world. Student will move to Rensselaer campus on Tuesday, August 23.

The high-achieving group includes students who have been nominated for the Rensselaer Medal, a scholarship awarded to the top math and science students at high schools across the country. This year, 205 Medal winners have joined Rensselaer. The Medal was first presented in 1916 with two purposes: to recognize the superlative academic achievement of young men and women, and to motivate students toward careers in science, engineering, and technology.

“The incoming Rensselaer students have passion and commitment, which is clearly exemplified in their various activities outside of the classroom,” said Karen Long, director of admissions, in remarks delivered during the Student Orientation program held earlier this summer. Fifty-six students were captains of athletics teams in high school, and 870 students participated in sporting activities overall.

The Class of 2020 is filled with students who have already made a mark on the world. Several students have volunteered their time to help in schools, support environmental causes, and to assist within their religious communities. One example is a student who is the founder and president of a high school club that traveled to the Dominican Republic during the summer to help to build aqueducts.

Many of the students have performed in venues around the country and around the world. One student has formed a singing duo called “The 2” and has an album of original songs in production, while another was selected for the Macy’s All American Marching Band and performed in the Thanksgiving Day Parade and on The Today Show.

The class includes a student who competed in a triathlon at the age of 5 and won the NorCal Triathlon as a teenager, another student who cheers on the national Level Five team and travels each year to the Cheerleading World competition, one student who is an avid curler who has competed in tournaments from Cape Cod to Prince Edward Island, and another who aspires to become a professional race car driver. The student—the youngest racer ever invited to compete in the Indy Car Academy Shootout—garnered a second-place win. The class also includes a student who climbed Mr. Everest at the young age of 12, and a few self-proclaimed Rubik’s Cube solving experts, including two who can solve it in less than 20 seconds.

It’s no surprise that the class includes a number of inventors and creators. One member of the class has published three apps in the Apple App store, while another is currently working on a prototype for small boat navigation lights. One student has completed research on Whitetip reef sharks, and another student has been invited by NASA to have her experiment tested at the Kennedy Space Center. The experiment will travel on a lunar lander to the moon.

In addition, 98 students are the sons or daughters, grandsons or granddaughters of Rensselaer graduates, an increase of 20 percent from last year. “This is a wonderful message about the Rensselaer education and impact it has on alumni and alumnae long after they’ve graduated from Rensselaer,” Long said. “The number of students following in the footsteps of family members demonstrates the longstanding connection Rensselaer makes with graduates to educate the men and women who are leaders of tomorrow.”

While at Rensselaer, the incoming class will experience facets of The New Polytechnic, an emerging paradigm for teaching, learning, and research at Rensselaer. The foundation for this vision is the recognition that global challenges and opportunities are so great they cannot be adequately addressed by even the most talented person working alone. Rensselaer serves as a crossroads for collaboration—working with partners across disciplines, sectors, and geographic regions—to address complex global challenges, using the most advanced tools and technologies, many of which are developed at Rensselaer. Research at Rensselaer addresses some of the world’s most pressing technological challenges—from energy security and sustainable development to biotechnology and human health. The New Polytechnic is transformative in the global impact of research, in its innovative pedagogy, and in the lives of students at Rensselaer.

Members of the Class of 2020 participated in Student Orientation during July and early August. From Aug. 23 to Aug. 28, Rensselaer will officially welcome the new first-year students and introduce them to the local community through a weeklong series of events known as “Navigating Rensselaer & Beyond” (NRB). Created under The Rensselaer Plan in 2001, NRB is usually organized around three general themes: adventure/team building; historical/cultural; and community service opportunities that are designed to familiarize first-year students with the Rensselaer campus, and the city of Troy and surrounding areas as a way to lessen student stress. To view last year’s video, visit: http://bit.ly/2bxOjz0

See more highlights regarding the Class of 2020: http://bit.ly/2b4bUTD