The Rensselaer Medal: Celebrating 100 Years of Supporting Academic Achievement in Math and Science 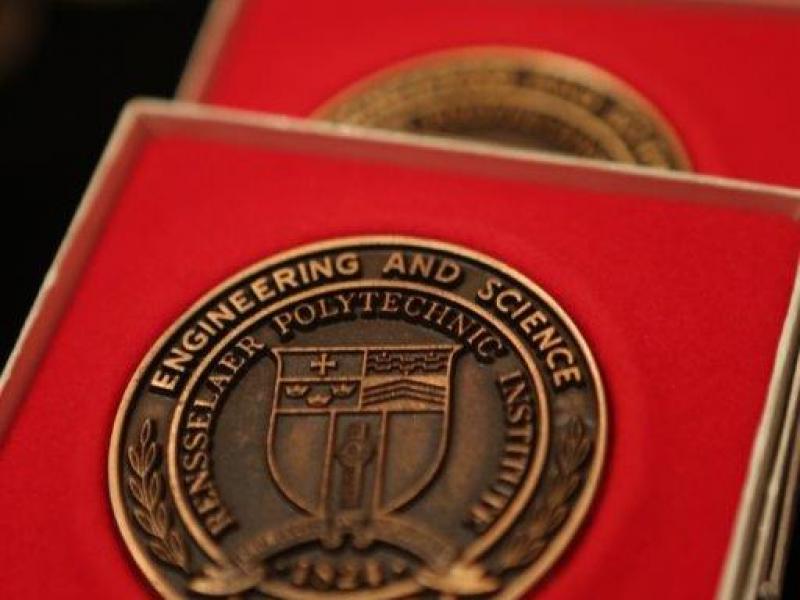 The Rensselaer Medal: Celebrating 100 Years of Supporting Academic Achievement in Math and Science

Troy, N.Y. – For more than a century, Rensselaer Polytechnic Institute, in conjunction with high schools around the world, has awarded the Rensselaer Medal scholarship to promising high school juniors who have distinguished themselves in mathematics and science. This year marks the 100-year anniversary of the Rensselaer Medal. To date, 5,643 alumni and alumnae have received the award.

The merit scholarship, with a value of $25,000 per year, is guaranteed for four years (five years for the bachelor of Architecture program and students enrolled in a co-terminal program) for each medalist who is accepted and enrolls at Rensselaer. Overall, a student may be eligible to receive a scholarship valued up to $100,000.

The Rensselaer Medal was first presented in 1916 with two purposes: to recognize the superlative academic achievement of young men and women, and to motivate students toward careers in science, technology, engineering, and mathematics (STEM) disciplines. The medal, the oldest prize of its kind in the United States, is on par with the Harvard Book Prize and the Brown Book Award as the most celebrated recognitions of excellence in secondary school education, according to an article that appeared in Rensselaer alumni magazine.

At its inception, the program was instituted in more than 800 schools. By 1950, approximately 1,000 schools awarded the medal. The recipients were largely from New York and other Northeastern states, though a report by the Rensselaer Alumni Association, then charged with distributing the medal, reveals that it was awarded also in California, the District of Columbia, Illinois, Michigan, Ohio, Pennsylvania, Washington, Florida, and one school in Wisconsin. Today, the Rensselaer Medal is awarded at more than 4,000 high schools throughout North America, Latin America, Europe, and Asia.

This year, the Rensselaer Medalist Open House will be held on Saturday, September 10, on the Rensselaer campus. Students and their families will have an opportunity to tour the campus, explore the labs, learn about current research and academic programs, speak with Rensselaer faculty and students, and discover what campus life is like at Rensselaer. Nearly 500 students and over 1,500 family members are expected to attend.

“The Rensselaer Medal is a wonderful way to pay tribute to the high school students who have achieved excellence in math and science,” said Jonathan D. Wexler, vice president for enrollment management at Rensselaer. “As we do so, we are aware that these early achievements, as impressive as they are, mark only one milestone on their future journeys of commitment to hard work, drive, focus, and collaborations. The Rensselaer Medal winners represent the next generation of leaders, scientists, innovators, artists, scholars, game designers, architects, humanitarians, and entrepreneurs.”

This year, more than 1,700 students—representing the largest incoming class in the Institute’s history—are members of the Rensselaer Class of 2020. The high-achieving group includes 205 Medalists. The first-year students hail from 47 states, the District of Columbia, Puerto Rico, and from countries all around the world. The students will receive their medal during the Honors Convocation Ceremony planned for Oct. 22.

Physically, the Rensselaer Medal has undergone three distinct incarnations. In its initial form, the medal was a die-struck brass emblem plated in bronze, about one and one half-inches high. It was tooled and produced for Rensselaer by Balfour Jewelers in Providence, Rhode Island. In 1934, the medal was re-designed, and a different jeweler was commissioned to manufacture it. Except for a change in packaging in 1962, the firm of Dieges and Clust produced, until 1965, a medal that was gold-plated and smaller (reduced to one inch) than the original. The medal took its present form as part of the 50th anniversary of the award in 1966, when the entire medal program was renewed and strengthened. Today, the medal is manufactured using the centrifugal casting method. The pewter is a combination of tin and antimony known as “white metal.” The pewter medallion is oxidized to give the appearance of age, before it is buffed by finishing wheels.

Upon enrollment at Rensselaer, students will experience facets of The New Polytechnic, an emerging paradigm for teaching, learning, and research at Rensselaer. The foundation for this vision is the recognition that global challenges and opportunities are so great they cannot be adequately addressed by even the most talented person working alone. Rensselaer serves as a crossroads for collaboration—working with partners across disciplines, sectors, and geographic regions—to address complex global challenges, using the most advanced tools and technologies, many of which are developed at Rensselaer. Research at Rensselaer addresses some of the world’s most pressing technological challenges—from energy security and sustainable development to biotechnology and human health. The New Polytechnic is transformative in the global impact of research, in its innovative pedagogy, and in the lives of students at Rensselaer.

For more information, contact the Medal Program via email: medal_program@rpi.edu.