A Game-Changing Approach: Using the X-Box Kinect as a Sensor to Conduct Centrifuge Research 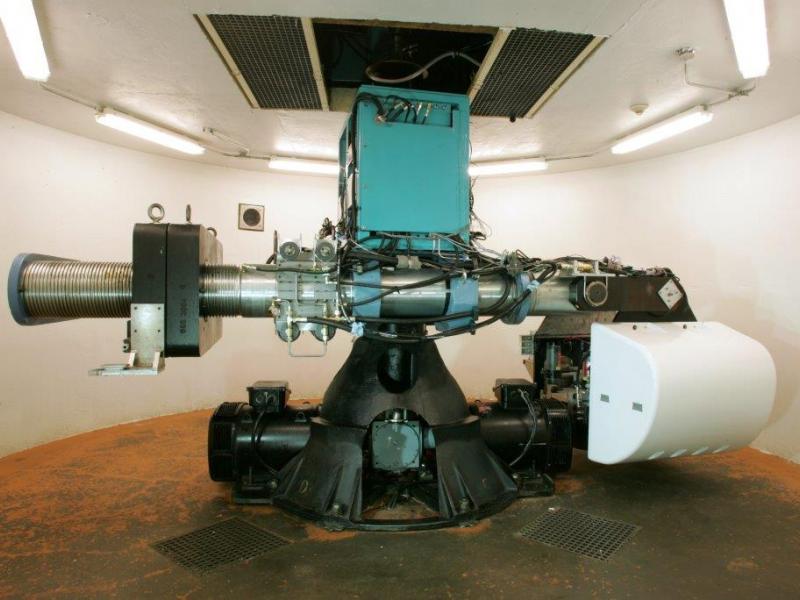 A Game-Changing Approach: Using the X-Box Kinect as a Sensor to Conduct Centrifuge Research

Troy, N.Y. — To gaming enthusiasts, the Kinect is Microsoft’s motion sensor add-on for the Xbox 360 gaming console. The device provides a natural user interface that allows users to interact intuitively and without any intermediary device, such as a controller. Now, a team of Rensselaer Polytechnic Institute researchers have used the device to replace expensive sensors on its geotechnical centrifuge to better (and more economically) understand how levees fail when overtopped by large floods. The interdisciplinary project, funded by the National Science Foundation (NSF), focused on soil erosion, levees, and flood protection systems.

To provide essential data for the rebuilding of the ravaged levees in New Orleans, for the past ten years engineers from the School of Engineering at Rensselaer have been studying small-scale sections of the flood-protection system.

According to the National Weather Service, flooding is a coast-to-coast threat to the United States and its territories nearly every day of the year. Flooding typically occurs when prolonged rain falls over several days, when intense rain falls over a short period of time, or when an ice and debris jam causes a river or stream to overflow onto a surrounding area. Flooding can also result from the failure of a water control structure, such as a levee or dam. Statistics from the National Weather Service note that from 1996 to 2015, approximately 1,640 Americans died in floods.

“To the best of our knowledge, this is the first time that a Kinect system has been used on a geotechnical centrifuge,” said Thomas Zimmie, a dam safety expert and professor of civil engineering. “The objective of this research is to develop tools that would improve the understanding of the process of levee failure because of erosion and reduce the future risk of failure in order to protect lives and property.”

In addition to Zimmie, the Rensselaer team that worked on the project included Barbara Cutler, associate professor of computer science, who also serves as an affiliated faculty member in the Curtis R. Priem Experimental Media and Performing Arts Center (EMPAC); W. Randolph Franklin, professor in the Department of Electrical, Computer, and Systems Engineering; and civil engineering Ph.D. graduate Mehrad Kamalzare ’13, who joined the faculty at Cal Poly Pomona, and serves as an assistant professor in the Department of Civil Engineering.

During recent decades, there have been continuing efforts to study dam-break hydraulics, including numerical and experimental investigations of dam-break flows and the potential damage caused by the flows.

According to Zimmie, hydraulic erosion is a complicated phenomenon and depends on many different parameters. To improve design criteria for levees, embankments, and earthen structures, the development of realistic computer models that can simulate the erosion process is necessary.

Conventional three-dimensional scanning was used to precisely verify the calculated dimensions of initial and final computer model geometries, but did not yield interim data or measurements of the quantity of eroded soil during the tests.

The Kinect sensor was used to follow the progression of the soil erosion. The device was used to scan and evaluate the volume of eroded soil and variation of the shape of the channels as a function of time. Three-dimensional images were obtained, and variations of different parameters were plotted.

Based on recorded videos and pictures taken during the tests, it was discovered that the Kinect results agreed well with the physical models. The technical capabilities of the Kinect system can be duplicated in a custom design, but the cost could be several thousand dollars, Zimmie noted.

For the research team, the Kinect served as a low-cost sensor, enabling the measurement of the rate of soil erosion, which, if done at all, usually requires expensive equipment. The application of this method in other laboratory experiments was also investigated by the team.

Zimmie has been heavily involved with studies on the New Orleans levee failures caused by Hurricane Katrina. He was part of an NSF-sponsored investigative team that went to New Orleans shortly after Katrina. Zimmie also testified before the U.S. Senate Environment and Public Works committee that was holding hearings on Katrina levee failures. Since then, work on the levees has continued, in cooperation with the Corps of Engineers, using the Rensselaer geotechnical centrifuge, and this work also received a lot of interest from the media and various committees studying Katrina events.

The research findings were featured in the article titled, “New Visualization Method to Evaluate Erosion Quantity and Pattern,” which appeared in the American Society for Testing Materials (ASTM) Geotechnical Testing Journal.

Rensselaer Polytechnic Institute, founded in 1824, is America’s first technological research university. The university offers bachelor’s, master’s, and doctoral degrees in engineering; the sciences; information technology and web sciences; architecture; management; and the arts, humanities, and social sciences. Rensselaer faculty advance research in a wide range of fields, with an emphasis on biotechnology, nanotechnology, computational science and engineering, data science, and the media, arts, and technology. The Institute has an established record of success in the transfer of technology from the laboratory to the marketplace, fulfilling its founding mission of applying science “to the common purposes of life.” For more information, please visit http://www.rpi.edu.