Rensselaer Polytechnic Institute Announces New Leadership for Board of Trustees 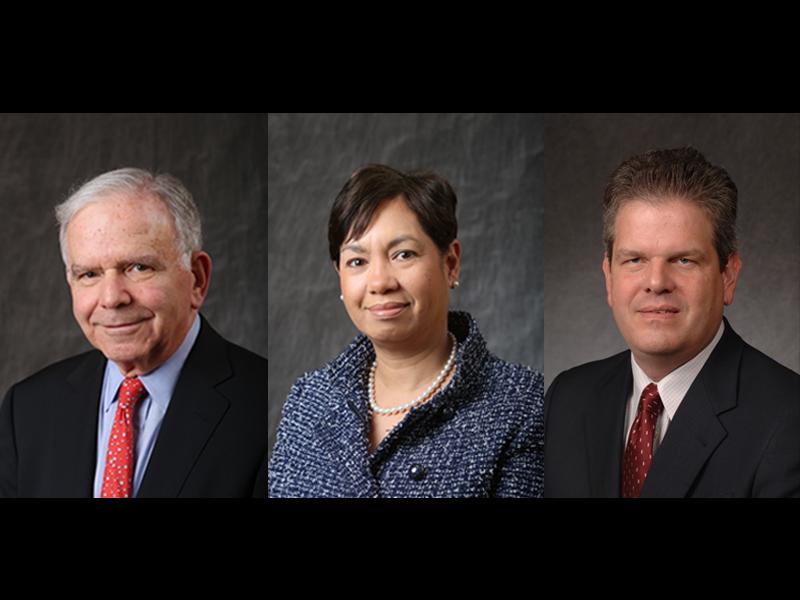 Rensselaer Polytechnic Institute Announces New Leadership for Board of Trustees

“We are grateful for the wisdom and partnership of these dedicated Rensselaer graduates, who as board members, have helped to guide Rensselaer in its transformation,” said Rensselaer President Shirley Ann Jackson. “We look forward to working with them to develop our students into the leaders who will solve the great global challenges of our time. In order to do so, we must engender in them intellectual agility, multicultural sophistication, and a global view.”

Golden is global co-chairman of Davis Polk & Wardwell LLP’s mergers and acquisitions practice, the senior Davis Polk partner, and for nine years was a member of the firm’s Management Committee. He is also the senior independent member of the board of directors of Emerson Electric. He regularly represents large multinational companies with respect to acquisition-related transactions; advises clients on corporate governance matters, shareholder activism, and defensive matters; and is the senior partner in the firm’s practice in competition and antitrust matters, which include domestic and international mergers and acquisitions and antitrust counseling and litigation, both private and governmental (civil and criminal).

Golden has successfully tried antitrust merger cases against the government and acted as one of the two lead negotiators for the U.S. tobacco industry in the effort to resolve, through legislation and settlements, the legal issues facing that industry.

After graduating from Rensselaer in 1966 with a bachelor’s degree in mathematics, Golden received his J.D. in 1969 from New York University School of Law, where he was an editor of the Law Review. He joined Davis Polk in 1969 and was elected to partnership in 1978.

Denson-Low ’78 retired in 2014 from her position as the senior vice president of the Office of Internal Governance for The Boeing Company, the world’s leading aerospace company. She was a member of the company’s executive council, and was named senior vice president in May 2007. She was responsible for the management and oversight of compliance, internal audit, ethics and business conduct, and global trade controls, which include all import and export activities for the entire Boeing Company.

Previously, Denson-Low served as the company’s vice president and assistant general counsel, leading the legal staff for the company’s $30 billion Defense and Space unit, BDS. Prior to that position, she was the vice president of human resources, responsible for the successful implementation of employee strategies and policies for the unit’s 70,000-person workforce.

Denson-Low earned her juris doctor from Brooklyn Law School and a bachelor’s degree in chemistry from Rensselaer. She is admitted to practice law in California and Connecticut.

Priem co-founded NVIDIA Corp. a manufacturer of graphics and multimedia integrated circuits, in 1993 and was its chief technical officer from 1993 to 2003. From 1986 to January 1993, Priem was senior staff engineer at Sun Microsystem, where he architected the GX graphics products, including the world’s first single chip GUI accelerator. From 1984 to 1986, Priem was a hardware engineer at GenRad Inc., a supplier of diagnostic equipment for electronic products. From 1982 to 1984, he was a staff engineer for Vermont Microsystems Inc., a personal computer company, where he architected IBM’s Professional Graphics Adapter, the PC industry’s first graphics processor.

Priem is an inventor with approximately 200 U.S. and international patents, all of which relate to graphics and input/output systems. He graduated from Rensselaer in 1982 with a bachelor’s degree in electrical engineering. In recognition of his historic $40 million unrestricted gift, Rensselaer named the Experimental Media and Performing Arts Center (EMPAC) in his honor.

Rensselaer has embraced the idea of The New Polytechnic, an emerging paradigm for teaching, learning, and research at the university. The foundation for this vision is the recognition that global challenges and opportunities are so great they cannot be adequately addressed by even the most talented person working alone. Rensselaer serves as a crossroads for collaboration—working with partners across disciplines, sectors, and geographic regions—to address complex global challenges, using the most advanced tools and technologies, many of which are developed at Rensselaer. The New Polytechnic is transformative in the global impact of research, in its innovative pedagogy, and in the lives of students at Rensselaer.