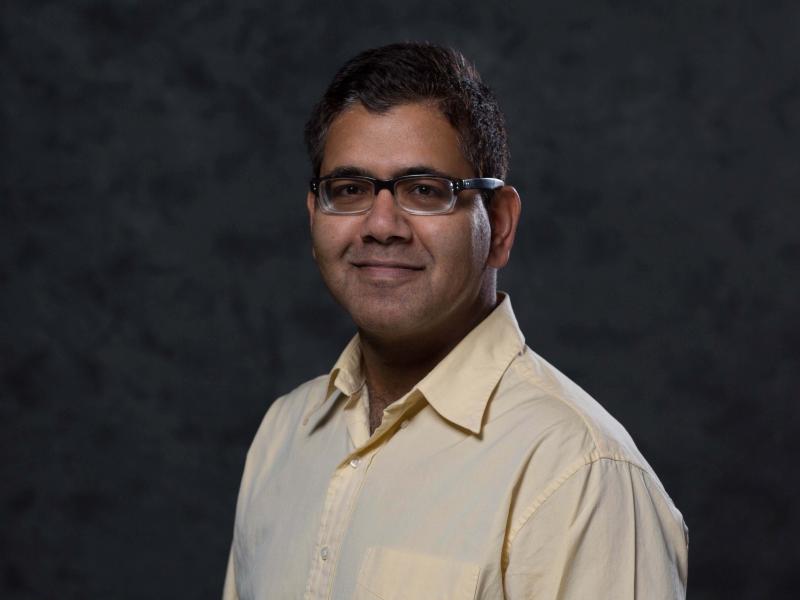 Mohammed Zaki, a Rensselaer Polytechnic Institute professor of computer science and an expert in scalable data mining techniques, has been named a fellow of the Institute of Electrical and Electronics Engineers (IEEE). Zaki is being recognized “for contributions to knowledge discovery and data mining.”

Fellowship in the IEEE is conferred upon a person with an outstanding record of accomplishment in any of the IEEE fields of interest, is the highest grade of membership, and is recognized by the technical community as a prestigious honor and career achievement. The total number of fellows selected in one year is restricted to one-tenth of 1 percent of the total voting membership.

The IEEE is the world’s leading professional association for advancing technology for humanity. Through its 400,000-plus members in 160 countries, the association is a leading authority on a wide variety of areas ranging from aerospace systems, computers, and telecommunications, to biomedical engineering, electric power, and consumer electronics.

“We are very proud of Professor Zaki for his transformational contributions to data science that enable actionable information to be discovered within reams of unstructured data,” said Curt Breneman, dean of the School of Science at Rensselaer. “Zaki’s accomplishments in data mining and knowledge discovery regularly touch our lives by providing computers with the capability of finding relationships in data that would not be obvious to human observers.  This ability contributes to national security, accurate medical diagnoses, and efficient business operations, among many other things.”

Zaki is one of the foremost researchers in the area of pattern mining. He has made seminal innovations in terms of algorithms and systems for discovering informative and useful patterns in massive and complex datasets. He has introduced several fundamentally novel algorithmic techniques that span many of the pattern mining tasks. His algorithms for item set mining, sequence mining, and graph mining remain among the fastest and most elegant solutions for the respective tasks. Keenly aware of scalability issues surrounding big data, Zaki has been a key innovator in scalable and parallel methods for various data mining tasks.

Zaki’s impact and influence in data mining are also reflected in his H-index of 61, with close to 20,000 total citations, and around 250 publications in the areas of data mining and bioinformatics. His recent textbook, Data Mining and Analysis: Fundamental Concepts and Algorithms (Cambridge University Press, 2014), is widely used in universities around the world; it has been downloaded over 100,000 times and accessed approximately 1.5 million times, from over 160 countries. He is currently serving on the board of directors for the ACM Special Interest Group on Knowledge Discovery and Data Mining (SIGKDD). He has served as a program chair for every major conference in data mining, including the premier SIGKDD conference.

Zaki’s research is enabled by the vision of The New Polytechnic, an emerging paradigm for higher education which recognizes that global challenges and opportunities are so great they cannot be adequately addressed by even the most talented person working alone. Rensselaer serves as a crossroads for collaboration — working with partners across disciplines, sectors, and geographic regions — to address complex global challenges, using the most advanced tools and technologies, many of which are developed at Rensselaer. Research at Rensselaer addresses some of the world’s most pressing technological challenges — from energy security and sustainable development to biotechnology and human health. The New Polytechnic is transformative in the global impact of research, in its innovative pedagogy, and in the lives of students at Rensselaer.