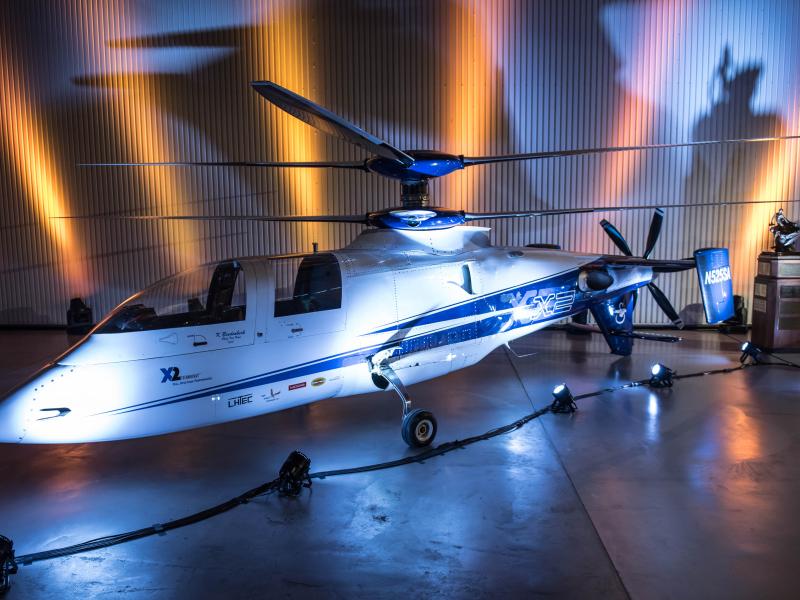 Space travel is heating up—and so are rocket fuel emissions. These companies are developing cleaner alternatives to protect earth first
Why Do Fossil Fuels Have So Much Carbon Stored in Them?
Rensselaer Creates Course Program Focused on Training in Micro and Nanofabrication Cleanroom Technology
Rensselaer Researcher Awarded NASA Space Biology Grant for Work Focused on Spaceflight Stressors
Moveable Robotic Platform Could Be the Future of Retail
February 8, 2017

Unique Feature of Rensselaer Polytechnic Institute Department of Mechanical, Aerospace, and Nuclear Engineering is Emphasis on Multidisciplinary Engineering Design as a Cornerstone of the Student Experience

“As part of the generation that watched NASA go to the moon, I have always been fascinated by aerospace, and have been lucky enough to be able to make a career out of it,” said Weiner who also serves Joint Multi-Role Technology Demonstrator at Sikorsky. “As an undergraduate, I was part of the team that worked on the spruce glider project that was led by Professor Emeritus Henrik Hagerup that eventually morphed into the composite RP-1. My job was certainly not exciting as I spent many hours sanding sections of the wing, but that experience taught me that you don’t need hundreds of people to build a viable aircraft, just a small, very dedicated team. When the X2 Technology Demonstrator™ took to the air 30 years later, it was the product of just that kind of team. During the whole project, the team size never exceeded 30 full time people, and all of the goals of the project were met or exceeded. Without that experience under Professor Hagerup’s guidance, I doubt the outcome would have been the same.”

The X2 Technology™ Demonstrator is an experimental aircraft developed by Sikorsky to prove that a helicopter can double the speed of conventional rotorcraft designs without compromising essential, low-speed attributes that make helicopters valuable. The aircraft features a unique suite of technologies, most notably the rigid coaxial main rotors and pusher propeller, which enable high-speed flight. The aircraft design began in 2005 and it achieved first flight in 2008.  Of special note, on September 15, 2010, the demonstrator unofficially broke the rotorcraft speed record by flying in excess of 250 knots, or about 290 mph.

“Our X2 Technology Demonstrator is a great example of the pioneering, innovative spirit our team has to accomplish what some people may believe to be impossible,” said Mark Miller, vice president of engineering and technology at Sikorsky. “X2 was a success for many reasons. Not only did that helicopter accomplish all of the key objectives we established, it also reinvigorated and energized our helicopter community to continue to reach new levels of technology. We are honored to have our helicopter join the ranks of the aircraft here at the Smithsonian.”

Home to three top-ranked engineering programs in the country, MANE is an unparalleled intellectual powerhouse that is uniquely positioned to solve some of the most challenging problems of our times and lead the nation and the world in groundbreaking research, innovative education, and service of the highest quality to all its stakeholders, according to Suvranu De, J. Erik Jonsson ’22 Distinguished Professor of Engineering, who also serves as the department head for MANE.

“With exponential growth in research, overwhelming student interest, and unprecedented recognition of its faculty and students in the national and international arena, this is indeed the most exciting time in the history of MANE,” De said. “MANE is a melting pot of ideas and innovation. A unique feature of MANE is its emphasis on multidisciplinary engineering design as a cornerstone of its student experience. While our research and education are firmly grounded in the fundamentals of energy, matter, and motion, we pride ourselves in pushing the boundaries in applications. The Smithsonian induction of the Sikorsky aircraft designed by Steve Weiner is a wonderful testament to the education and experience at Rensselaer that is focused on solving the grand challenges of our times.”

The X2 Technology™ Demonstrator has been awarded many accolades over its relatively short development lifespan. Due to the aviation milestones achieved, it was awarded the 100th Collier Trophy in 2010 “for the greatest achievement in aeronautics or astronautics in America, with respect to improving the performance, efficiency, and safety of air or space vehicles, the value of which has been thoroughly demonstrated by actual use during the preceding year,” the second time Sikorsky has won the prestigious award.

In addition to the Collier Trophy, the X2 Technology™ Demonstrator won the 2009 Popular Mechanics Breakthrough Innovator Award, a 2009 "Best of What's New" award from Popular Science, and was named “One of 2009’s Best Inventions” by Time magazine. In January 2010, Aviation Week named it "One of the Top 10 Technologies to Watch," and it was a finalist in the 2010 Aviation Week Laureate Awards category of Aeronautics and Propulsion.

While at Rensselaer, students also will experience facets of The New Polytechnic, an emerging paradigm for teaching, learning, and research at Rensselaer. The foundation for this vision is the recognition that global challenges and opportunities are so great they cannot be adequately addressed by even the most talented person working alone. Rensselaer serves as a crossroads for collaboration—working with partners across disciplines, sectors, and geographic regions—to address complex global challenges, using the most advanced tools and technologies, many of which are developed at Rensselaer. Research at Rensselaer addresses some of the world’s most pressing technological challenges—from energy security and sustainable development to biotechnology and human health. The New Polytechnic is transformative in the global impact of research, in its innovative pedagogy, and in the lives of students at Rensselaer.