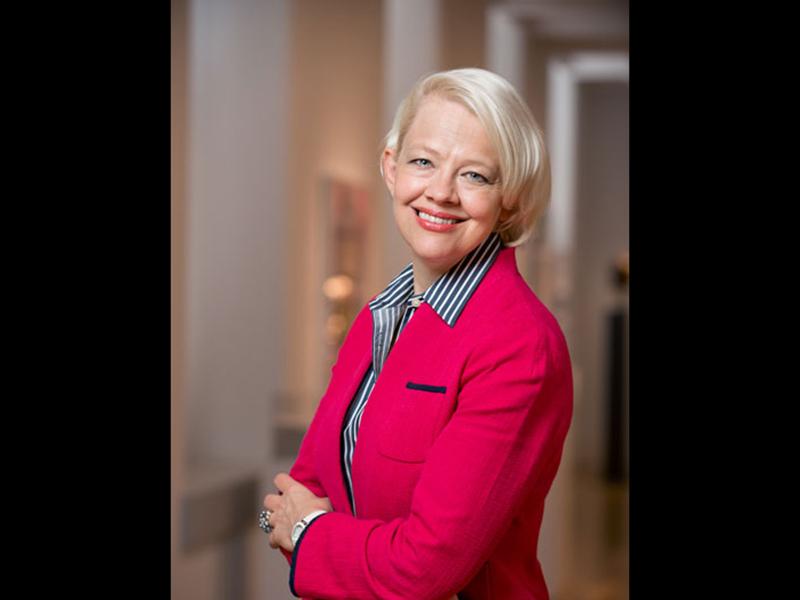 Organic Materials in Martian Meteorite Formed by Interactions Between Water and Rock
Cryptocurrency is volatile, yes. But is it just a trend, or here to stay?
Gauging the Resilience of Complex Networks
Climate Change in the Capital Region: The Real Impact
Minnesota’s lakes are running low on oxygen
February 14, 2017

Kim Sajet, director of the National Portrait Gallery, to speak at Rensselaer Feb. 15

Troy, N.Y. — According to Kim Sajet, director of the Smithsonian Institution National Portrait Gallery, it has been suggested that in today’s surveillance culture, anonymity is impossible. Just as every person’s face—like DNA or a thumbprint—is unique, portraiture makes everyone traceable. Sajet has been invited by Rensselaer Polytechnic Institute President Shirley Ann Jackson to speak to members of the campus and local community on Wednesday, Feb. 15. She will deliver a lecture titled “Make I Contact. Portraiture & (Me)mory” from 1 to 2:30 p.m. in the Center for Biotechnology and Interdisciplinary Studies (CBIS) Howard P. Isermann auditorium. The lecture is co-sponsored by the Office of the President and the School of Humanities, Arts, and Social Sciences.

“Director Sajet is not only a superb museum manager, she also is a scholar and a curator who is passionate about both art and history—and the ways that the Smithsonian can use art to teach us about our nation, and ourselves,” President Jackson said. “We are so delighted to welcome her to Rensselaer Polytechnic Institute, where we educate our students to think deeply about the connections between the arts, and science, and engineering, through a curriculum-wide initiative we call Art_X.”

Coming to the gallery in April 2013, Sajet oversees a staff of 65 with an annual federal budget of about $9 million (fiscal year 2013) and a collection of about 21,000 objects. The mission of the National Portrait Gallery is to tell the story of America by portraying the people who shape the nation’s history, development, and culture. The gallery was authorized and founded by Congress in 1962 with the mission to acquire and display portraits of “men and women who have made significant contributions to the history, development, and culture of the people of the United States.”

Today, the Smithsonian’s National Portrait Gallery continues to narrate the multifaceted and ever-changing story of America through the individuals who have shaped its culture. Through the visual arts, performing arts, and new media, the Portrait Gallery presents poets and presidents, visionaries and villains, actors and activists whose lives form our national identity. Over the years the collections, which were initially restricted to paintings, prints, drawings, and engravings, have grown to over 22,000 items in all media, from daguerreotypes to digital.

Prior to joining NPG, Sajet was president and CEO of the Historical Society of Pennsylvania, from 2007 to 2013. Previously she served as senior vice president and deputy director of the Pennsylvania Academy of the Fine Arts, the oldest art museum and school in the country. From 1998 until 2001, Sajet served as director of corporate relations at the Philadelphia Museum of Art, and served first as curator and then the director of two Australian art museums from 1989 until 1995. In addition to 20 years of arts management experience, she has written a number of scholarly publications, curated permanent-collection and touring exhibitions, and spoken at academic symposia. Her most recent publication was on American artists who worked in Dutch art colonies between 1880 and 1914.

Sajet earned a master’s degree in art history at Bryn Mawr College, a master’s degree in business administration at Melbourne University Business School in Australia, a bachelor’s degree, also in art history, at Melbourne University, and a graduate diploma in museum studies from Deakin University in Australia. She has completed arts leadership training at the Harvard Business School, the Getty, and National Arts Strategies. Born in Nigeria, she was raised in Australia and is a citizen of the Netherlands. Sajet also speaks Dutch and French.

“Portraiture has also always been about the melding the humanities with the sciences,” said Sajet. “A healthy spirit of inquiry into the history of innovation posits portraiture as a model for talking about politics, religion, philosophy, psychology, geography, and, of course, great design. Always political in nature, a historical portrait cannot illustrate the ‘truth’ of someone’s appearance, let alone their accomplishments. Particularly in terms of selfie-culture and the endless forms of narcissism it promotes, all portraiture empowers individuals to attain a broad knowledge of the wider world as well as a healthy dose of skepticism about their surroundings.”

“The School of Humanities, Arts, and Social Sciences responds to the world’s greatest challenges with agenda-setting research on human societies, institutions, minds, arts, and cultures,” said Dean Mary Simoni. “We enter the 21st Century with a sense of wonder, affected by a technological revolution and global awareness never before experienced by humanity. In HASS, we recognize all knowledge as situated knowledge and consider multiple perspectives essential for sustained human flourishing. With Art_X, we’re poised to energize teaching and research at the intersection of the arts and sciences.”

The upcoming visit from the National Portrait Gallery, lecture, and class presentations and demos exemplify The New Polytechnic, an emerging paradigm for teaching, learning, and research at Rensselaer. The New Polytechnic emphasizes and supports collaboration across disciplines, sectors, and regions to address the great global challenges of our day, using the most advanced tools and technologies, many of which are developed at Rensselaer.