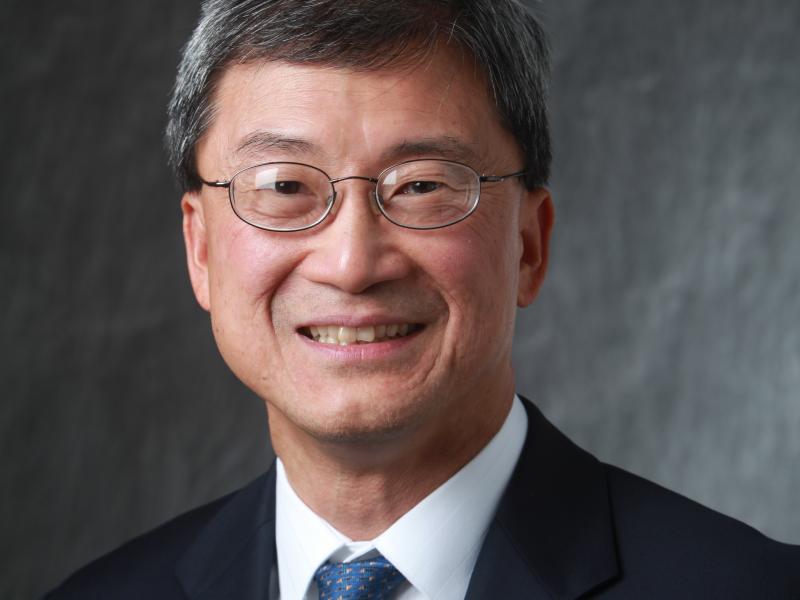 Joe Chow, power grid control expert and professor of electrical, computer, and systems engineering at Rensselaer Polytechnic Institute, has been elected to the National Academy of Engineering (NAE). Chow was elected for his technical contributions to modeling, analysis, and control of large-scale power grids. Photo credit: Rensselaer Polytechnic Institute

Chow recognized for his technical contributions to modeling, analysis, and control of large-scale power grids

Troy, N.Y. — Joe Chow, power grid control expert and professor of electrical, computer, and systems engineering at Rensselaer Polytechnic Institute, has been elected to the National Academy of Engineering (NAE). Chow was elected for his technical contributions to modeling, analysis, and control of large-scale power grids.

Election to the NAE is among the highest professional distinctions accorded to an engineer. Academy membership honors those who have made outstanding contributions to “engineering research, practice, or education, including significant contributions to the engineering literature” and to “the pioneering of new and developing fields of technology,” according to the organization.

Over the past three decades, Chow has been at the cutting edge of electric power systems engineering. His work in modeling and control of large-scale power systems has growing applications in development and maintenance of smart grids. For example, his work on synchrophasors, devices that make real-time measurements of electrical quantities, allows new mechanisms to monitor the power grid for boosting the amount of energy that can be reliably transmitted on high-power, high-voltage electric grids.

Chow serves as the campus director of the Center for Ultra-wide-area Resilient Electric Energy Transmission Networks (CURENT), jointly funded by NSF and the U.S. Department of Energy. CURENT is dedicated to developing the next generation of electric grids, or “smart grids,” that promise higher efficiency, greater reliability, and the smooth integration of renewable energy sources into large power transmission systems.

“All of us are truly delighted with the news of Joe’s election to the NAE,” said Shekhar Garde, dean of the School of Engineering at Rensselaer. “His career at Rensselaer is a shining example of excellence in research, teaching, and selfless service sustained over three decades. His impact has been tremendous indeed. Energy and sustainability are among the grand challenges facing humanity, and Joe’s work in electric power systems is making a difference on both fronts.”

Chow’s research exemplifies the vision of The New Polytechnic, an emerging paradigm for teaching, learning, and research at Rensselaer, the foundation of which is the recognition that global challenges and opportunities are so great they cannot be adequately addressed by even the most talented person working alone. Rensselaer serves as a crossroads for collaboration — working with partners across disciplines, sectors, and geographic regions — to address complex global challenges, using the most advanced tools and technologies, many of which are developed at Rensselaer.

Chow received his bachelor’s degrees in mathematics and electrical engineering from University of Minnesota, and his master’s and Ph.D. from University of Illinois at Urbana-Champaign. He worked at GE as a power and systems engineer for nine years, and joined Rensselaer in 1987. Chow has served in various leadership positions in the department, school, and the Institute. In addition, he has supervised 25 Ph.D. students, over 30 master’s degree students, and has mentored numerous junior faculty.

Chow has published more than 250 papers in technical journals and conference proceedings. He has also published two books in the area of controls, two research monographs on large-scale power systems model reductions, and is the editor of three volumes of contributed papers. He is also the editor for the Power Electronics and Power System Series for Springer Publishing. His algorithm for identifying coherent generators in large power systems is used widely in the industry software packages. His MATLAB Power System Toolbox is used by numerous universities and companies worldwide.

“It is a great honor to be recognized by colleagues from the engineering community,” Chow said. “This recognition is enabled by my numerous students and collaborators who really make it fun to be working on challenging problems to make a difference.”

The newly elected class of NAE members will be formally inducted during a ceremony at the NAE’s annual meeting that will be held in Washington, D.C., on Oct. 8, 2017.