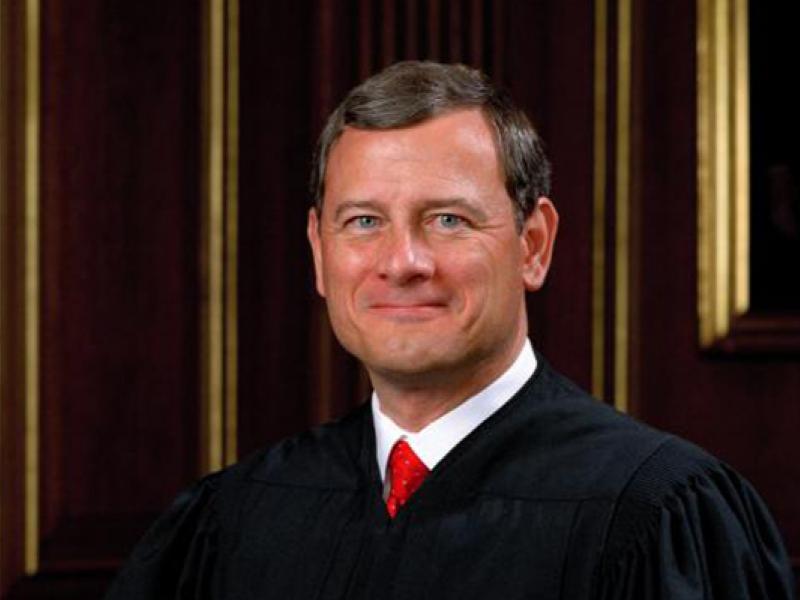 Talk will include a conversation with President Shirley Ann Jackson

The Honorable John G. Roberts, Jr., Chief Justice of the United States, will take part in a conversation with Rensselaer President Shirley Ann Jackson, a recent recipient of the National Medal of Science, on Tuesday, April 11. The event will be held in the Curtis R. Priem Experimental Media and Performing Arts Center on the Rensselaer campus.

“We are delighted to draw visitors of the stature of Chief Justice Roberts to Rensselaer, and to have our students interact with them,” said President Shirley Ann Jackson. “It is one thing to tell our students that intellectual agility, multicultural sophistication, and a global view are valuable. But it is another to allow them to hear from sophisticated and intellectually agile individuals who have united unlike ideas in their own careers—and in the process, changed the world. The result is not just education, but also inspiration.”

In the last year, Rensselaer has played host to many notable guests, including former CIA Director John O. Brennan and Nobel Prize laureate Thomas Cech. During Reunion & Homecoming weekend last fall, President Jackson moderated a panel discussion with three alumni National Medal winners—Ted Hoff ’58, the inventor of the microprocessor, Steve Sasson ’72, the inventor of the digital camera, and Jayant Baliga ’74, the inventor of the insulated gate bipolar transistor. At the 2016 Commencement ceremony, Rensselaer bestowed honorary degrees on Ertharin Cousin, Executive Director of the United Nations World Food Programme, David J. Skorton, Secretary of the Smithsonian, and Steven Weinberg, Nobel Prize winner and the Josey Regental Chair in Science at the University of Texas. They also took part in the President’s Colloquy discussion on “The Unity Underlying Diversity.”

Campus speakers such as Chief Justice Roberts help to demonstrate the vision of The New Polytechnic, an emerging paradigm for teaching, learning, and research at Rensselaer. The foundation for this vision is the recognition that global challenges and opportunities are so great they cannot be adequately addressed by even the most talented person working alone. Rensselaer serves as a crossroads for collaboration—working with partners across disciplines, sectors, and geographic regions—to address complex global challenges, using the most advanced tools and technologies, many of which are developed at Rensselaer.