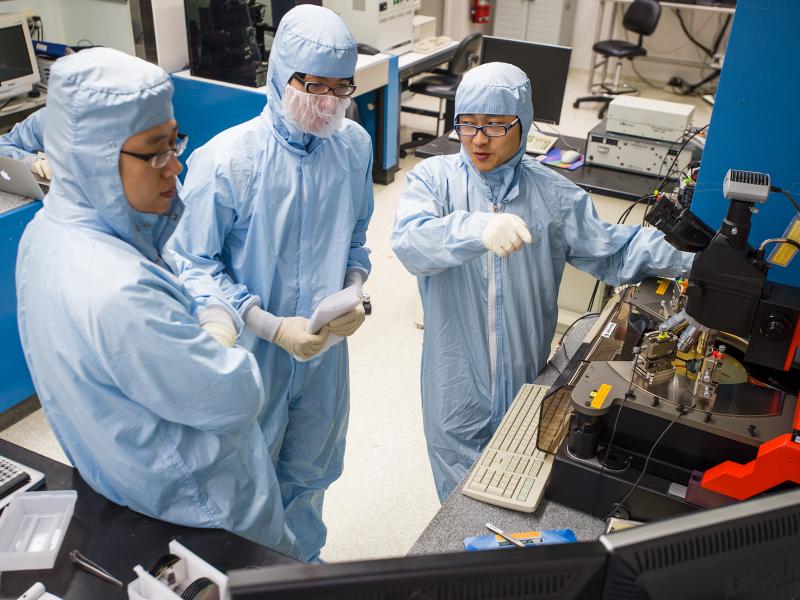 Space travel is heating up—and so are rocket fuel emissions. These companies are developing cleaner alternatives to protect earth first
Why Do Fossil Fuels Have So Much Carbon Stored in Them?
Rensselaer Creates Course Program Focused on Training in Micro and Nanofabrication Cleanroom Technology
Lighting Up Troy
Rensselaer Researcher Awarded NASA Space Biology Grant for Work Focused on Spaceflight Stressors
March 27, 2017

The graduate programs in engineering at Rensselaer Polytechnic Institute are once again considered among the best in the United States, according to the U.S. News & World Report Best Graduate Schools rankings released last week. For the third year in a row Rensselaer’s graduate engineering programs have been ranked 39th in the nation.

This recognition mirrors that of the Institute as a whole; in September, U.S. News ranked Rensselaer Polytechnic Institute 39th among national universities. Rensselaer’s graduate engineering programs have ranked in the top 50 for the past 17 years.

“Rensselaer Engineering is nationally competitive and globally recognized. Our faculty and students are performing multidisciplinary research that is linked to global challenges. And, through innovative pedagogy, we are defining and leading the 21st century technological education,” said Shekhar Garde, dean of the School of Engineering at Rensselaer.

The School of Engineering, one of five schools at Rensselaer, is home to seven departments offering 11 undergraduate and 18 graduate degrees. Currently more than 3,500 undergraduate and 700 graduate students are enrolled, including 450 who are pursuing doctoral degrees. The school attracts over $50 million annually in external research funding in areas closely aligned with those of the Institute, aimed at addressing some of the world’s most pressing technological challenges, from energy security and sustainable development to biotechnology and human health.

Rensselaer Polytechnic Institute educates 6,200 undergraduate and 1,100 graduate students on campuses in Troy, New York, and Hartford, Connecticut. In addition to Engineering, the university offers more than 130 programs at the bachelor’s, master’s, and doctoral levels in the schools of Science; Architecture; Humanities, Arts, and Social Sciences; and the Lally School of Management; as well as an interdisciplinary degree in Information Technology and Web Science.

The School of Engineering embodies the idea of the New Polytechnic, an emerging paradigm for higher education that envisions the university as a crossroads for collaboration across disciplines, sectors, and geographical regions, harnessing the power of modern tools and technologies to address the complex problems of the world. The New Polytechnic is transformative in the global impact of research, in its innovative pedagogy, and in the lives of students at Rensselaer.