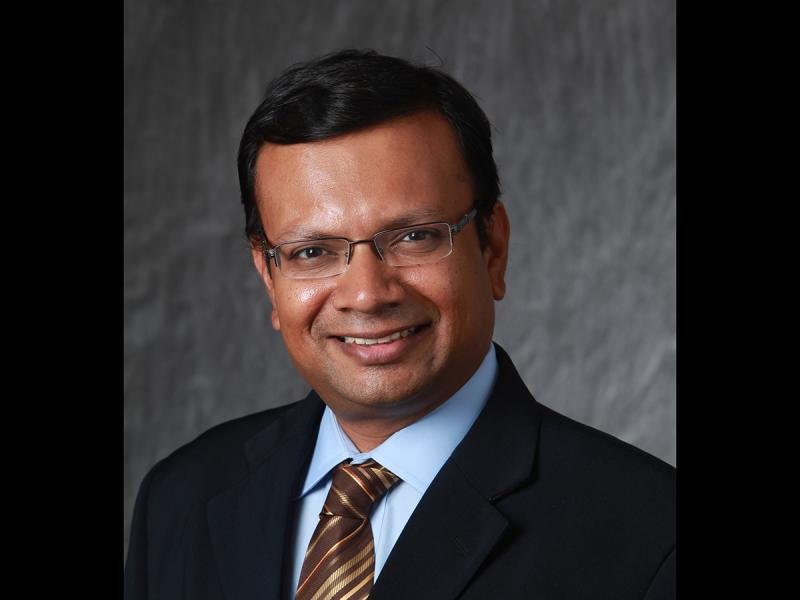 Suvranu De, the J. Erik Jonsson ’22 Distinguished Professor of Engineering and head of the Department of Mechanical, Aerospace, and Nuclear Engineering at Rensselaer Polytechnic Institute, has been selected as a fellow of the U.S. Association for Computational Mechanics (USACM). He will be recognized at the awards ceremony of the 14th U.S. National Congress on Computational Mechanics, to be held July 17-20, 2017, in Montreal, Canada.

The USACM selects as fellows individuals with a distinguished record of research, accomplishment, and publication in areas of computational mechanics and demonstrated support of the USACM.

A prolific researcher, De is known internationally for his work on meshfree methods, multiscale modeling, and real-time computing as they are applied to the numerical solution of coupled partial differential equations.

“Selection as a fellow of USACM is a wonderful recognition of Professor De’s contributions to the area of computational science and engineering,” said Shekhar Garde, dean of the School of Engineering at Rensselaer. “Professor De’s work combines various disciplines from applied mathematics and advanced computation to haptic and immersive systems enabling high impact applications to the area of virtual surgery. This work truly embodies the spirit of the New Polytechnic.”

De is the founding director of the Center for Modeling, Simulation and Imaging in Medicine (CeMSIM) at Rensselaer. The center was established in 2010 to develop advanced modeling, simulation and imaging (MSI) technology for health care through interdisciplinary collaborations with the aim of transitioning the technology to clinical practice―from the laboratory bench to the hospital bedside.

In 2016 De was elected a fellow of the International Association for Computational Mechanics (IACM). He also was inducted into the College of Fellows of the American Institute for Medical and Biological Engineering for “outstanding contributions to developing computational algorithms for virtual surgery and for leadership in engineering education.”

De has authored or co-authored 13 book chapters, 127 papers in peer-reviewed journals, and more than 209 papers appearing in conference proceedings. He has co-edited two books, Computational Modeling in Biomechanics, and Multiscale Modeling in Biomechanics and Mechanobiology, and serves on editorial boards of national and international conferences and journals and on several peer-review panels of federal funding organizations.

De’s work is a reflection of The New Polytechnic, an emerging paradigm for teaching, learning, and research at Rensselaer. The New Polytechnic emphasizes and supports collaboration across disciplines, sectors, and regions to address the great global challenges of our day, using the most advanced tools and technologies, many of which are developed at Rensselaer.