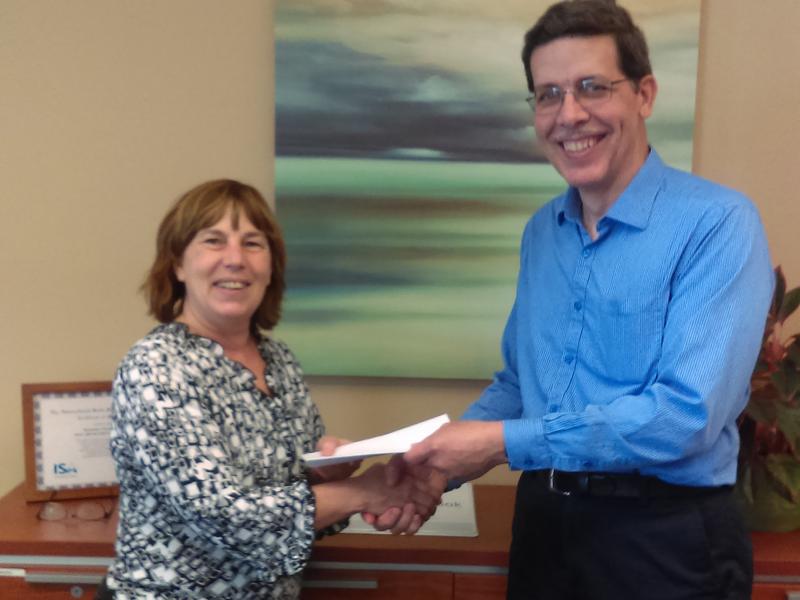 Rensselaer Researchers Make Virus-Fighting Face Masks
Are Immigrant Workers Impacted By Turmoil In Their Home Countries?
Think Working From Home Won’t Hurt Your Career? Don’t Be So Sure
New Theory of Decision-Making Seeks To Explain Why Humans Don’t Make Optimal Choices
The delivery market is coming down from its pandemic highs
June 30, 2017

Troy, N.Y. — Recent advances in solid-state lighting technology are enabling the development of “designer” crops, according to Rensselaer Polytechnic Institute plant physiology expert Tessa Pocock, who serves as a senior research scientist at the Center for Lighting Enabled Systems & Applications (LESA). The impact of lighting on plants is the core focus for Pocock, who conducts research in both academic and industry settings around the mechanism of photosynthesis on plant development and regulation by light for traditional greenhouse crops and the emerging field of medicinal plants. Recently, Pocock and her team received a $25,000 grant from William Beers, Black Belt/Senior Systems Engineer at Current, powered by GE, to support continued work on sensing and signaling in plants.

In May, Beers attended Pocock’s Phosphor Global Summit 2017 seminar, titled “Sensing and Signaling Networks in Plants. What’s Light Got to Do with It?” According to Pocock, light is the primary energy source required for crop growth and development but it also contains signals that shape the plant down to sub-cellular levels. Two sensing and signaling networks exist in plants; however, their regulation is crop-specific. Pocock’s presentation focused on the assessment of lighting and spectral distributions on photosynthesis, growth, and phytochemical value. Following the presentation, Beers approached Pocock to discuss her research related to the impact of lighting on plants.

Later that month, Beers was honored by GE as one of their exceptional engineers, and received the Edison Award during a ceremony held at the GE Global Research Center. Named for Thomas Alva Edison, the Edison Award honors employee excellence in product innovation, customer service, and organizational citizenship. The award also comes with a $25,000 grant, which Beers chose to present to Pocock and her team.

“I hope that it will be possible to develop new sensors to obtain feedback from plants enabling more efficient growth and food production, and I look forward to seeing the results from the students’ work,” said Beers.

“The generous contribution by Bill Beers and Current, powered by GE, will be used to promote training and education in the plant sciences for undergraduate engineering students at RPI,” said Pocock. “Engineered systems are important components in plant growth facilities (greenhouses and plant factories) and successful infrastructure requires intimate understanding of living systems. This award will be used to purchase equipment, such as a leaf area meter, that will be used by students to broaden the scope of their experiments.”

Today, LESA’s vision is focused on creating digitized illumination for new applications in lighting, healthcare, building management, horticulture, and advanced 5G wireless communications platforms. The further investigations into controlled environments for agriculture and the recent announcement of a newly formed public-private consortium called GLASE—The Greenhouse Lighting and Systems Engineering Consortium to further reduce energy consumption exemplifies The New Polytechnic, an emerging paradigm for teaching, learning, and research at Rensselaer. The New Polytechnic emphasizes and supports collaboration across disciplines, sectors, and regions to address the great global challenges of our day, using the most advanced tools and technologies, many of which are developed at Rensselaer. Research at Rensselaer addresses some of the world’s most pressing technological challenges—from energy security and sustainable development to biotechnology and human health. The New Polytechnic is transformative in the global impact of research, in its innovative pedagogy, and in the lives of students at Rensselaer.

Funded primarily by the National Science Foundation (NSF), the LESA Engineering Research Center (ERC) is an interdisciplinary, multi-university center developing “Smart Lighting Systems that See and ThinkTM”.  The center engages faculty members, graduate students, research staff, and undergraduates to work on research leading to smart lighting systems with adaptive and controllable properties that will change the way society uses lighting. The center joins academia, industry, and government in partnership to produce transformational engineered systems, along with engineering graduates who are adept at innovation and primed for leadership in the global economy. The LESA ERC is headquartered at Rensselaer Polytechnic Institute in Troy, N.Y., and partners with Boston University, the University of New Mexico, and Thomas Jefferson University to achieve its objectives. http://lesa.rpi.edu