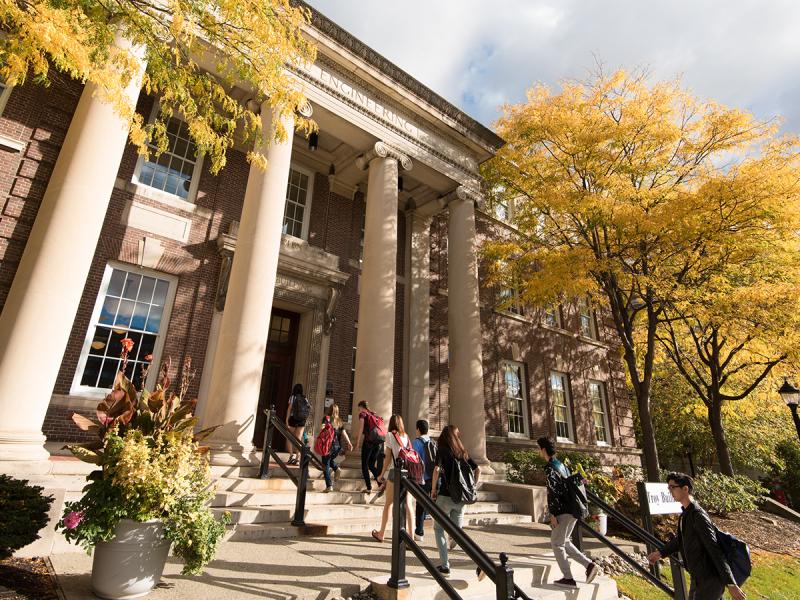 One of Rensselaer’s most diverse classes joins the Institute

This weekend, 1,682 new students will make their way to Rensselaer Polytechnic Institute to start the next stage of their academic careers. The first-year students hail from 42 states, the District of Columbia, and Puerto Rico. As a reflection of Rensselaer’s global reach, almost 300 students come from countries around the world. The first-year students will move in on Saturday, August 26. Classes begin on Thursday, Aug. 31

The high-achieving group includes 89 valedictorians or salutatorians of their high school graduating class, and 107 students with a score of 800 on the SAT critical reading or math exams. The SAT class average was 1400 based on the 1600 scale.

The Class of 2021 includes students who have been nominated for the Rensselaer Medal, a scholarship awarded to the top math and science students at high schools across the country. This year, 222 Medal winners have joined Rensselaer. The Medal was first presented in 1916 with two purposes: to recognize the superlative academic achievement of young men and women, and to motivate students toward careers in science, engineering, and technology.

“We are thrilled to be welcoming the Class of 2021 to campus,” said Jonathan Wexler, vice president for enrollment management. “The incoming freshman class is one of the strongest academically, and most diverse ethnically and geographically in the history of Rensselaer. They are a great representation of The New Polytechnic.”

Not surprisingly today, the Class of 2021 is health-and-fitness conscious —846 of the incoming students participated in sporting activities and 49 were captains of athletic teams in high school. In addition, the class includes one student who participated in a bike race from sea level to the visitor center at Mauna Kea in Hawaii totaling a 10,000-foot-gain in elevation—in just under 50 miles. Another became an Adirondack 46er (someone who has climbed the 46 high peaks in New York state) at the age of 15.

Given Rensselaer’s focus on preparing well-rounded students, it’s fitting that the class includes musicians, artists, and actors. Many of the students have performed in venues around the country and around the world. One incoming student has worked as an actress on many television shows, while another describes herself as a professional domino artist. She is the most subscribed domino artist in the world (on Youtube) with more than 150 million views, which led to an appearance on the Today show.

The class includes students who have given time of themselves for others. Students have volunteered their time to help in schools, to help with environmental causes, and to help within their religious communities.

Entrepreneurship is a trait exhibited by several of the new students. One created her own business on ETSY; another student was part of a team that created a prosthetic arm for an amputee; and another created a cup coaster with the function of charging a mobile phone using the heat from the hot water in the cup. All of these students have embraced the Rensselaer motto, “why not change the world?”

Members of the Class of 2021 participated in Student Orientation during July and early August. From Aug. 26 to Aug. 30, Rensselaer will officially welcome the new first-year students and introduce them to the local community through a weeklong series of events known as “Navigating Rensselaer & Beyond” (NRB). Created under The Rensselaer Plan in 2001, NRB is usually organized around three general themes: adventure/team building; historical/cultural; and community service opportunities that are designed to familiarize first-year students with the Rensselaer campus, and the city of Troy and surrounding areas as a way to lessen student stress.

While at Rensselaer, the new students will experience facets of The New Polytechnic, a new paradigm for learning and research. Rensselaer leads by using advanced technologies to unite a multiplicity of disciplines and perspectives, in order to take on large, multifaceted challenges to become transformative in three fundamental ways: in the global impact of our research, in our innovative pedagogy, and in the lives of our students.