The Man Behind the Brooklyn Bridge 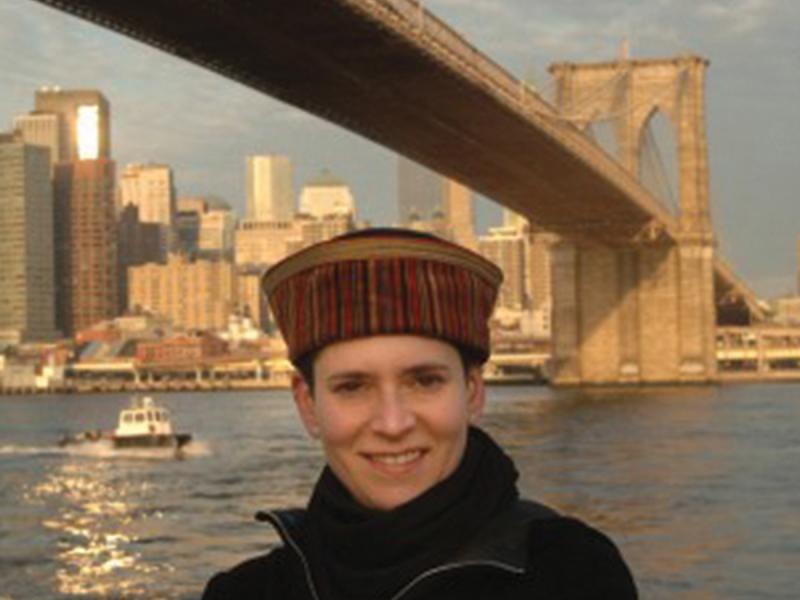 Author Erica Wagner will speak at Rensselaer on Sept. 11.

The Man Behind the Brooklyn Bridge

Forum to feature dialogue with Rensselaer archivist and author of “Chief Engineer: Washington Roebling, The Man Who Built the Brooklyn Bridge”

The Friends of the Folsom Library at Rensselaer have announced the third Carl A. Westerdahl Forum, which will take place Monday, Sept. 11, on the Troy campus. The program will feature a dialogue with Rensselaer archivist Jen Monger and Erica Wagner, author of the recent biography Chief Engineer: Washington Roebling, The Man Who Built the Brooklyn Bridge, published by Bloomsbury.

Wagner did much of her research on Washington Roebling, who graduated from Rensselaer in 1857, at the Rensselaer Institute Archives. The process of discovery was illuminating, both for her and for the archivist who helped her. Andrew White, director of the Rensselaer Libraries, will moderate a dialogue between the two.

“We will focus on seminal moments in the life of Washington Roebling that illustrate information that Erica found, unique to the Rensselaer Archives, that propelled her research and inspired her writing,” said White. “We will explore, as well, how her active research changed for us, in some instances, the context of what we have in our Roebling collection.”

The forum will take place in the Center for Biotechnology and Interdisciplinary Studies Auditorium on the Rensselaer campus at 7 p.m. A reception will follow the forum, along with an opportunity to purchase a copy of the book and have it signed by the author.

The Folsom Library at Rensselaer has created an interactive exhibit, Finding Roebling, as a companion to Wagner’s biography and will host a symposium on “The Post-Digital Library” on Tuesday, Sept. 12.

“The exhibition will allow viewers to experience the archives in an unprecedented way, enriching their relationship with primary documents and the life of Washington Roebling in ways that attempt to bring people closer to the man who built the Brooklyn Bridge,” said Monger.

Writer and critic Erica Wagner was the literary editor of the London Times for 17 years and is a contributing writer for the New Statesman and consulting literary editor for Harper’s Bazaar. She is the author of Ariel’s Gift: Ted Hughes, Sylvia Plath, and the Story of Birthday Letters, the short story collection Gravity, and the novel Seizure. In 2014 she received the Eccles British Library Writer’s Award.

Chief Engineer has been described by critics as a “keenly observed and deeply felt biography” (Andrew Solomon), and “a classic, as lovingly and meticulously constructed as the bridge itself…a triumph of a book” (Simon Winchester).

“Biography is an act of imagination as much as it is an exercise in fact-finding,” writes Wagner. “A journey into a great archive is an adventure. Some treasures are expected, others are not. Each day in the Fixman Room at Rensselaer’s Institute Archives and Special Collections was a wonder.”

There is no cost for the event, but RSVPs are requested. For more information about the program, or to RSVP, contact Kathy Stebbins, Folsom Library, (518) 276-8346, stebbk@rpi.edu.

Students studying at Rensselaer will experience The New Polytechnic, a new paradigm for learning and research. Rensselaer leads by using advanced technologies to unite a multiplicity of disciplines and perspectives, in order to take on large, multifaceted challenges to become transformative in three fundamental ways: in the global impact of our research, in our innovative pedagogy, and in the lives of our students.