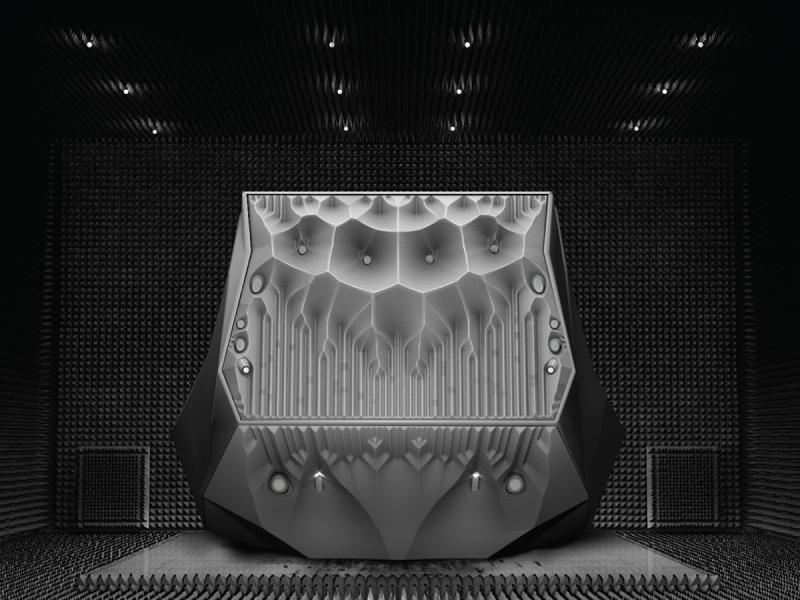 New work from the Rensselaer Polytechnic Institute School of Architecture that explores sustainable building practices, new design and fabrication strategies, architectural acoustics, and the integration of new technologies will be showcased at the World Maker Faire New York, billed as “the Greatest Show (and Tell) on Earth and premier gathering place on the East Coast for makers of all kinds.” The event will take place September 23 and 24 at the New York Hall of Science in Queens, New York.

The World Maker Faire New York celebrates the current generation of thinkers and makers who are exploring the hybridization of art, science, and technology to change the future. More than 750 makers will share their DIY projects with making enthusiasts this weekend. Attendees will have the opportunity to experience the innovation, creativity, and ingenuity for which the Faire is known—from hobbies and unique inventions to prototypes and new products coming to market.

According to Evan Douglis, dean of the Rensselaer School of Architecture, “Our faculty are at the forefront of design exploring new applications for technology. Their unwavering commitment to move theory into practice exemplifies the entrepreneurial spirit of our program, as well as all those participating in the World Maker Faire New York.”

The following projects and faculty will be showcased:

Lydia Kallipoliti: “Poufs”—Her “poufs” are unique seat cushions inspired by her exhibit “Guinea Pigs: A Minor History of Engineered Man,” a research project of experimental history and immersive scholarship. Kallipoliti’s research focuses on recycling material experiments and the intersection of cybernetic and ecological theories in the 20th century.

Todd Thomas, a 1993 graduate of the Rensselaer School of Architecture, and Jessica (Clark) Thomas, a 1996 Rensselaer graduate, are the co-founders of Tinker|Bristol, Rhode Island’s nonprofit manufacturing incubator and makerspace. Todd Thomas is the Rhode Island Maker Ambassador—part of the Nation of Makers, a national nonprofit started by the Whitehouse Executive Office of Science & Technology Policy. He was one of 50 people tapped initially to promote and advocate for makers in the U.S.

“Having one foot in the architectural design-build world and the other in the maker community, I have long been wanting to pull architects and engineers into the maker world to see the amazing rapid prototyping and advanced manufacturing/materials things going on out there,” Thomas said. “Also, architects have frankly been ‘makers’ since the days of the pyramids. This is what prompted us to do a curated exhibit this year where we bring bleeding-edge design and designers to the World Maker Faire to show off what is going on outside our industry’s sometimes cloistered walls.”

Thomas connected with his alma mater and invited faculty to bring a selection of Rensselaer School of Architecture work to display as part of a curated exhibit at the World Maker Faire New York.

In addition to Rensselaer, the curated exhibit will include work from the architectural firm SASAKI ; www.IYRS.edu; an electric transportation startup; a company doing floating power generating mooring platforms with an end goal of floating off-grid housing units; and a number of others.

The Faire will showcase the technological innovations and imagination that are transforming the boundaries of engineering, architecture, biotech, maritime, toy design, construction methods, entrepreneurship, electronics, structures, smart design, and more.

For more information about the Rensselaer School of Architecture, visit http://www.arch.rpi.edu/.