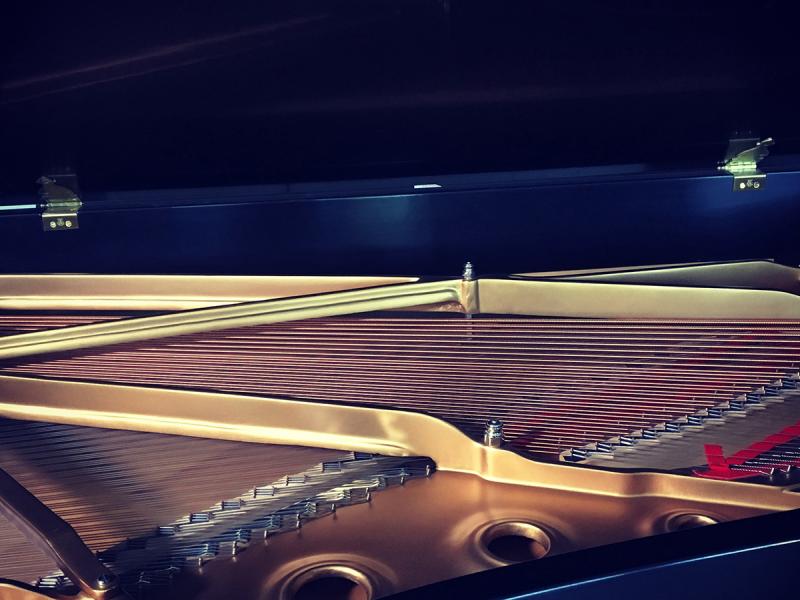 What gives music its appeal? Why does one composition enthrall and endure, while another falls flat?

Internationally recognized composer and researcher Gareth Loy draws his explanation from cognitive science, information theory, connectionism, and music theory. He will share his findings on Wednesday, October 25, during “A Theory of Musical Interest,” the keynote address of the Art_x Symposium of Music, Sound, and Mathematics at Rensselaer Polytechnic Institute. The event is free and open to the community.

“Art_x is bringing together Rensselaer artists, scientists, engineers, architects, and business experts in engaging new ways,” said Rensselaer President Shirley Ann Jackson. “Through Art_x, they are challenging themselves and one another to think, discover, design, and create.”

In addition to Loy, the symposium features faculty from the Rensselaer Department of the Arts, Curtis R. Priem Experimental Media and Performing Arts Center (EMPAC), Department of Science and Technology Studies, and School of Architecture. They will present research on topics including musical composition based on spectral analysis, the use of Markov chains for generative musical form, live computer coding for musical performance, and interactive music driven by the analysis of 3-D character physics in game-play.

Loy’s keynote address seeks to answer the question, “What does music do that engages and holds our interest?”

“To live, music must be successful in Darwinian terms, by attracting and holding our interest,” Loy said. “Conventional music theory describes the structure of music but has little to say about why we listen, and yet this is an obvious question.”

An American author, composer, musician, and mathematician, Loy has over 40 years of industry and academic experience. He is the author of Musimathics: The Mathematical Foundations of Music, a two-volume reference guide on digital audio signal processing and music.

Loy was an early practitioner of music synthesis at Stanford University and wrote the first software compiler for the Systems Concepts Digital Synthesizer, also known as the Samson Box. More recently, he published the freeware music programming language Musimat, designed specifically for subjects covered in Musimathics, which is available as a free download. A graduate of San Francisco State University, Loy earned a Doctor of Musical Arts from Stanford.

He will be introduced by Mary Simoni, dean of the School of Humanities, Arts, and Social Sciences (HASS) at Rensselaer, which is a sponsor of the symposium. Other sponsors include Rensselaer alumnus George A. Articolo ’61, emeritus professor of mathematics at Rutgers University; the Vollmer Fries Lecture Fund; the School of Science; and AXIS: The Art_x Interdisciplinary Seminar.

Launched in fall 2015, the interdisciplinary Art_x exemplifies The New Polytechnic, a new way of thinking, teaching, learning, researching, and doing—one that breaks down barriers and fosters unprecedented levels of collaboration across disciplines and institutions.

“With Art_x, we seek to develop in our students the ability to see connections between different and, on the surface, seemingly unrelated fields of study. We encourage students to explore and develop a spirit for creative crossover,” said Rensselaer Provost Prabhat Hajela. “The intersection and integration between the arts writ large and the STEM (science, technology, engineering, and math) disciplines is a wonderful place to train minds for such intellectual agility.”

The Art_x Symposium will take place from 9 a.m. to 5 p.m. in Rensselaer’s EMPAC Studio Beta. For more information, go to http://www.hass.rpi.edu/pl/hass-events/?objectID=100004328 or contact Curtis Bahn at bahnc2@rpi.edu.