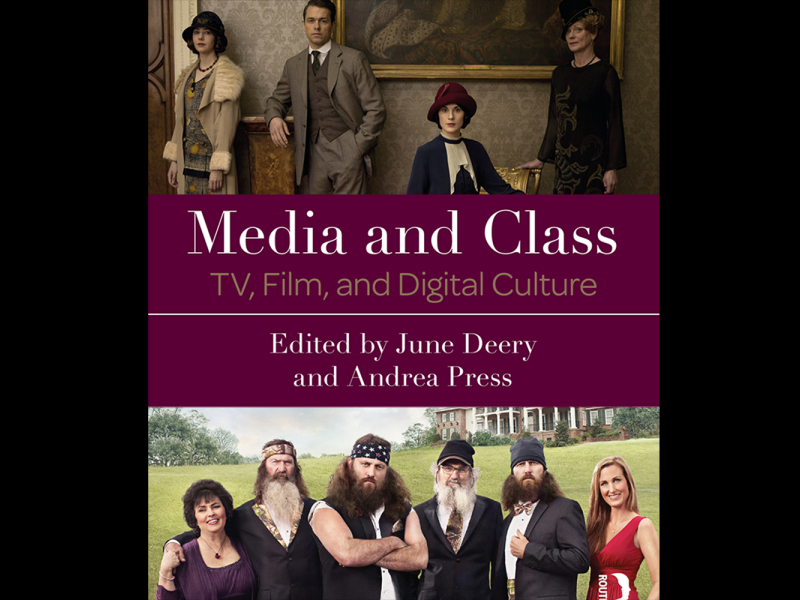 A new book conceived and edited by Rensselaer Polytechnic Institute Professor June Deery examines the role of media, from television and movies to today’s digital platforms, in representing social class. Media and Class: TV, Film, and Digital Culture, published by Routledge, offers a collection of essays written by media scholars that delve into issues of media, class, and politics in Britain, America, and beyond.

Although the idea of class is again becoming politically and culturally charged, the relationship between media and class remains understudied, according to Deery, professor of communication and media at Rensselaer.

“Since it is not physically expressed in an obvious way, class is generally less noticeable than gender or race and therefore more dependent on the judgment of the observer,” she and her co-editor, Andrea Press, write in the book’s introduction. But, they say, class representation is demonstrably present in a wide range of media production.

In Media and Class, case studies address media representations and media participation in a variety of platforms, with attention to contemporary culture, from celetoids to selfies, Downton Abbey to Duck Dynasty, and royals to reality TV.

Whether engaging in broad theoretical discussion or specific empirical studies, the essays probe how different media navigate and negotiate, caricature and distill, or police and regulate class.

“It is our hope that each of these essays will inform and inspire further research on class and media by making the case for the continued importance of analyzing the interconnections between the two in an era of increasing social inequality,” write the editors in their conclusion.

Deery received her bachelor’s degree in literature from Trinity College in Dublin, Ireland, and a Ph.D. in literature from Oxford University. Over the years she has focused her research on media studies and is particularly interested in contemporary television and its interface with the internet.

Her recent books include Reality TV (Polity, 2014), which examines the impact of reality television since its inception and the contribution it has made to discussions of gender, class, race, celebrity, and consumer identity, and Consuming Reality: The Commercialization of Factual Entertainment (Palgrave, 2012), which looks at the development of television as a social and interactive medium, and the commodification of viewers and TV participants.

Deery’s work is an example of how Rensselaer embodies The New Polytechnic, a new paradigm for teaching, learning, and research. Rensselaer leads by using advanced technologies to unite a multiplicity of disciplines and perspectives, in order to take on large, multifaceted challenges to become transformative in three fundamental ways: in the global impact of our research, in our innovative pedagogy, and in the lives of our students.