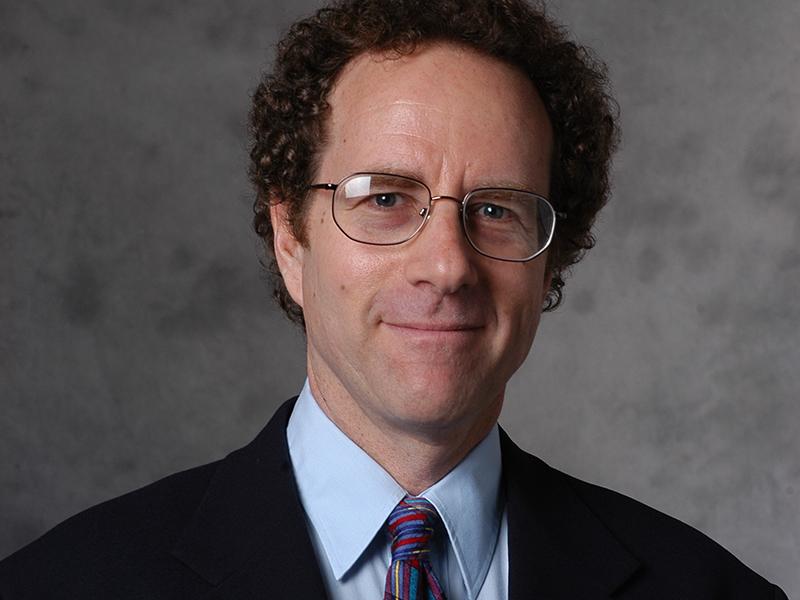 A recognized global leader in chromatographic bioprocessing, Steven Cramer, the William Weightman Walker Professor of Polymer Engineering at Rensselaer Polytechnic Institute has been named a fellow of the American Association for the Advancement of Science (AAAS).

Troy, N.Y. — A recognized global leader in chromatographic bioprocessing, Steven Cramer, the William Weightman Walker Professor of Polymer Engineering at Rensselaer Polytechnic Institute has been named a fellow of the American Association for the Advancement of Science (AAAS). The tradition of AAAS fellows began in 1874. Election as a AAAS fellow is an honor bestowed upon AAAS members by their peers.

This year, 396 newly selected members have been awarded this honor by AAAS because of their scientifically or socially distinguished efforts to advance science or its applications. New fellows will be presented with an official certificate and a gold and blue (representing science and engineering, respectively) rosette pin on Saturday, Feb. 17, 2018, at the AAAS Fellows Forum during the 2018 AAAS Annual Meeting in Austin, Texas.

As part of the engineering section, Cramer is one of 28 faculty members who were selected as AAAS fellows. Cramer was cited for “distinguished contributions to the field of chromatographic bioprocessing, achieved through combined experimental and computational approaches.”

For the past 31 years, Cramer and his students have combined elegant theoretical models and rigorous experimentation to make dramatic advances in several areas of chromatographic bioprocessing. Cramer’s research focuses on developing fundamental understanding and new methods and technologies to separate and purify biotherapeutics such as monoclonal antibody-based drugs and gene therapy agents.

“We are delighted with the news of Steve’s election as a fellow of AAAS,” said Shekhar Garde, dean of the School of Engineering at Rensselaer. “Steve’s work combines state-of-the-art experiments, physics-based modeling and simulation, and big data and its analysis. This is a powerful combination, which is pushing the boundaries of modern bioprocessing and biomanufacturing.”

While Cramer is known worldwide for his expertise in separations in general, today he is focused on conducting research on several areas related to protein-surface interactions and molecular bioprocessing. This includes research into multiscale modeling of complex chromatographic behavior, fundamental studies of selectivity and affinity in multimodal chromatographic systems, biophysics of protein interactions with surfaces, ligands and proteins, platformable strategies for effective removal of process impurities, chromatography on a chip, affinity ligand design, smart biopolymer affinity separation systems, and integrated biomanufacturing systems.

Cramer’s work is an example of The New Polytechnic, a new paradigm for teaching, learning, and research at Rensselaer, the foundation of which is the recognition that global challenges and opportunities are so great that they cannot be addressed by the most talented person working alone. The New Polytechnic enables collaborations between talented people across disciplines, sectors, and global regions, in order to address the complex problems of the world.

Cramer’s peers have honored him with many awards and recognitions for his contributions. He was awarded the Alan S. Michaels Award for the Recovery of Biological Products (ACS Division of Biochemical Technology) and the ACS National Award in Separation Science and Technology. At Rensselaer, he has been awarded the School of Engineering’s Outstanding Professor Award and the Research Excellence Award. Cramer was given a Presidential Young Investigator award from the National Science Foundation and the Early Career Award from Rensselaer Polytechnic Institute, as well as several teaching awards. In addition, Cramer has been previously elected a fellow of the American Institute of Chemical Engineers, the American Chemical Society, and the American Institute for Medical and Biological Engineering.

A prolific researcher, Cramer holds 11 patents and has published more than 185 papers in peer-reviewed journals. He recently stepped down from being the editor in chief of the international journal Separations, Science and Technology after 20 years. He has also chaired several high-profile meetings including two international HIC/RPC Bioseparation Conferences, two ACS Recovery of Biological Products Meetings, and the Gordon Conference on Reactive Polymers.

This year’s AAAS fellows will be formally announced in the AAAS News & Notes section of the journal Science in the November 24, 2017, issue.

About the American Association for the Advancement of Science

The American Association for the Advancement of Science (AAAS) is the world’s largest general scientific society and publisher of the journal Science (www.sciencemag.org) as well as Science Translational Medicine, Science Signaling, a digital, open-access journal, Science Advances, Science Immunology, and Science Robotics. AAAS was founded in 1848 and includes nearly 250 affiliated societies and academies of science, serving 10 million individuals. Science has the largest paid circulation of any peer-reviewed general science journal in the world. The non-profit AAAS (www.aaas.org) is open to all and fulfills its mission to “advance science and serve society” through initiatives in science policy, international programs, science education, public engagement, and more. For the latest research news, log onto EurekAlert! (www.eurekalert.org), the premier science-news Web site, a service of AAAS. See www.aaas.org.