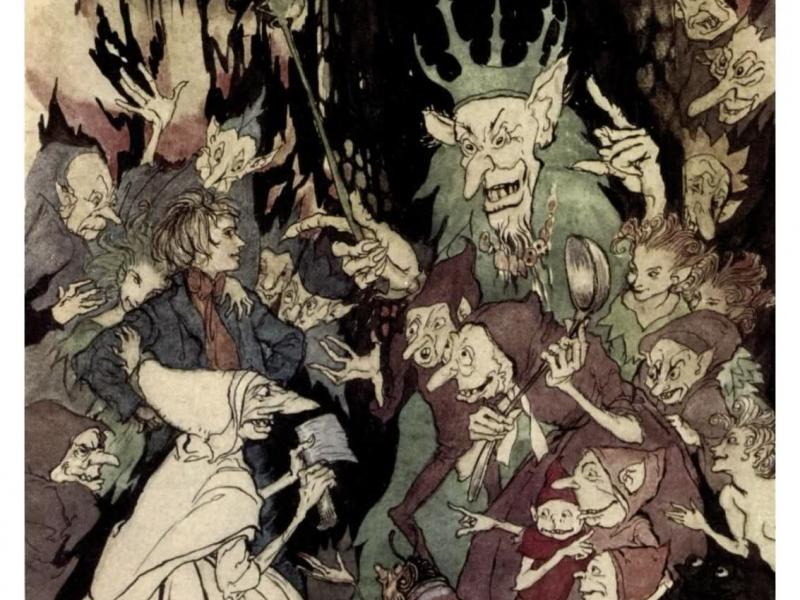 Greater Aircraft Efficiency Sought Through Improved Air Flow Control Techniques
Rensselaer GameFest 2021 To Be Held on May 8
Will Next Generation of Exascale Supercomputers Be Able To Work With Petascale Data?
Hepatitis C Drugs Multiply Effect of COVID-19 Antiviral Remdesivir
Co-Directors Named for Institute for Energy, the Built Environment, and Smart Systems
November 30, 2017

The 2017 President’s Holiday Concert at Rensselaer Polytechnic Institute will take place on Sunday, December 10, at 3 p.m. in the Concert Hall of the Experimental Media and Performing Arts Center (EMPAC) on campus.

The Rensselaer Orchestra, under the direction of Nicholas DeMaison, will present a semi-staged version of Peer Gynt, the 1867 play written by Norwegian dramatist Henrik Ibsen with music composed by Edvard Grieg. The program will include best-loved selections from the score Grieg composed to accompany Ibsen’s famous play, which tells the story of the downfall and subsequent redemption of a Norwegian peasant anti-hero.

The production will draw on the style of semi-staged orchestral-dramatic performances developed by New York production group Giants Are Small, according to DeMaison, senior lecturer of music in the Department of the Arts.

“We are crafting our own 80-minute version of the piece using selections from Grieg’s entire incidental music to Ibsen’s play, and select scenes from the play that appropriately cut down the narrative while maintaining dramatic continuity,” he said.

The adaptation, which has been created by DeMaison, music director, Assistant Professor of Arts Rebecca Rouse, director, and artist Jefferson Kielwagen, theatrical design, will unfold in two acts with an intermission.

During the performance, a narrator will lead the audience through the sometimes bizarre twists in Ibsen’s narrative, while six puppeteers, or “acting stage hands,” will manipulate props and scenery, sometimes with live video projection, to bring to life the characters and situations in the play.

Joining the orchestra for the performance will be the Rensselaer Concert Choir, members of the Instrumental Fellows ensemble, members of the student theater group The RPI Players, and soprano Kimberley Osburn. The production also will feature the work of students in the Sculpture II class of Jefferson Kielwagen, who is a lecturer in the Department of the Arts.

The production will link a broad cross section of student activities, both accredited course work and club activity, with the performance capabilities of EMPAC, said DeMaison.

“As the type of work pioneered by Giants Are Small is still relatively nascent in the broader artistic world, we see this production as a means to bring the most forward-thinking, technologically engaged concepts in musical-theatrical dramatic presentation to students at Rensselaer,” he said.

DeMaison is a composer and conductor who has led dozens of premieres of new operative, instrumental, choral, and multimedia works, described as “consistently invigorating” (New York Times), “spine-tingling” (Feast of Music), and “enchanted” (Seen and Heard International). He joined the Rensselaer faculty in 2013.

There is no cost for the performance, but RSVPs are requested at https://webforms.rpi.edu/holiday-concert

Events like this are an integral part of The New Polytechnic, a new paradigm for learning and research. Rensselaer leads by using advanced technologies to unite a multiplicity of disciplines and perspectives, in order to take on large, multifaceted challenges to become transformative in three fundamental ways: in the global impact of our research, in our innovative pedagogy, and in the lives of our students.