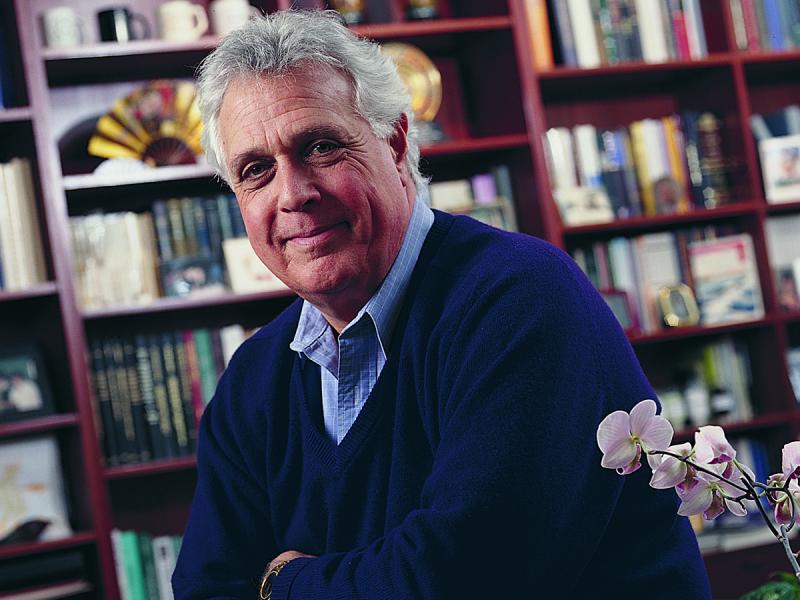 Nanotechnology pioneer Richard W. Siegel, the Robert W. Hunt Professor of Materials Science and Engineering and founding director of the Rensselaer Nanotechnology Center at Rensselaer Polytechnic Institute, has been elected a fellow of the National Academy of Inventors (NAI).

Election to NAI fellow status is the highest professional distinction accorded solely to academic inventors who have demonstrated a prolific spirit of innovation in creating or facilitating outstanding inventions that have made a tangible impact on quality of life, economic development, and the welfare of society.

“These accomplished individuals represent the pinnacle of achievement at the intersection of academia and invention––their discoveries have changed the way we view the world,” said NAI President Paul Sanberg.

“Over his distinguished career, Dr. Siegel has been a recognized leader in nanotechnology research, technology, and public policy,” said Jonathan Dordick, vice president for research and the Howard P. Isermann Professor of Chemical and Biological Engineering at Rensselaer. “He is an exceptional scientist, inventor, and mentor, all key differentiators of an NAI fellow. We are extremely pleased that he has been recognized by the NAI.”

With the election of the 2017 class there are now 912 NAI fellows, representing over 250 research universities and governmental and nonprofit research institutes. NAI fellows have generated more than 9,400 licensed technologies and companies and created more than 1.3 million jobs, with over $137 billion in revenue generated based on their discoveries.

Active in materials research for over 50 years, Siegel has studied the properties of defects in metals, atomic diffusion, and the synthesis, processing, characterization, properties, and applications of nanostructured ceramics, metals, composites, and biomaterials.

His research activities have garnered over $60 million in funding from government, industry, and private sponsors, and his work is highly cited with about 14,000 citations to date. He has authored or co-authored more than 300 articles and 21 U.S. patents, edited 10 books, presented more than 500 invited lectures around the world, and was an executive producer of the Molecularium® Project’s Riding Snowflakes (2005), Molecules to the MAX! (2009), NanoSpace® (2012), and My Molecularium (2017).

The past chair of the World Technology Evaluation Center worldwide study of nanostructure science and technology that led to the U.S. National Nanotechnology Initiative, Siegel also served on the Nanotechnology Technical Advisory Group of the U.S. President’s Council of Advisors on Science and Technology (PCAST). He is also a former chairman of the International Committee on Nanostructured Materials.

Siegel is the co-founder and a director of Nanophase Technologies Corporation, a publicly held manufacturing company started in 1989; his early work with the company was recognized by a 1991 U.S. Federal Laboratory Consortium Award for Excellence in Technology Transfer.

He was a founding editor of Nanostructured Materials, an associate editor of Materials Letters for 25 years, and is presently a member of the editorial boards of the Journal of Nanoscience and Nanotechnology and the Journal of Metastable and Nanocrystalline Materials.

The 2017 fellows will be inducted on April 5, 2018, as part of the NAI Seventh Annual Conference to be held in Washington, D.C.

Research at Rensselaer fulfills the vision of The New Polytechnic, an emerging paradigm for higher education, which recognizes that global challenges and opportunities are so great they cannot be adequately addressed by even the most talented person working alone. Rensselaer serves as a crossroads for collaboration—working with partners across disciplines, sectors, and geographic regions—to address complex global challenges, using the most advanced tools and technologies, many of which are developed at Rensselaer. Research at Rensselaer addresses some of the world’s most pressing technological challenges—from energy security and sustainable development to biotechnology and human health