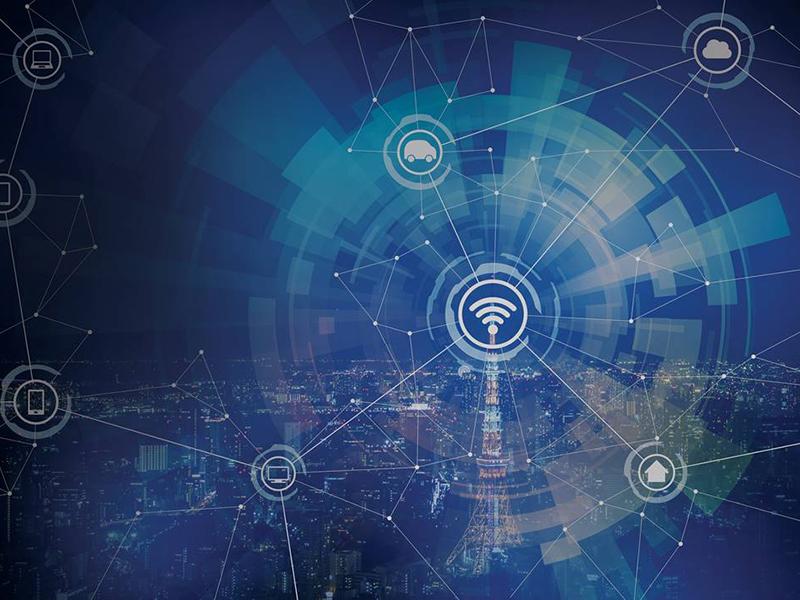 Faculty research in electric power engineering at Rensselaer Polytechnic Institute has led to groundbreaking discoveries and innovative contributions in all aspects of generation, transmission, distribution, and utilization of electric energy.

Are Immigrant Workers Impacted By Turmoil In Their Home Countries?
Think Working From Home Won’t Hurt Your Career? Don’t Be So Sure
New Theory of Decision-Making Seeks To Explain Why Humans Don’t Make Optimal Choices
The delivery market is coming down from its pandemic highs
Rensselaer Professor Amir Hirsa To Track Physical and Virtual Virus Across Liquid Lining of the Lungs
December 18, 2017

Troy, N.Y. — Energy and sustainability are among the grand challenges facing humanity. Faculty research in electric power engineering at Rensselaer Polytechnic Institute has led to groundbreaking discoveries and innovative contributions in all aspects of generation, transmission, distribution, and utilization of electric energy. Especially today, the ongoing research contributions of three faculty in the broad electric power engineering program at Rensselaer has the potential to make power systems more resilient.

“The dynamic revolution in electric power and energy is being driven by the rapid assimilation of renewables and the incorporation of powerful new methodologies,” said Michael J. Wozny, professor and acting head of the Department of Electrical, Computer, and Systems Engineering. “Faculty in our department have been at the forefront of this field for over six decades.”

“Power systems have undergone significant changes, from deregulation of electricity markets to the deployment of synchronous phasor methods to significant influx of renewable energy,” said Joe Chow, power grid control expert and professor of electrical, computer, and systems engineering at Rensselaer Polytechnic Institute, and a member of the U.S. National Academy of Engineering. “Each ‘mega’ change has produced new challenges and opportunities for research. There is never a dull moment when a researcher runs out of a good problem to tackle.”

Earlier this year, Chow was named Institute Professor of Engineering, one of the highest and most prestigious honors bestowed upon a Rensselaer faculty member. Over the past three decades, Chow has been at the cutting edge of electric power systems engineering. His work in modeling and control of large-scale power systems has growing applications in development and maintenance of smart grids. For example, his work on synchrophasors, devices that make real-time measurements of electrical quantities, allows new mechanisms to monitor the power grid for boosting the amount of energy that can be reliably transmitted on high-power, high-voltage electric grids.

Chow says that the interconnection of various power grids that have led to enormous economies of scale, but with occasional widespread blackouts, drew him to this area of research. “My training in large systems has allowed me to develop techniques and insights to improve the reliable operation of these interconnected power grids.”

In addition, Chow also serves as the campus director of the Center for Ultra-wide-area Resilient Electric Energy Transmission Networks (CURENT), jointly funded by National Science Foundation and the U.S. Department of Energy. CURENT is dedicated to developing the next generation of electric grids, or “smart grids,” that promise higher efficiency, greater reliability, and the smooth integration of renewable energy sources into large power transmission systems.

Power electronics expert Jian Sun, who was named director of the Center for Future Energy System (CFES) at Rensselaer in 2011, says his vision is to develop a future energy system that is sustainable and resilient. “Renewable energy, such as wind and solar energy, plays a critical role in this future energy system, because it is the only source of energy that is truly sustainable on this planet.”

Sun’s passion for renewable energy was sparked during a 2004 visit to Paderborn, Germany. He was inspired by the rapid development of wind energy that had taken place since he had lived there while completing his doctoral study in the 1990s. “I asked myself,” Sun said, “What does it mean to the power grid when in the future most electricity we use is supplied from renewable sources that connect to the grid through power electronics? The grid would have to be designed, controlled, and operated very differently.”

Sun, who also serves as professor in the Department of Electrical, Computer, and Systems Engineering at Rensselaer, promptly initiated a research program to address this fundamental challenge, and has made several breakthroughs since then, including a new stability theory for future power systems dominated by renewable sources. His work has drawn international attention as the challenges he foresaw have become real in recent years. In 2014, Sun was called by the German Transmission System Operator (TSO) TenneT to help solve a major system resonance problem in German North Sea offshore wind farms. A year later, during his sabbatical leave, Sun advised the China State Grid, and assisted with providing a solution for a similar problem in a 10GW wind development area in northwest China. Both companies are now sponsoring his research at Rensselaer, continue to keep him closely involved in their renewable energy and high-voltage DC (HVDC) transmission system development, and are incorporating his theory into their new grid codes to prevent future system integration problems.

Beyond TenneT and China State Grid, Sun has also built an extensive network of international collaboration with both industry and academia across Europe and in Asia. For example, in January 2018, he will teach a course in Nagpur, India, on “Advanced Power Electronics for Future Energy Systems” supported by the Indian government under the Global Initiative for Academic Networks (GIAN) program.

With the new development of offshore wind in the United States, especially in northeast states, including New York, Sun sees an opportunity for a “homerun” to support regional development with his research and international experiences. He will present a webinar on “Turbine and Transmission System Technologies for Offshore Wind Power Plants” on Dec. 20 to share his knowledge and experience with the industry.

As director of CFES, Sun is responsible for overseeing and developing the center’s research programs, as well as facilitating strategic growth and securing new industrial partnerships. The center, funded by the New York State Foundation for Science, Technology, and Innovation (NYSTAR), aims to connect the expertise of academic researchers with forward-thinking companies to develop and commercialize new, innovative energy technologies for a sustainable future energy supply system.

Rethinking the Architecture of Power Systems: The Issue of Interdependency of Critical Infrastructure

“We need to rethink the architecture of the systems being developed to enable long-term use,” said Luigi Vanfretti, who serves as associate professor in the Department of Electrical, Computer, and Systems Engineering. “Today, the issue of interdependency of critical infrastructure needs to be discussed, since that is often the pain point following a natural disaster or weather-related incident. Digital information flows about the grid are becoming as important as the energy flows that it transports.”

At Rensselaer, Vanfretti aims to perform research and teaching in the area of cyber-physical power system modeling, simulation and analytics, real-time monitoring, and control for clean, resilient and affordable electrical energy systems. His research vision will be focused on developing the cyber-physical system foundations to support diverse electrical energy systems from micro-to-mega grids, as the power grid transitions toward the age of renewable energy sources and digitalization.

To carry out this work, Vanfretti aims to establish ALSETLab – a real-time simulator-based hardware-and-software test-bench for real-time cyber-physical power system analysis, which will be instrumental in the testing, verification, and validation of new methods, technologies, and tools that can be applied and exploited in the development of grid of the future and to train future generations of electrical engineers. With these ambitions, Vanfretti hopes to contribute toward the fulfilment of New York’s ambitious Energy Plan and to support New York state’s power industry.

Vanfretti has already contributed to the development of software tools for synchrophasor technologies, power system simulation, and system identification, which are publically available on Github, and have been used by electric power system operators in Europe.

The research featuring Chow, Sun, and Vanfretti, along with other electric power faculty in the Department of Electrical, Computer, and Systems Engineering is an example of The New Polytechnic, a new paradigm for teaching, learning, and research at Rensselaer, the foundation of which is the recognition that global challenges and opportunities are so great that they cannot be addressed by the most talented person working alone. The New Polytechnic enables collaborations between talented people across disciplines, sectors, and global regions, in order to address the complex problems of the world.