Rensselaer Polytechnic Institute Among the Best Schools for Game Design 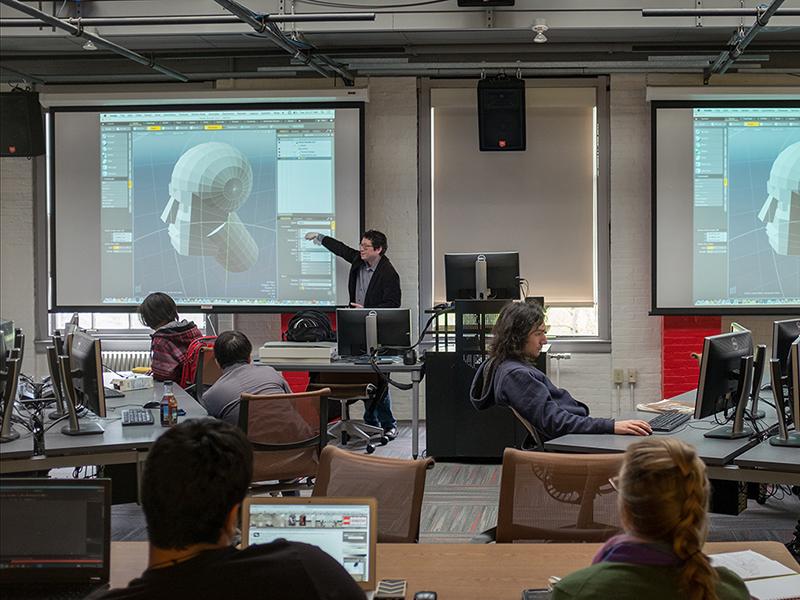 Rensselaer Polytechnic Institute Among the Best Schools for Game Design

New rankings by The Art Career Project and GameDesigning.org are latest in a long line of honors for Games and Simulation Arts and Sciences program

The accolades keep coming for the highly regarded Games and Simulation Arts and Sciences (GSAS) program at Rensselaer Polytechnic Institute. The latest comes from two sources: The Art Career Project, a nationally recognized resource for art students and art professionals, and GameDesigning.org, “a central hub for all things game design.”

“Rensselaer is a uniquely rich environment for games studies, and our GSAS degree program provides an undergraduate experience like few others available anywhere in the country,” said Mary Simoni, dean of the School of Humanities, Arts, and Social Sciences (HASS), which houses GSAS. “Our program draws on RPI’s Computer Science, Cognitive Science, Arts, Communication and Media, and Science and Technology Studies departments—a combination of resources few other games programs can even claim, let alone match. GSAS emphasizes a deep theoretical foundation along with collaborative, interdisciplinary teamwork, which is how games are actually created. This equal emphasis on theory and practice means that students graduate fully prepared to work in the games industry, and the program enjoys a considerable success rate in post-graduate employment.”

The GSAS program comes in at number 7 on the recently announced GameDesigning.org ranking for “The Top 75 Video Game Design Schools.”

“While there is no single best game design school for everyone, we’ve compiled a list of what we believe are the 75 best video game design schools in the world,” the organization wrote. “Attending one of these game design schools should significantly improve your odds of success in both landing a job with a studio or successfully launching your own games.”

“Rensselaer Polytechnic Institute is unique in that it allows students majoring in Games and Simulation Arts and Sciences to also select a second concentration. These include art, computer science, cognitive science, writing, and human computer interaction,” GameDesigning.org reported. “Also available are many advanced degree programs that train future game designers in gaming and animation, communication technologies, and more.”

The ranking methodology includes an analysis of hundreds of post-secondary institutions in the U.S. offering programs in game design and combines information from student data, published surveys, and other data collected from government agencies including the National Center for Education Statistics and the Integrated Postsecondary Education Data System.

These honors follow on a No. 10 ranking on the 2017 Animation Career Review list of top game design programs in the United States. Among East Coast colleges and universities, Rensselaer came in at No. 5 out of 25 programs, and placed seventh on the list for private schools and colleges and third among programs offered in New York state.

And the good news continues: Professor Ben Chang, director of GSAS, recently reported that a game developed by two seniors majoring in GSAS has been named a finalist in the Best Student Game category in this year’s Independent Games Festival (IGF). IO Interloper is a corporate espionage and hacking game created by Ben Caulkins and Sam Suite.

In addition, GSAS alumnus Zach Barth ’08 returns to the IGF awards this year with a nomination for Excellence in Design for his programming and circuit-building game Shenzhen I/O. Barth is the founder of indie game studio Zachtronics, makers of Infinifactory and SpaceChem. His game Infiniminer created the genre of procedurally generated block building later popularized by games like Minecraft.

The IGF winners will be announced at the Independent Games Festival Awards on March 21 at San Francisco’s Moscone Convention Center.