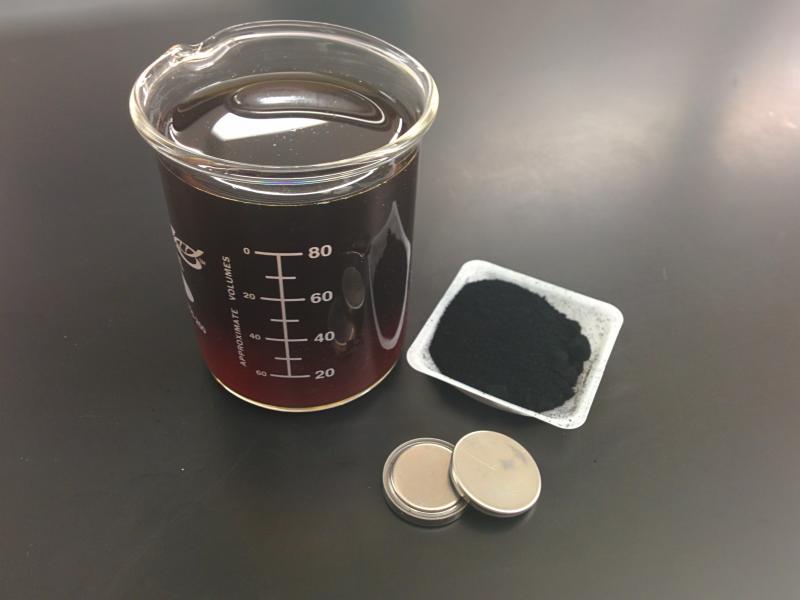 A major byproduct in the papermaking industry is lignosulfonate, a sulfonated carbon waste material, which is typically combusted on site, releasing CO2 into the atmosphere after sulfur has been captured for reuse.

Now researchers at Rensselaer Polytechnic Institute have developed a method to use this cheap and abundant paper biomass to build a rechargeable lithium-sulfur battery. Such a battery could be used to power big data centers as well as provide a cheaper energy-storage option for microgrids and the traditional electric grid.

“Our research demonstrates the potential of using industrial paper-mill byproducts to design sustainable, low-cost electrode materials for lithium-sulfur batteries,” said Trevor Simmons, a Rensselaer research scientist who developed the technology with his colleagues at the Center for Future Energy Systems (CFES). He has patented the process with former graduate student Rahul Mukherjee.

Rechargeable lithium-ion batteries currently are the dominant battery technology. In recent years, however, much interest has grown around developing lithium-sulfur batteries, which can have more than double the energy of their lithium-ion counterparts of the same mass.

A rechargeable battery has two electrodes—a positive cathode and a negative anode. Placed in between the electrodes is a liquid electrolyte that serves as a medium for the chemical reactions that produce electric current. In a lithium-sulfur battery, the cathode is composed of a sulfur-carbon matrix, and a lithium metal oxide is used for the anode.

In its elemental form, sulfur is nonconductive, but when combined with carbon at elevated temperatures, it becomes highly conductive, allowing it to be used in novel battery technologies. The challenge, however, is that sulfur can easily dissolve into a battery’s electrolyte, causing the electrodes on either side to deteriorate after only a few cycles.

Researchers have used different forms of carbon, such as nanotubes and complex carbon foams, to confine the sulfur in place, but with limited success. “Our method provides a simple way to create an optimal sulfur-based cathode from a single raw material,” Simmons said.

To develop their method, the Rensselaer researchers partnered with Finch Paper in Glens Falls, which provided the lignosulfonate. This “brown liquor” (a dark syrupy substance) is dried and then heated to about 700 degrees Celsius in a quartz tube furnace.

The high heat drives off most of the sulfur gas but retains some of the sulfur as polysulfides (chains of sulfur atoms) that are embedded deep within an activated carbon matrix. The heating process is repeated until the right amount of sulfur is trapped in the carbon matrix. The material is then ground up and mixed with an inert polymer binder to create a cathode coating on aluminum foil.

The research team has so far created a lithium-sulfur battery prototype that is the size of a watch battery, which can cycle about 200 times. The next step is to scale up the prototype to markedly increase the discharge rate and the battery’s cycle life.

“In repurposing this biomass, the researchers working with CFES are making a significant contribution to environmental preservation while building a more efficient battery that could provide a much-needed boost for the energy storage industry,” said Martin Byrne, CFES director of business development.