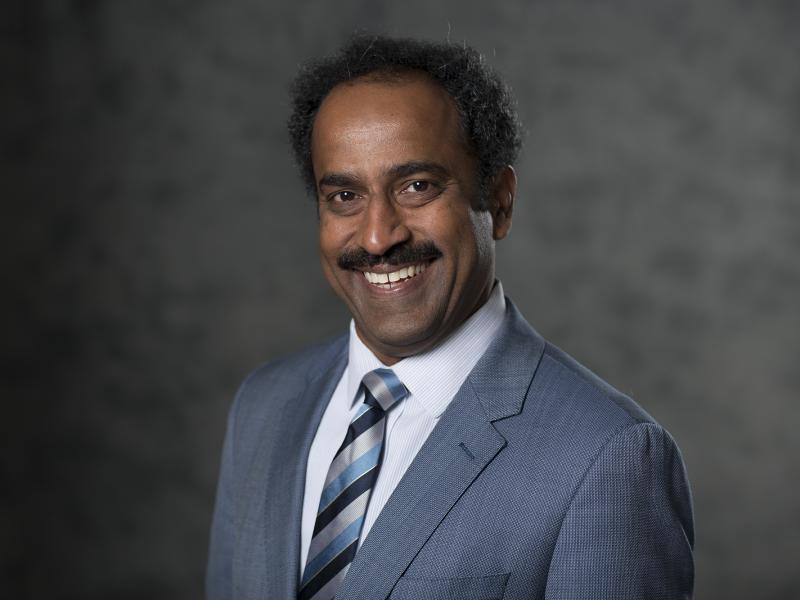 Nanomaterials expert Ganpati Ramanath, the John Tod Horton ’52 Professor of Materials Science and Engineering at Rensselaer Polytechnic Institute, has been named a fellow of the Materials Research Society (MRS) “for developing creative approaches to realize new nanomaterials via chemically directed nanostructure synthesis and assembly and for tailoring interfaces in electronics and energy applications using molecular nanolayers.”

The title of MRS fellow honors those MRS members who are notable for their distinguished research accomplishments and their outstanding contributions to the advancement of materials research worldwide. The maximum number of new fellow appointments each year is limited to 0.2 percent of the current MRS regular membership.

“I extend my personal congratulations, along with those of the MRS Board of Directors, for this significant honor,” said Sean Hearne, MRS president. “The distinction is highly selective. We are fortunate to have received a large number of excellent nominations each year, which always makes the work of the selection committee extraordinarily demanding, but reflects very positively on the fellow program, as well as on MRS.”
The MRS fellows were recognized at the 2018 MRS Spring Meeting in Phoenix, Arizona, last week.

Known throughout the global materials science and engineering community as a research leader, inventor, and innovator, Ramanath focuses his research on developing a fundamental understanding of structure-processing-property relationships in nanomaterials and interfaces for emergent applications in energy and electronics. His discoveries include a new class of thermoelectric nanomaterials built from assemblies of sculpted nanostructures for high-efficiency solid-state refrigeration and electricity harvesting from waste heat, along with nanomolecular layers of “nanoglue” that can join non-sticking materials, inhibit chemical intermixing, and boost thermal and electrical transport.

“This award is highly deserved,” says Robert Hull, senior associate vice president for research, and director of the Center for Materials, Devices and Integrated Systems at Rensselaer. “Ramanath’s work—from fundamental advances in the design of nanostructures and interfaces, through to the processing and manufacturing of improved thermoelectric materials—has made a major impact on the materials field.”

A prolific researcher, Ramanath has published more than 170 articles in top journals including Nature, Science, Nature Materials, and Advanced Materials, and one book chapter, and holds nine U.S. patents. His works have been cited more than 8,300 times. He served as an editor of IEEE Transactions on Nanotechnology, and is an editorial advisory board member for the Journal of Experimental Nanoscience.

Ramanath is a director and co-founder of ThermoAura Inc., a nanomaterials and clean-energy startup company that is commercializing novel thermoelectric nanomaterials developed in his laboratory. He served as the director of the Rensselaer Center for Future Energy Systems, a New York State Center for Advanced Technology, from 2008 to 2010.

Ramanath is a fellow of the American Physical Society and the American Vacuum Society. He is the recipient of numerous awards, including the Friedrich Wilhelm Bessel Award from the Alexander von Humboldt foundation; the Brahm Prakash Chaired Professorship at the Indian Institute of Science; a National Science Foundation CAREER Award; the Bergman Young Scientist Award from the U.S.-Israel Binational Science Foundation; and an IBM University Research Partnership Award, among others.