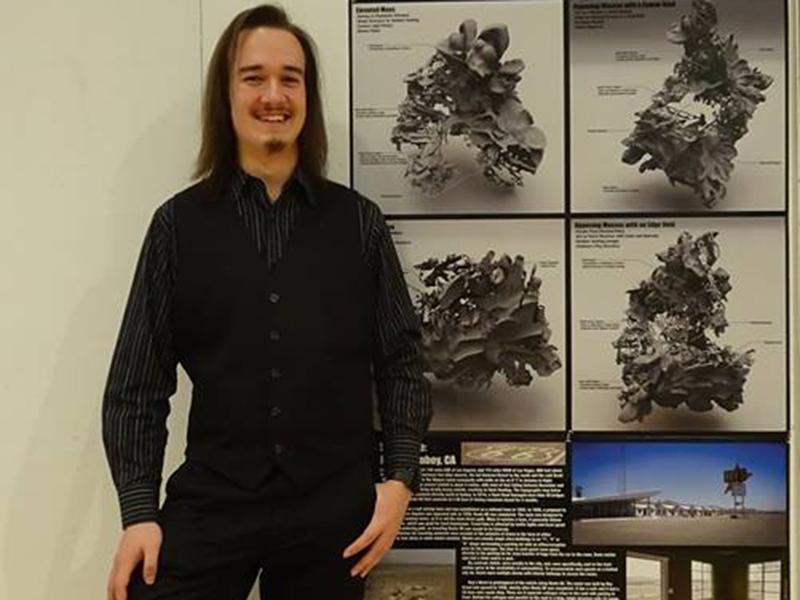 Exploring the art and science of lighting and architecture

Zachary Pearson is highly motivated to use architecture and lighting to tell a story or immerse viewers in a fantasy world. His fascination with lighting began at age 6, when he saw a Christmas display at Disney World.

“Over the years, it’s grown into quite a passion,” says Pearson, who can be counted on to create intricately built and lighted scenes at Halloween and Christmas. “My parents are supportive and they joke that they need to limit the hours they keep the lights on.”

Raised in Columbia County, Pearson was taught at home until the age of 14 when he started Hudson Valley Community College. After graduating with an associate’s degree in computer-aided design and drafting, as well as another associate’s in architectural technology, Pearson enrolled at Rensselaer Polytechnic Institute in order to continue exploring both the art and science of lighting and architecture.

“I chose RPI because it has a great reputation and the philosophy of the Architecture school matched my academic goals,” he said. “I wanted a curriculum that would include opportunities to travel abroad and that would support the pursuit of more than one course of study. At RPI, I was able to enroll as a co-terminal student, which has allowed me to work toward completing a master’s in architectural lighting design at the same time as my bachelor’s in architecture.”

Pearson traveled to Argentina with fellow architecture students, learning the philosophy and aesthetic of a completely different culture. He and his three Argentine partners received an honorable mention award for their submission to ISARCH, an international competition. During his semester at the Center for Architecture Science and Ecology at SOM in New York City, he studied the process that plants use to remove contaminants from the air and ground and how structures can be created to support plant life within office spaces.

At Rensselaer’s Lighting Research Center, Pearson's courses have included the Physics of Light, which helped him gain an appreciation for why light acts the way it does. In Human Factors, he studied circadian rhythms and how lighting can benefit health. “It’s its own science—the human response to lighting,” he noted. While taking Lighting Workshop, Pearson created the lighting control system prototype for Breathing Lights, an art installation that temporarily lit hundreds of abandoned buildings in Albany, Troy, and Schenectady. This spring, he was selected to receive the merit-based IESNYC Scholarship. Currently, he is a lighting consultant for an augmented reality cultural heritage project in Cohoes.

In the Rensselaer School of Architecture, one of the highlights of his year was an architectural studio course that was devoted to conceptual artist Marcel Duchamp. He and his classmates designed the layout of an exhibit at the Tang Museum at Skidmore College. Pearson’s own art was chosen as one of the featured pieces. His debut piece, titled Spect[at]er, is an interactive media exhibit.

With a strong theatrical background, Pearson found the time to choreograph two musical productions with the RPI Players, both earning him TANYS awards. A lifelong dancer, he also joined the RPI Competitive Ballroom Dance Team. “Last season, I competed in 14 to 16 different styles of dance,” he said. ”It’s a lot to keep track of but I enjoy the challenge!”

Pearson seems to have no explanation for his ability to say yes to, and excel at, limitless activities. “It’s easy,” he said, “when there are so many exciting things to work on. In life, it can be simple to get stuck in one track. But at RPI, there are so many inspiring opportunities that I love saying yes and not being limited to doing just one thing.”

Given his love of theater and design, Pearson might well have chosen an art school or a liberal arts college, but at Rensselaer, he is in an environment where he can study the art and the science of what he loves most—architecture and light. “My future plans include pursuing a doctorate degree as well as working with the youth in the community to inspire future builders and designers. Eventually, I hope to be able to realize my dream of working in architectural theme design.”