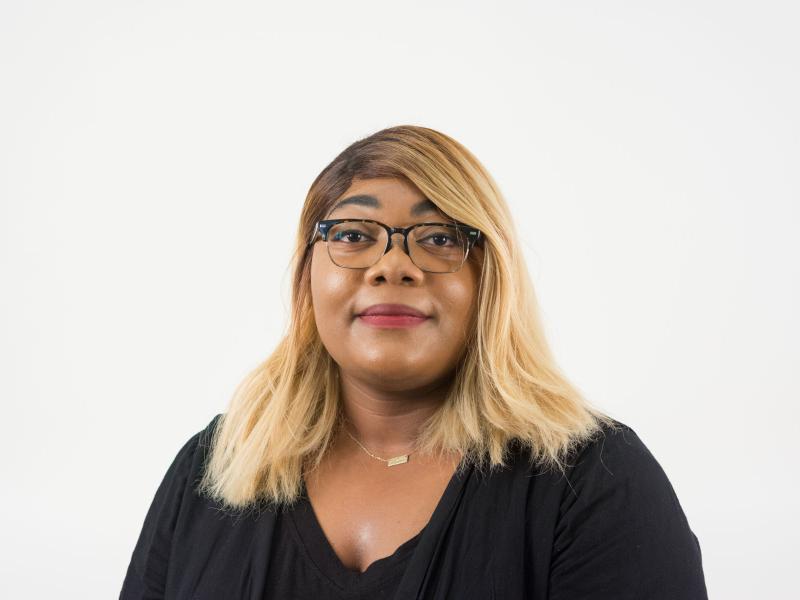 Rensselaer Polytechnic Institute Class of 2022 Encouraged To Change the World
Thirty-Six Rensselaer Students in ROTC Programs To Be Commissioned in 2022
Rensselaer President Shirley Ann Jackson To Lead Discussion About “Intersecting Vulnerabilities with Cascading Consequences” During 2022 Commencement Colloquy
Rensselaer Polytechnic Institute and the Icahn School of Medicine at Mount Sinai Announce a Joint Center for Engineering and Precision Medicine in New York City
Inside Liberland, a Crypto-Libertarian Micronation In Eastern Europe
May 8, 2018

Using the past to inform the future

In the weeks before completing her master’s of architecture degree at Rensselaer Polytechnic Institute, Nwaram-Billi Ugbode was preparing to present her senior thesis, a look at the staying power of the Shaker community of southern Maine.

“They practiced celibacy and so the only way they could grow their population was through proselytizing,” says Ugbode, who calls herself Billi. “They are the longest surviving utopian community in America. What made their lifestyle so appealing?”

It’s not that she’s interested in remote religious sects so much as the ways in which large groups of people have successfully co-existed through the ages. As an architect, Ugbode hopes to combine the lessons of history with the newest technology to design urban spaces that bring people together. “More and more,” she notes, “we live in separate worlds.”

Born in Nigeria, Ugbode moved to New York City at age 10. By high school, she had decided to become an architect. After earning her undergraduate degree in architectural technology from the City University of New York’s College of Technology, she was eager to focus on urban ecology and sustainable practices.  Her search for a graduate school quickly narrowed to Rensselaer, which had a strong reputation among the firms she was interested in working for.

In two years at Rensselaer, Ugbode packed in as much as many people do in twice the time. During her first semester, her design for a transparent music center with audio engineering capability was chosen for Influx, the architecture school’s publication of top student work. The following semester, the architecture dean, Evan Douglis, selected her as Rensselaer’s nominee for the Center for Architecture Design Scholarship, based on her academic performance. “I didn’t win but I was proud to just be nominated,” she said.

She soon won an $18,000 fellowship from the American Association of University Women, an organization that promotes the graduate studies of women. Ugbode has devoted the award to completing her thesis.

Her journey at Rensselaer also included a semester at the Center for Architecture Science and Ecology in New York, where she assisted in ongoing research into using coconut agro-waste by-product as an energy-efficient building material.  “It was the most fun experience ever,” says Ugbode. “We worked with Professor Josh Draper to exhibit our agro-wall at the World Maker-Faire in Queens.”

She also took part in a paid summer internship with Vincent Martineau Architect in Brooklyn, drafting documents, researching building code, and sketching preliminary drawings. She hopes to return there or work at a firm that also focuses on cultural, residential, and urban architecture.

Ugbode is especially aware of her strong start in a field with few women and even fewer African-American women. She looks forward to mentoring others, just as her Rensselaer professors and the supervisors at her internships have mentored her. The mission is deeply personal.

When she told her parents she wanted to be an architect, they informed her that her great aunt, Stella Nsolo-Ugbode, was Nigeria’s first-ever female architect. Pursuing her education had meant leaving her country, which was in the middle of a civil war, to study in the England.

“I don’t know her aesthetic as an architect,” Ugbode notes. “But the whole notion of leaving everything behind to pursue her passion really struck me. I hope I can make that kind of impact.”

Students like Billi Ugbode exemplify the vision of The New Polytechnic, an emerging paradigm for higher education which recognizes that global challenges and opportunities are so great they cannot be adequately addressed by even the most talented person working alone. Rensselaer serves as a crossroads for collaboration—working with partners across disciplines, sectors, and geographic regions—to address complex global challenges, using the most advanced tools and technologies, many of which are developed at Rensselaer. Research at Rensselaer addresses some of the world’s most pressing technological challenges—from energy security and sustainable development to biotechnology and human health.