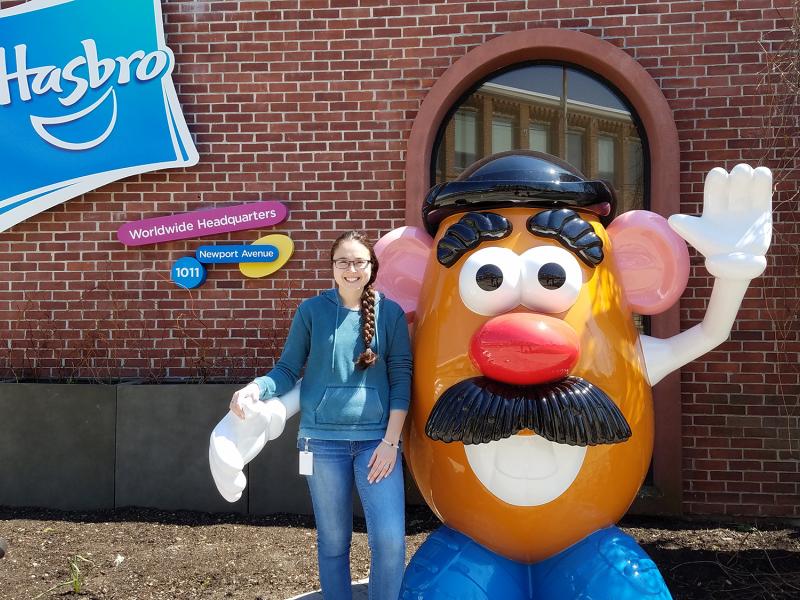 Rensselaer Researchers To Focus on Improving the Life and Efficiency of Nuclear Reactors
Stress, not laziness, is behind procrastination. Here are 3 ways to ‘retrain your brain’
Rensselaer Researchers Propose an Affordable and Sustainable Alternative to Lithium-Ion Batteries
Why reality TV loves an island
RPI Week on The Academic Minute
May 9, 2018

The day Laura Antoniello attended a campus job fair at Rensselaer Polytechnic Instititue changed everything. She was an electronic media, arts, and communication (EMAC) major and the fair was geared for engineering jobs. But Hasbro was at the event and Antoniello was really interested in working at the company, having grown up near its headquarters. The Hasbro recruiter gave her valuable pointers.

“When the time came, I applied for a number of internships at Hasbro and was lucky enough to interview and be selected for a digital marketing position,” recalls Antoniello, who took part in the paid internship the summer after her sophomore year.  “This role sparked my passion for digital marketing, while giving me an amazing first real-world working experience.”

She went on to take part in a second internship, and then a co-op, with Hasbro, working in three different departments altogether, in digital marketing, global marketing, and project engineering.

Hers is a story about keeping options open. Growing up in Burrillville, Rhode Island, Antoniello was a creative student also strong in math and science. She was drawn to Rensselaer because the EMAC program would allow her to delve into so many areas while earning a Bachelor of Science—rather than the B.A. most design programs offer.

“Since I wasn’t sure what exactly I wanted to do after college, RPI was good because it provided the option for me to earn a more technical degree,” she explains.

She made the most of her time—taking part in research, intramural soccer, the women’s mentoring program, Tau Beta Pi, and Alpha Pi Mu, and the outreach committee for the Department of Communication and Media. Antoniello won her department’s McKinney Award for her essay devoted to soccer player Clint Dempsey. She earned a Founders Award recognizing her research in digital marketing for the Department of Communication and Media.

She also surprised herself, becoming drawn to engineering, her parents’ profession. “I was never a tinkerer,” she says. “The stereotypical thought that engineers just build things made me think that engineering was 100 percent not the field for me.”

But she discovered Rensselaer’s industrial and management engineering program and it didn’t involve building anything. Instead, it teaches students how to get the world’s supply chain to run more smoothly, to better allocate resources in case of emergency, and how to design, optimize, and improve an endless list of systems—opening up a world of career options. IME proved the perfect second major for someone who is organized and thrives on making things run better.

At Rensselaer, Antoniello also forged strong ties with professors and made close friends. She will graduate with a strong foundation she cannot expect to have built anywhere else. After doing some traveling, she hopes to work at her favorite company.

“When I got my first internship, everyone knew what RPI was and knew that it was a good school,” she says. “I think that the recognition of RPI played a strong role in getting me in the door.”