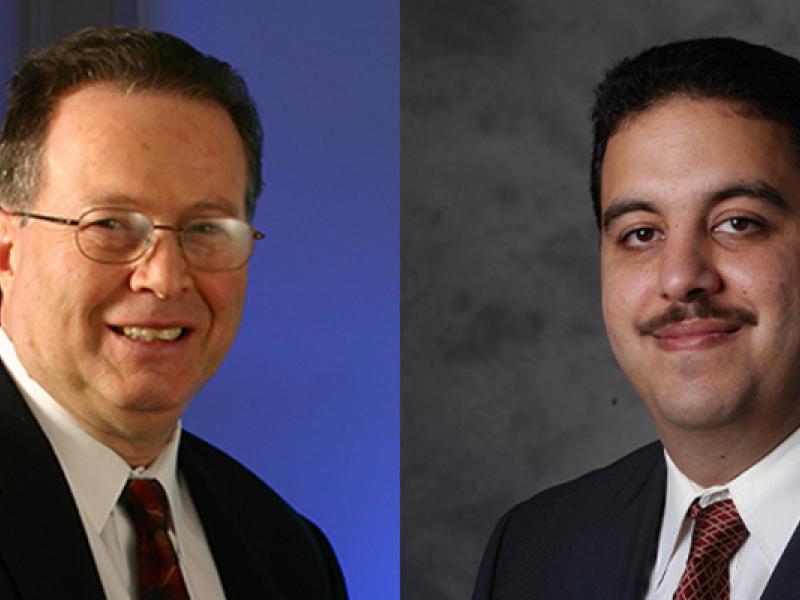 What Are eVTOLs? Are They the Future of Aviation?
Here’s how Fed rate hikes are hurting tech firms
Protect the Future: How to Stop AI from Overpowering Humanity
Rensselaer Researcher Mohammed Zaki Is an AAAS Fellow
RPI To Host 24th Annual Black Families Technology Awareness Day on February 4
June 13, 2018

For the second year in a row, Rensselaer Polytechnic Institute earthquake engineering experts Ricardo Dobry and Tarek Abdoun have been selected by the Geo-Institute of the American Society of Civil Engineers (ASCE) to receive the Thomas A. Middlebrooks Award. The award is presented to the author or authors of a paper published by the ASCE judged worthy of special commendation for its merit as a contribution to geotechnical engineering.

The paper, “Two Case Histories Demonstrating the Effect of Past Earthquakes on Liquefaction Resistance of Silty Sand,” was published in the June 2017 issue of the Journal of Geotechnical and Geoenvironmental Engineering.

The lead author on the award-winning paper was Waleed El-Sekelly, who earned his doctorate in civil engineering at Rensselaer in 2014, and who will return to campus as a postdoctoral researcher this summer. Also contributing to the paper was Jamison Steidl, a research seismologist at UC Santa Barbara.

The paper compares case histories of two earthquakes, the 2010 El-Mayor Cucapah earthquake in California’s Imperial Valley and the 1989 Loma Prieta earthquake in northern California. Two sites from each earthquake that involved silty sand layers were examined to determine why one experienced liquefaction—a phenomenon whereby a saturated or partially saturated soil substantially loses strength and stiffness in response to an applied stress—while the other did not.

The researchers determined that a prior history of high seismic activity in the Imperial Valley, corroborated by results from centrifuge and large-scale experiments, provided the most probable explanation for the site’s higher resistance to liquefaction. The results as well as the methodology developed in the paper could be helpful when analyzing the observed high liquefaction resistance of sandy sites located in other seismic regions.

Ricardo Dobry is Institute Professor and director of the Center for Earthquake Engineering Simulation at Rensselaer, which houses a major geotechnical centrifuge facility. He focuses his research on soil mechanics, geotechnical engineering, earthquakes, and simulation and has written more than 200 technical papers and research reports. Dobry was a leading contributor to the development of seismic provisions on local site amplification that are now incorporated into U.S. building codes.

Tarek Abdoun is the Thomas Iovino Chaired Professor in Civil and Environmental Engineering at Rensselaer. His primary research interests are centrifuge modeling, soil-structure interaction, soil remediation, field advanced sensing, and data visualization. The recipient of multiple Excellence in Research and Teaching Awards, he has published over 120 papers and technical reports. Abdoun led Rensselaer’s physical modeling research team that clarified the failure mechanisms of some of the New Orleans levees during Hurricane Katrina.