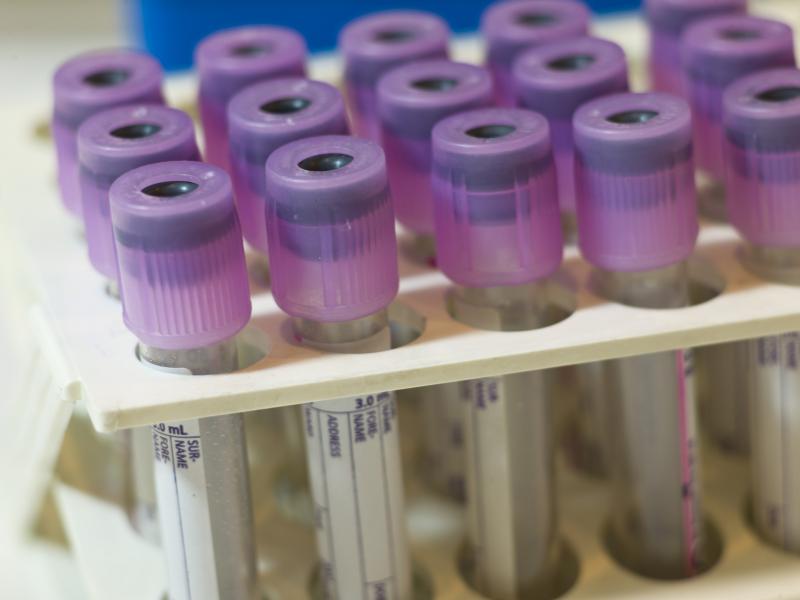 One year after researchers published their work on a physiological test for autism, a follow-up study confirms its exceptional success in assessing whether a child is on the autism spectrum. A physiological test that supports a clinician’s diagnostic process has the potential to lower the age at which children are diagnosed, leading to earlier treatment. Results of the study, which uses an algorithm to predict if a child has autism spectrum disorder (ASD) based on metabolites in a blood sample, published online today, appear in the June edition of Bioengineering & Translational Medicine.

“We looked at groups of children with ASD independent from our previous study and had similar success. We are able to predict with 88 percent accuracy whether children have autism,” said Juergen Hahn, lead author, systems biologist, professor, head of the Rensselaer Polytechnic Institute Department of Biomedical Engineering, and member of the Rensselaer Center for Biotechnology and Interdisciplinary Studies (CBIS). “This is extremely promising.”

It is estimated that approximately 1.7 percent of all children are diagnosed with ASD, characterized as “a developmental disability caused by differences in the brain,” according to the Centers for Disease Control and Prevention. Earlier diagnosis is generally acknowledged to lead to better outcomes as children engage in early intervention services, and an ASD diagnosis is possible at 18-24 months of age. However, because diagnosis depends solely on clinical observations, most children are not diagnosed with ASD until after 4 years of age.

Rather than search for a sole indicator of ASD, the approach Hahn developed uses big data techniques to search for patterns in metabolites relevant to two connected cellular pathways (a series of interactions between molecules that control cell function) with suspected links to ASD.

“Juergen’s work in developing a physiological test for autism is an example of how the interdisciplinary life science-engineering interface at Rensselaer brings new perspectives and solutions to improve human health,” said Deepak Vashishth, CBIS director. “This is a great result from the larger emphasis on Alzheimer’s and neurodegenerative diseases at CBIS, where our work joins multiple approaches to develop better diagnostic tools and biomanufacture new therapeutics.”

The initial success in 2017 analyzed data from a group of 149 people, about half of whom had been previously diagnosed with ASD. For each member of the group, Hahn obtained data on 24 metabolites related to the two cellular pathways—the methionine cycle and the transsulfuration pathway. Deliberately omitting data from one individual in the group, Hahn subjected the remaining dataset to advanced analysis techniques and used results to generate a predictive algorithm. The algorithm then made a prediction about the data from the omitted individual. Hahn cross-validated the results, swapping a different individual out of the group and repeating the process for all 149 participants. His method correctly identified 96.1 percent of all typically developing participants and 97.6 percent of the ASD cohort.

The results were impressive and created, said Hahn, a new goal: “Can we replicate this?”

The new study applies Hahn’s approach to an independent dataset. To avoid the lengthy process of gathering new data through clinical trials, Hahn and his team searched for existing datasets that included the metabolites he had analyzed in the original study. The researchers identified appropriate data from three different studies that included a total of 154 children with autism conducted by researchers at the Arkansas Children’s Research Institute. The data included only 22 of the 24 metabolites he used to create the original predictive algorithm, however Hahn determined the available information would be sufficient for the test.

Hahn said the difference between the original accuracy rate and that of the new study can likely be attributed to several factors, the most important being that two of the metabolites were unavailable in the second dataset. Each of the two metabolites had been strong indicators in the previous study.

Overall, the second study validates the original results, and provides insights into several variants on the approach.

“The most meaningful result is the high degree of accuracy we are able to obtain using this approach on data collected years apart from the original dataset,” said Hahn. “This is an approach that we would like to see move forward into clinical trials and ultimately into a commercially available test.”

Hahn was joined on the research by Rensselaer doctoral students Troy Vargason and Daniel P. Howsmon; Robert A. Rubin of Whittier College; Leanna Delhey, Marie Tippett, Shannon Rose, and Sirish C. Bennuri of the Arkansas Children’s Research Institute and the University of Arkansas for Medical Sciences; John C. Slattery, Stepan Melnyk, and S. Jill James of the University of Arkansas for Medical Sciences; and Richard E. Frye of Phoenix Children’s Hospital. The research was partially funded by the National Institutes of Health.

Hahn’s research fulfills The New Polytechnic, an emerging paradigm for higher education which recognizes that global challenges and opportunities are so great they cannot be adequately addressed by even the most talented person working alone. Rensselaer serves as a crossroads for collaboration—working with partners across disciplines, sectors, and geographic regions—to address complex global challenges, using the most advanced tools and technologies, many of which are developed at Rensselaer. Research at Rensselaer addresses some of the world’s most pressing technological challenges—from energy security and sustainable development to biotechnology and human health. The New Polytechnic is transformative in the global impact of research, in its innovative pedagogy, and in the lives of students at Rensselaer.