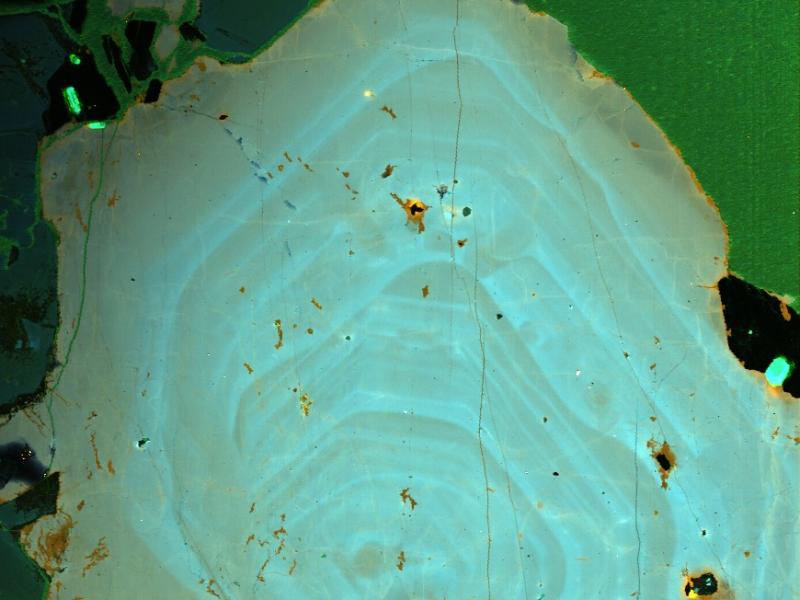 Evidence from rocks in Yosemite National Park suggests that granite stored in the Earth’s crust is partially molten at 500 degrees Celsius, nearly 200 degrees lower than had previously been believed. The finding, published online today in Nature, challenges long-held assumptions that underlie our views about the state of magma in volcanically active regions, the location of economically important ore deposits, and Earth’s geothermal gradient.

“In making predictions, geologists have relied on a crystallization temperature for granite that was established more than half a century ago, using the best tools available at the time,” said Michael Ackerson, lead author of the paper. Ackerson’s adviser and corresponding author E. Bruce Watson, Institute Professor at Rensselaer Polytechnic Institute, added, “with advances in science and technology, our tools have improved. This finding will affect our understanding of where we find molten rock at depth in the Earth – knowledge that impacts several sub-fields of geology.”

The finding draws on research establishing the effects of temperature and pressure on the titanium content of quartz, and builds on previous work which, in 2005, used the relationship between the titanium content of zircon and the temperature at which the zircon crystallized to reveal that early Earth contained liquid water near its surface only 200 million years after the solar system formed.

When applied to the titanium content of quartz crystals from the Tuolumne Intrusive Suite – a series of granites in Yosemite National Park that constitute a portion of the Sierra Nevada Mountains – the thermobarometer indicates a crystallization temperature of 474 to 561 degrees Celsius, well below the prevailing accepted crystallization temperature of 650-700 degrees Celsius.

“Both tests, the ‘thermometer’ and the diffusion model, use titanium and quartz, but with two completely independent mechanisms to produce observations that show you these quartz crystals are crystallizing from melt at 500 degrees,” said Ackerson. “Once you eliminate all the other possibilities, you’re left with cold crystallization. And that is surprising.”

The result is sufficiently unexpected that Ackerson and Watson said they are just beginning to consider applications. One will certainly be a new perspective on the geothermal gradient, which describes how temperature changes with depth, and therefore where molten materials will be found in the Earth’s crust. Because many economically important ores, like porphyry copper and gold, are underlain by granites, the finding will likely impact the temperature regime under which they are predicted to form. And it may influence how geophysicists interpret data at active magmatic centers like Yellowstone, proving that current interpretations are recording temperatures lower than had been thought possible.

“Low-temperature crystallization of granites and the implications for crustal magmatism” appears in Nature. Watson and Ackerson were joined by co-authors B.O. Mysen of the Carnegie Institution of Washington, and N.D. Tailby of the American Museum of Natural History. Their research was partially funded by the Carnegie Institution of Washington’s Postdoctoral Fellowship Program.

Geochemical research fulfills The New Polytechnic, an emerging paradigm for higher education which recognizes that global challenges and opportunities are so great they cannot be adequately addressed by even the most talented person working alone. Rensselaer serves as a crossroads for collaboration — working with partners across disciplines, sectors, and geographic regions — to address complex global challenges, using the most advanced tools and technologies, many of which are developed at Rensselaer. Research at Rensselaer addresses some of the world’s most pressing technological challenges — from energy security and sustainable development to biotechnology and human health. The New Polytechnic is transformative in the global impact of research, in its innovative pedagogy, and in the lives of students at Rensselaer.