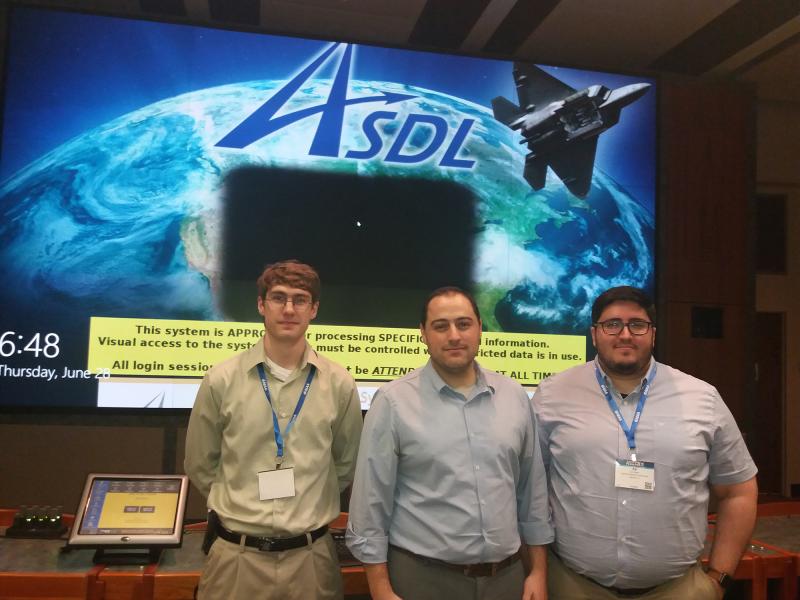 Rensselaer Researchers To Focus on Improving the Life and Efficiency of Nuclear Reactors
Prediction of Human Movement During Disasters To Allow For More Effective Emergency Response
Rensselaer Researchers Propose an Affordable and Sustainable Alternative to Lithium-Ion Batteries
The Future of Outdoor Dining
Consumers Are Likely To Be Susceptible to Slick Graphic Design of Trading Platforms
July 18, 2018

The winners were announced at the 2018 AIAA Aviation Forum, which took place in Atlanta, Georgia, June 25-29. The competition was administered by the Multidisciplinary Design Optimization (MDO) Technical Committee of the AIAA and sponsored by the NASA Glenn Research Center. MDO was one of eight fields in which student paper competitions were offered at this year’s conference.

Of 18 papers submitted to the MDO competition, six finalists were selected after the first round of judging. Finalists were judged based on their paper as well as a 20-minute oral presentation given at the conference. Judges also assessed the originality of the work and its importance to the field.

Both Crean and Dener performed their research in the lab of Jason Hicken, associate professor of mechanical, aerospace, and nuclear engineering. Hicken is director of the Optimal Design Lab at Rensselaer, which seeks to improve the design process of complex engineering systems. The lab’s research focus is partial-differential-equation (PDE)-governed design optimization: the synthesis of high-fidelity numerical simulations, computational geometry, and optimization algorithms.

“This year’s competition was very tough, with many excellent papers, so I am obviously very proud of both Alp and Jared,” said Hicken.