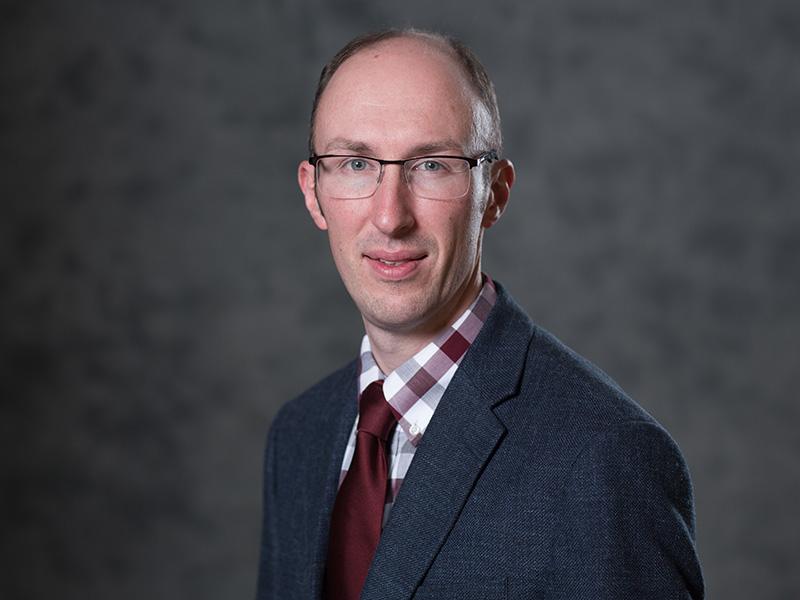 Honored for contributions to aeronautics

John Christian, assistant professor of mechanical, aerospace, and nuclear engineering at Rensselaer Polytechnic Institute, has been elected to the Class of 2019 Associate Fellows of the American Institute of Aeronautics and Astronautics (AIAA). His formal induction will take place during the Associate Fellows Recognition Ceremony at the AIAA Science and Technology Forum and Exposition Jan. 7, 2019, in San Diego, California.

The grade of associate fellow recognizes individuals “who have accomplished or been in charge of important engineering or scientific work, or who have done original work of outstanding merit, or who have otherwise made outstanding contributions to the arts, sciences, or technology of aeronautics or astronautics.” Each year, only one for every 150 voting members is selected and approved.

“AIAA Associate Fellows, as a group, are committed to pushing boundaries and testing new theories, resulting in the best ideas that can help transform aerospace across industry, academia, and government,” said Dan Dumbacher, AIAA executive director.

Christian focuses his research on spacecraft navigation, computer vision, astrodynamics, and space systems. He is director of the Rensselaer Sensing, Estimation, and Automation Laboratory (SEAL), which is developing new spacecraft technologies that will enable scientific missions to new and unexplored destinations.

An internationally known expert in image-based spacecraft navigation, Christian developed algorithms for camera calibration and optical navigation that will be used on the upcoming NASA Orion Exploration Mission 1. He was also one of the primary NASA analysts for the Sensor Test for Orion RelNav Risk Mitigation (STORRM) flight test of the Orion docking camera and LIDAR that flew aboard the space shuttle Endeavor’s final mission.

In June, Christian organized the first annual Workshop on Image-Based Modeling and Navigation for Space Applications, hosted by SEAL on the Rensselaer campus, which attracted more than 60 participants from 25 national and international organizations, including NASA and the European Space Agency, as well as many universities.

Prior to joining Rensselaer in 2017, Christian was on the faculty at West Virginia University. Before joining academia, he worked as an engineer in the Guidance, Navigation, and Control Autonomous Flight Systems Branch at the NASA Johnson Space Center. He earned his bachelor’s and master’s degrees at Georgia Institute of Technology, and his doctorate at the University of Texas at Austin.

Christian’s many awards include an Air Force Office of Scientific Research Young Investigator Program award and the 2015 West Virginia University Statler College New Researcher of the Year. He is active in numerous professional societies, including current roles as an associate editor of the AIAA Journal of Spacecraft and Rockets and as a member of the American Astronautical Society Space Flight Mechanics Committee.