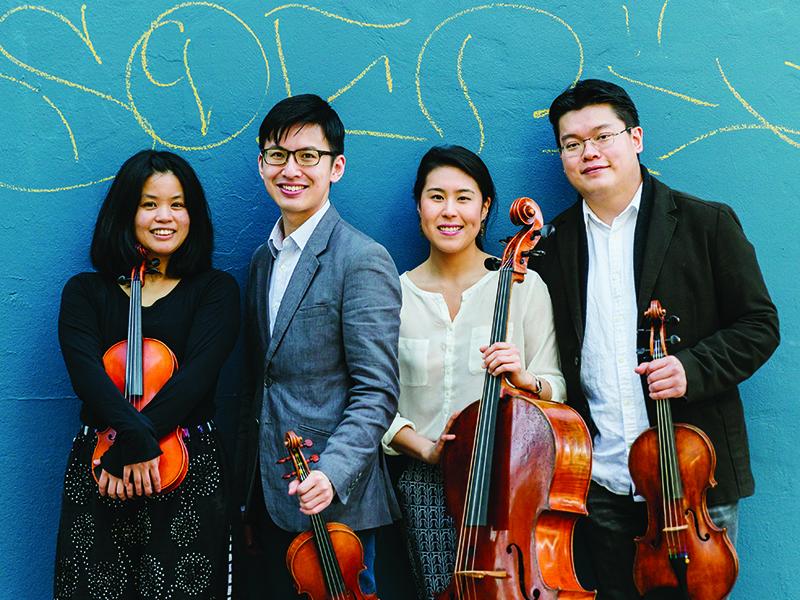 Rensselaer GameFest 2021 To Be Held on May 8
Will Next Generation of Exascale Supercomputers Be Able To Work With Petascale Data?
Hepatitis C Drugs Multiply Effect of COVID-19 Antiviral Remdesivir
Co-Directors Named for Institute for Energy, the Built Environment, and Smart Systems
New OBMI Partnership Expands Reach of Center for Architecture Science and Ecology
September 28, 2018

The Curtis R. Priem Experimental Media and Performing Arts Center at Rensselaer Polytechnic Institute (EMPAC) will celebrate a decade of adventurous programming at the intersection of art, science, and technology, October 11-13, 2018. The celebration, 10 YEARS, will commemorate the opening of the landmark performing-arts/research center in 2008. Over the past decade EMPAC has commissioned, produced, and presented an internationally renowned lineup of cross-genre performances. The events will include newly commissioned productions by artists Maria Hassabi, Isabelle Pauwels, Yara Travieso, Wu Tsang and boychild, as well as performances by Formosa Quartet, International Contemporary Ensemble, Trajal Harrell, and more.

Hailed by The New York Times as “the concert hall of the 21st century” upon its opening in October 2008, EMPAC is widely regarded as the country’s most technologically advanced performing arts center and serves as a model for new initiatives, centers and institutions around the globe. An icon of “The New Polytechnic,” Rensselaer’s pioneering vision of transdisciplinary education and research, EMPAC was designed by the London-based architecture firm Grimshaw, and supports the development of projects that bridge the traditional domains of art and science, using immersive media technologies to explore the ever-changing relationship between our human senses, technology, and the worlds we create around us.

In its first decade, EMPAC has commissioned more than 100 time-based artworks across the disciplines of music, dance, theater, visual arts, and moving image, has presented over 600 cross-genre productions, logged over 4000 days of research and artist residencies, and developed pioneering experimental media technologies. Projects developed at EMPAC have gone on to tour internationally and have garnered a host of awards including a Pulitzer Prize nomination for Kate Soper’s Ipsa Dixit and Oscar short-list selection for Laurie Anderson’s Heart of a Dog. Looking to the future, 10 YEARS celebrates these achievements with three days of exceptional new performances, installations, and screenings.

The celebration will include presentations of cross-disciplinary research at EMPAC, demonstrating technologies such as the Wave Field Synthesis 3D audio system developed by EMPAC engineers, and highlighting the work of CISL / Cognitive and Immersive Systems Laboratory, a joint research venture between Rensselaer and IBM developing new human-scale computer interfaces integrating AI with human group interactions.

10 YEARS will feature world premieres of several new performances developed at and for the EMPAC venues. The schedule of events is as follows:

Kicking off EMPAC’s 10YEARS Celebration, Formosa Quartet lead their audience on a musical journey through all four EMPAC performance venues, playing classical repertoire selected to match the unique architectural acoustics of each space.

Guests of the 10YEARS Celebration are invited to explore an interactive sound installation using EMPAC’s Wave Field Synthesis array. One of the most extensive systems of its kind in the world, the array’s 500 tiny speakers create the sonic equivalent of 3D cinema.

Open throughout the 10YEARS Celebration, SlowMeDown is a moving-image installation by choreographer Maria Hassabi drawing on material from her live dance project STAGING.

Inspired by recent events in the world of Mixed Martial Arts, Isabelle Pauwel’s EMPAC-produced feature film uses the pageantry of sports entertainment to explore the grotesque and sublime spectacle that is everyday survival.

In the Mood for Frankie

Choreographer Trajal Harrell’s dance trio will be performed in EMPAC’s lobby on a runway-style stage connected by a stream of swimming goldfish. The show will run three times throughout the 10YEARS event.

The Cognitive and Immersive Systems Lab

Director Hui Su will introduce the vision of CISL, the progress made by his team in a few areas of research, and several technical demonstrations such as an occupant-aware cognitive environment enabled with multimodal interactions, cognitive and immersive environments for language teaching and decision making, and immersive narrative generation.

Down the Rabbit Hole: A Time Capsule for Digital Texts, Images, and Sounds

In the Mood for Frankie

Derived from her opera of the same name, composer Olga Neuwirth’s Lost Highway Suite evokes a mysterious tone and structure in a concert performance featuring the 35-member International Contemporary Ensemble and a 64-speaker Ambisonic dome built around the audience.

Moved by the Motion (Wu Tsang, boychild, and Co.)

Moving fluidly between theater, film, movement, text, and music, Sudden Rise is an ensemble performance that explores different modes of storytelling through an improvisational structure.