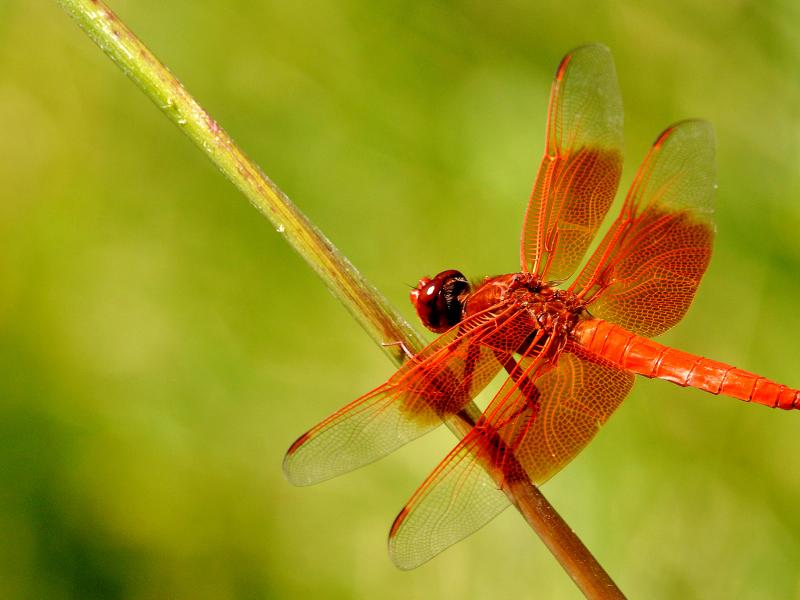 While temperatures in the tropical forests of northeastern Puerto Rico have climbed two degrees Celsius since the mid-1970s, the biomass of arthropods – invertebrate animals such as insects, millipedes, and sowbugs – has declined by as much as 60-fold, according to new findings published today in the Proceedings of the National Academy of Sciences.

The finding supports the recent United Nations Intergovernmental Panel on Climate Change warnings of severe environmental threats given a 2.0 degree Celsius elevation in global temperature. Like some other tropical locations, the study area in the Luquillo rainforest has already reached or exceeded a 2.0 degree Celsius rise in average temperature, and the study finds that the consequences are potentially catastrophic.

“Our results suggest that the effects of climate warming in tropical forests may be even greater than anticipated,” said Brad Lister, lead author of the study and a faculty member in the Department of Biological Sciences at Rensselaer Polytechnic Institute. “The insect populations in the Luquillo forest are crashing, and once that begins, the animals that eat the insects have insufficient food, which results in decreased reproduction and survivorship and consequent declines in abundance.”

“Climate Driven Declines in Arthropod Abundance Restructure a Rainforest Food Web” is based on data collected between 1976 and 2013 by the authors and the Luquillo Long Term Ecological Research program at three mid-elevation habitats in Puerto Rico’s protected Luquillo rainforest. During this time, mean maximum temperatures have risen by 2.0 degrees Celsius.

Cold-blooded animals living in tropical climates are particularly vulnerable to climate warming since they are adapted to relatively stable year-round temperatures. Given their analyses of the data, which included new techniques to assess causality, the authors conclude that climate warming is the major driver of reductions in arthropod abundance in the Luquillo forest. These reductions have precipitated a major bottom-up trophic cascade and consequent collapse of the forest food web.

Given that tropical forests harbor two thirds of the Earth’s species, these results have profound implications for the future stability and biodiversity of rainforest ecosystems, as well as conservation efforts aimed at mitigating the effects of climate forcing.

Andres Garcia, of the Universidad Nacional Autónoma de México, was co-author on the study, which was funded by the National Science Foundation.

Research into the effects of climate change is an exciting aspect of The New Polytechnic, an emerging paradigm for teaching, learning, and research at Rensselaer. The foundation for this vision is the recognition that global challenges and opportunities are so great they cannot be adequately addressed by even the most talented person working alone. The New Polytechnic is transformative in the global impact of research, in its innovative pedagogy, and in the lives of students at Rensselaer.