Rensselaer To Present “The Isle Is Full of Noises” 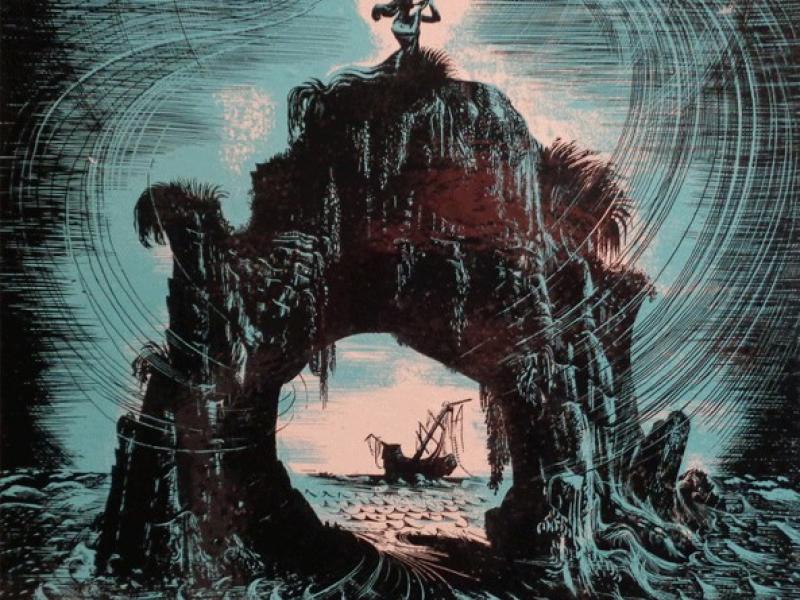 A 1960s album cover for The Tempest; illustrated by Arthur Wragg.

Rensselaer To Present “The Isle Is Full of Noises”

Environmental sound installation will be presented Nov. 27-29 at EMPAC

Beginning November 27, Rensselaer Polytechnic Institute will present The Isle Is Full of Noises, an environmental sound installation composed by Michael Century, professor of new media and music, with the assistance of Eric Miller, Ph.D. student in electronic arts.

Free and open to the general public, the work will be presented November 27, 28, and 29, from noon to 5 p.m., in the Goodman Studio 1 in the Curtis R. Priem Experimental Media and Performing Arts Center (EMPAC) at Rensselaer.

Century’s installation employs Wave Field Synthesis speaker arrays to spatialize an 8-channel sound composition. The Wave Field Synthesis Audio Array, developed by EMPAC audio engineers, is one of the most extensive and precise spatial audio systems in the world. By placing a virtual sound source in physical space, the system creates “holophonic” sound that moves around the listening space, not unlike the sonic equivalent of 3D cinema.

The installation’s title, “The Isle Is Full of Noises,” is taken from Shakespeare’s play The Tempest.  The characters of Caliban and Miranda are foregrounded against the auditory backdrop of an imaginary tropical island. Visitors will hear poetic text, phonemic particles of language, birds, animals, and occasional snippets of melody.

According to Century, “Caliban can be taken as the figure of the indigenous people of the ‘New World,’ a slave to an imperious foreigner with magical powers. Shakespeare was responding in the early 1600s to early reports from imperialist explorers of the Caribbean islands. Caliban’s speech, which begins, ‘Be not afeard; the isle is full of noises,’ articulates with great beauty the abundance of life on the island. Miranda, for her part, marvels at the ‘brave new world, that has such creatures in it.’” The two characters’ words merge and intermingle with all the other sounds through a computer program designed by Century.