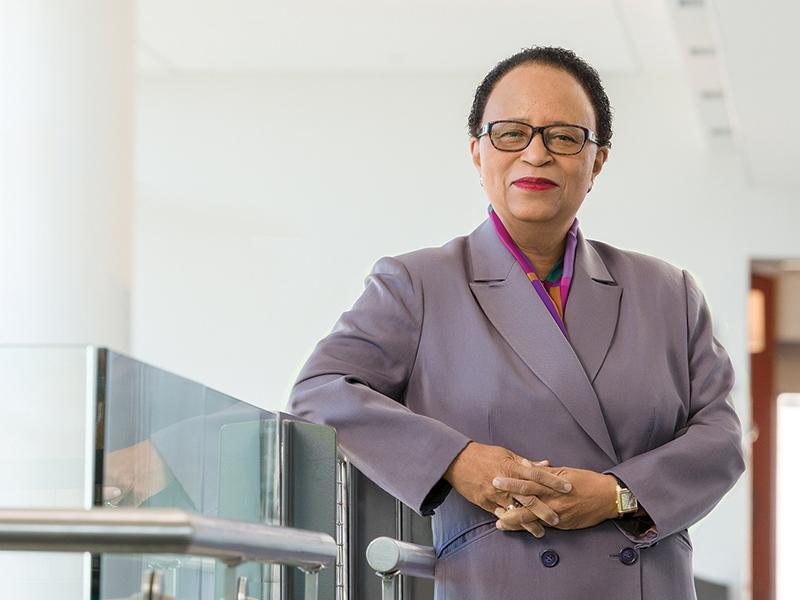 Board of Trustees extends contract until June 30, 2022

In announcing the decision today, the Board noted historic and significant accomplishments over the last 20 years, under the strategic leadership of President Jackson, with the implementation of two strategic plans. The first Rensselaer Plan transformed the Institute and the current Rensselaer Plan 2024 will position Rensselaer as a transformative force in higher education and research. Last fall, Rensselaer launched a $1 billion capital campaign, and has raised over $450 million toward the $1 billion goal.

“We are extremely pleased to have retained such a dynamic, strategic leader and visionary for the past two decades in this highly competitive environment. We are especially proud of President Jackson’s outstanding accomplishments in advancing Rensselaer as a top-tier technological research university,” said Arthur Golden, chairman of the Board of Trustees and a 1966 graduate of Rensselaer.

Rensselaer continues to be ranked among the Top 50 national universities by U.S. News & World Report; freshman applications have quadrupled to over 20,300; The Arch program, which includes an away experience for juniors, is being implemented; an Institute-wide Task Force charged with preserving Rensselaer’s fraternity and sorority system has been established; a $1 billion capital campaign has been launched; sponsored research expenditures have increased to $110 million; and 23 new academic degree programs have been established to strengthen the Rensselaer academic offerings.

The Honorable Shirley Ann Jackson, Ph.D., is the 18th president of Rensselaer Polytechnic Institute, the first technological research university in the United States, where she has led an extraordinary transformation since 1999. Described by Time magazine as “perhaps the ultimate role model for women in science,” Dr. Jackson has held senior leadership positions in academia, government, industry, and research. A theoretical physicist, Dr. Jackson holds an S.B. in Physics, and a Ph.D. in Theoretical Elementary Particle Physics, both from MIT.

Before taking the helm at Rensselaer, Dr. Jackson was Chairman of the U.S. Nuclear Regulatory Commission (NRC), from 1995 to 1999. At the NRC, Dr. Jackson conceived and promulgated risk- informed, performance-based regulation and created a new planning, budgeting, and performance management process (PBPM). During her tenure at the NRC, Dr. Jackson spearheaded the formation of the International Nuclear Regulators Association (INRA), and served as its Chairman from 1997 to 1999.

Dr. Jackson is a Life Member of the MIT Corporation, and a former Vice-Chair of the Board of Regents of the Smithsonian Institution. In October 2017, she was named Regent Emerita of the Smithsonian Institution. She serves on the boards of major corporations that include FedEx, IBM, and Medtronic. She is a former member of the board of the World Economic Forum USA (WEF USA), and the Council on Foreign Relations.

In 2018, Dr. Jackson was awarded the W.E.B. DuBois medal from the Hutchins Center for African and African American Research at Harvard University. The medal honors those who have made significant contributions to African and African American history and culture, and more broadly, individuals who advocate for intercultural understanding and human rights in an increasingly global and interconnected world.

In 2007, describing her as “a national treasure,” the National Science Board selected Dr. Jackson as the recipient of the Vannevar Bush Award for “a lifetime of achievements in scientific research, public policy, and senior statesman-like contributions to public policy.”