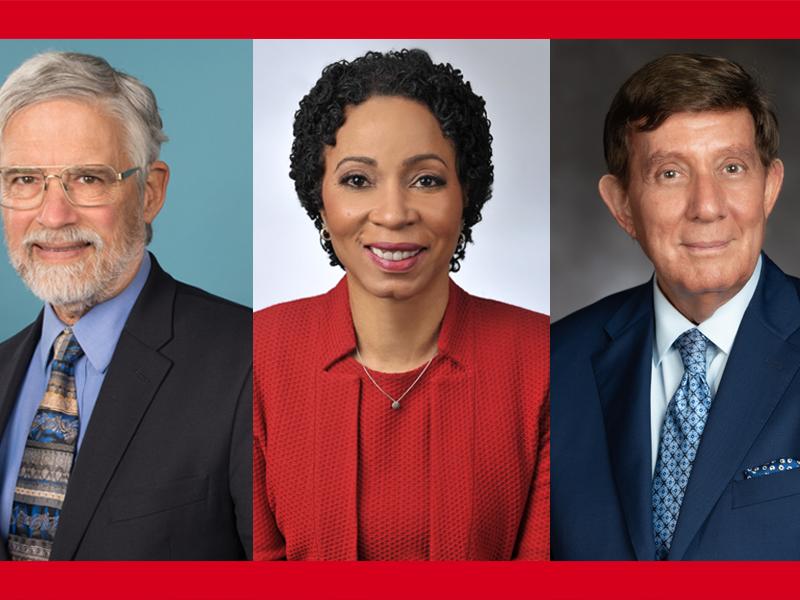 TROY, N.Y. —Three leaders who have made transformative contributions to public health and other critical fields—Dr. John P. Holdren, Dr. Helene D. Gayle, and James J. Barba—will address graduates at the 2019 Commencement Ceremony at Rensselaer Polytechnic Institute on May 18, 2019.

“Each of our Commencement honorands has successfully led communities through the process of addressing pressing public health challenges in collaborative and innovative ways,” said Rensselaer President Shirley Ann Jackson. “They embody the spirit of leadership and achievement that Rensselaer fosters in its students, including the Class of 2019, as The New Polytechnic.”

Dr. John P. Holdren served as President Obama’s Science Advisor from January 2009 until January 2017. From 1996 through 2008, he was the Teresa & John Heinz Professor of Environmental Policy at Harvard’s Kennedy School and Professor of Environmental Science & Policy in Harvard’s Department of Earth & Planetary Sciences—positions to which he was re-appointed in February 2017. He is a member of the U.S. National Academies of Science and Engineering, the American Philosophical Society, and the American Academy of Arts and Sciences, among other U.S. and foreign academies. From 1973 to 1996, he taught at UC Berkeley, where he co-founded the interdisciplinary graduate-degree program in energy and resources. He earned S.B. and S.M. degrees from MIT and a Ph.D. from Stanford in aerospace engineering and theoretical plasma physics.

Dr. Helene D. Gayle is President and CEO of The Chicago Community Trust, one of the nation’s oldest and largest community foundations. An expert in public health and global development, she previously served as President and CEO of CARE, and held leadership roles at the Centers for Disease Control and the Bill and Melinda Gates Foundation. Named one of Forbes’ “100 Most Powerful Women,” Dr. Gayle serves on the Board of Directors at The Coca-Cola Company, Colgate-Palmolive Company, the Federal Reserve Bank of Chicago, the Rockefeller Foundation, Brookings Institution, New America, and the ONE Campaign. Dr. Gayle earned a B.A. from Barnard College, an M.D. at the University of Pennsylvania, an M.P.H. at Johns Hopkins University, and has 16 honorary degrees.

James J. Barba has been President and Chief Executive Officer of Albany Med, the only academic health sciences center in northeastern New York, since 1995. In this role, he oversees the largest locally governed health-care system in 25 counties as well as Albany Medical College, one of the nation’s oldest medical schools; a biomedical research operation; a workforce of more than 13,000; and a Physician Practice Group of over 650. From 1994 to 2006, he also served as the Chairman of the Board of Directors of Albany Medical Center. Barba has served on numerous special commissions and councils by gubernatorial appointment and at the request of his peers. He is a graduate of the University of Notre Dame Law School and a graduate of Siena College.

In addition to serving as Commencement speakers, the three honorands will take part in a lively and thought-provoking public discussion moderated by President Jackson at the President’s Commencement Colloquy on Friday, May 17, at 3:30 p.m. at the Curtis R. Priem Experimental Media and Performing Arts Center.

The 2019 Commencement Ceremony will be held on Saturday, May 18, beginning at 8:15 a.m. in the East Campus Athletic Village. For more information about the ceremony and other events leading up to it, visit https://commencement.rpi.edu/.