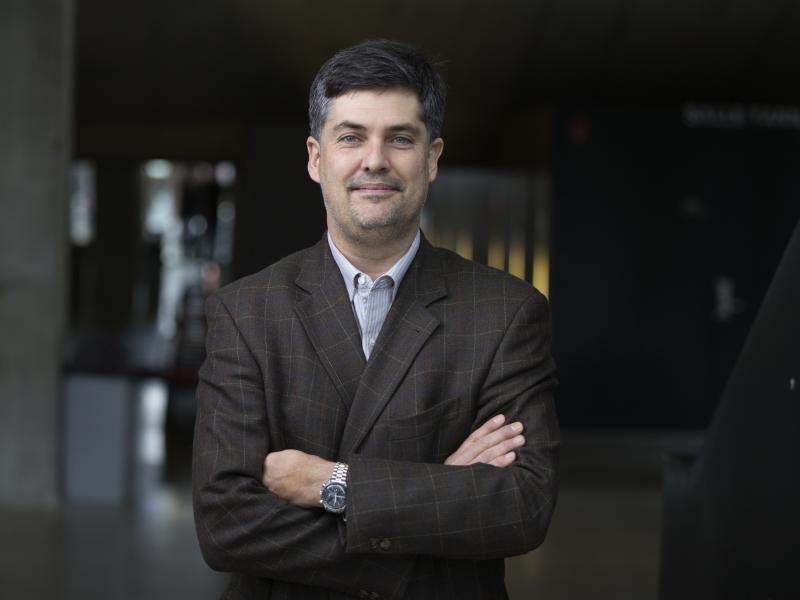 Art_X event will examine the connections between engineering and musical performances

The lecture will be held at 4 p.m. on Friday, April 5, in Studio Beta at the Curtis R. Priem Experimental Media and Performing Arts Center on the Rensselaer campus. The event is free and open to the general public.

The event is part of a Rensselaer initiative called Art_X, a teaching and learning program designed to help Rensselaer students and others discover the connections that exist between art, science, and technology. In keeping with the Rensselaer vision for The New Polytechnic, Art_X brings together artists, scientists, engineers, architects, and business experts in engaging new ways, and challenges them to gain new ideas from one another, to think, discover, design, and create in new ways.

Wanderley is a full professor of music technology at McGill, where he runs the Input Devices and Music Interaction Laboratory (IDMIL). He is also a researcher at INRIA Lille, a European center specializing in human computer interaction.

His interdisciplinary research focuses on the development of novel interfaces for music performance. He has authored or co-authored reports in several scientific and technological publications, including the development of open databases on sensor and actuator technologies for musical applications. In 2016, he was appointed a member of Computer Music Journal’s editorial advisory board. He is a senior member of the Association for Computing Machinery and of the Institute of Electrical and Electronics Engineers.

“Though it has been claimed that ‘musical interface construction proceeds as more art than science, and possibly this is the only way that it can be done,’ the role of engineering in interface design and construction is equally major, albeit sometimes neglected,” Wanderley said in a statement. “Given the unique physical and cognitive requirements of musical performances, it is essential that performers have access to responsive and reliable interfaces, many times including innovative engineering solutions.”

“Dr. Wanderley’s research publications and history in the development of new human computer interfaces for musical expression—drawing from his background in electrical engineering, acoustics, signal processing, and computer science—make him the embodiment of Art_X,” said Curtis Bahn, professor and associate dean of the School of Humanities, Arts, and Social Sciences at Rensselaer. “We hope that this lecture can be of benefit to students and faculty across our university.”

The lecture is sponsored by the Office of the Provost through the Vollmer Fries Endowment for visiting lecturers.