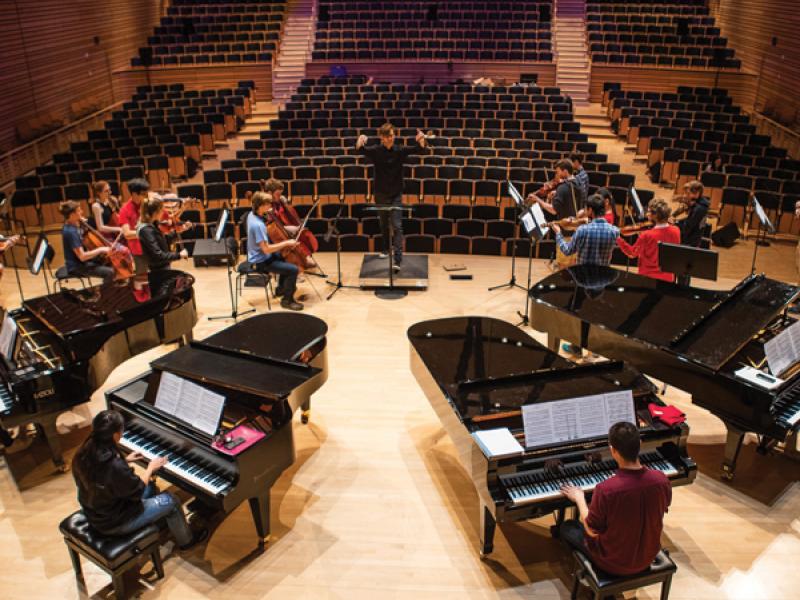 Stress, not laziness, is behind procrastination. Here are 3 ways to ‘retrain your brain’
Rensselaer Polytechnic Institute’s Computer Science and Physics Departments Appoint New Leaders
Why reality TV loves an island
RPI Week on The Academic Minute
Anatomy of a Product Placement
April 10, 2019

Students and faculty to present “Piano Waves” featuring compositions for up to four pianos.

Rensselaer Polytechnic Institute will present a piano showcase on Wednesday, April 17, at 4 p.m. in the Concert Hall of the Curtis R. Priem Experimental Media and Performing Arts Center (EMPAC) on campus. The event, free and open to the public, will feature compositions for up to four pianos in addition to original student work.

“Join the Rensselaer community for a performance that displays the immense talent of our students, the musical distinction of our faculty, and our unique inventory of instruments,” said Michael Century, professor of new media and music at Rensselaer and producer of the showcase.

By bringing together talent from across campus, including students and faculty from the School of Humanities, Arts, and Social Sciences as well as the Rensselaer Orchestra and the Rensselaer Chamber Music Ensemble, the event captures the collaborative spirit of The New Polytechnic, the model for education and research at Rensselaer. In total, 22 pianists will perform, including 16 students and six faculty members.

“My curation of the program emphasizes the breadth of great music for multi-pianos, and showcases the four excellent grand pianos at EMPAC,” Century said. “It is exceedingly rare to hear the music for four pianos of American 20th century composer Julius Eastman alongside that of the classics like Bach.”

The performance builds upon the new Bachelor of Science in music degree program at Rensselaer and is one example of the unique opportunities that exist for musicians on campus.