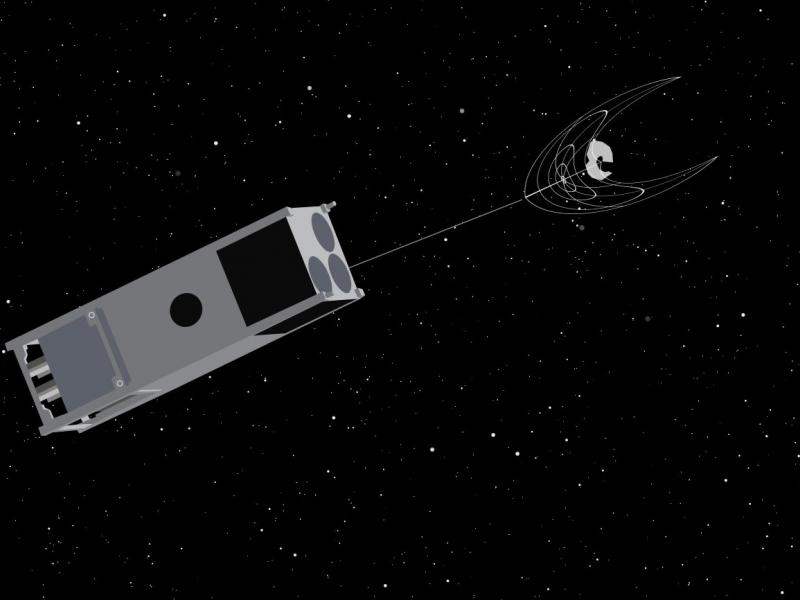 Device will be capable of seeking out, capturing, and de-orbiting debris

Semi-autonomous device would seek out, capture, and de-orbit space junk

TROY, N.Y. — A team of researchers from Rensselaer Polytechnic Institute is building a semi-autonomous trash collector for space, which they have fittingly named OSCaR. (You can see OSCaR here) The acronym stands for “Obsolete Spacecraft Capture and Removal,” and it’s a creative solution to an increasingly dangerous and costly problem that is literally encompassing the globe.

The European Space Agency estimates there are nearly 129 million pieces of debris in space, where objects move at such high velocity that even something very small can do extensive damage. In 2016, ESA astronaut Tim Peake took a picture of a chip in one of the International Space Station’s windows that the agency believes was made by a tiny piece of space debris, possibly just a paint flake.

“There’s a real problem,” said Kurt Anderson, professor of mechanical, aerospace, and nuclear engineering at Rensselaer. “The amount of observed debris is increasing faster now than the rate that we’re actually putting more objects into space. This is an indication that earliest stages of The Kessler Syndrome may be upon us.”

The Kessler Syndrome, a theory presented by NASA scientist Donald Kessler in 1978, proposes that, if there is a large enough concentration of objects orbiting in space, these objects can generate a flood of collisions resulting in an exponential growth in the number of pieces of debris. The amount of space debris ultimately becomes so great that large regions of space become saturated with fast-moving junk, rendering these regions effectively unusable.

To help prevent this scenario, Anderson and his students are developing OSCaR, a small device that will be able to inexpensively be sent into space aboard larger vehicles and then released to nearly autonomously seek out, capture, and then de-orbit space debris.

OSCaR is a three-unit member of a class of very small satellites known as CubeSats. Each unit is a small and light 10 cm x 10 cm x 10 cm cube.

One of those CubeSat units will house the “brains” of OSCaR including GPS, data storage, and communication, as well as the power and thermal management systems. Another will hold propellant and the system’s propulsion module to drive OSCaR forward. The third unit will contain four gun barrels, nets, and tethers to physically capture debris, one piece at a time. This capture module will also have optical, thermal, and RADAR imaging sensors to help OSCaR locate debris in the vastness of its surrounding space.

After it is done collecting debris, OSCaR will be programmed to deorbit itself within five years, destroying itself and the debris it caught.

OSCaR is being designed to be able to accomplish its mission largely on its own. Of the millions of pieces of space debris currently orbiting the Earth, approximately 22,300 have been catalogued and are being regularly tracked in a Space Debris database. Anderson and his team want the device to be able to locate debris initially using catalog information and a combination of thermal, optical, and RADAR imaging, so it can go after fragments with little guidance from the ground.

“We tell OSCaR what to do and then we have to trust it,” Anderson said. “That’s why this problem actually gets very hard, because we are doing things that a big, expensive satellite would do, but in a CubeSat platform.”

Anderson foresees a future in which OSCaRs, which make for easy cargo, could be routinely carried aboard space-bound craft as part of an ongoing cleanup effort. His team of researchers is currently in the process of perfecting the team’s algorithms. They hope to test the device on the ground sometime this year, and will then look to test it in space.

“There’s an informal agreement that’s been in place for a few years that people who put space objects up there should be practicing good citizenship,” Anderson said. “We envision a day where we could send up an entire flock, or squadron, of OSCaRs to work jointly going after large collections of debris.”