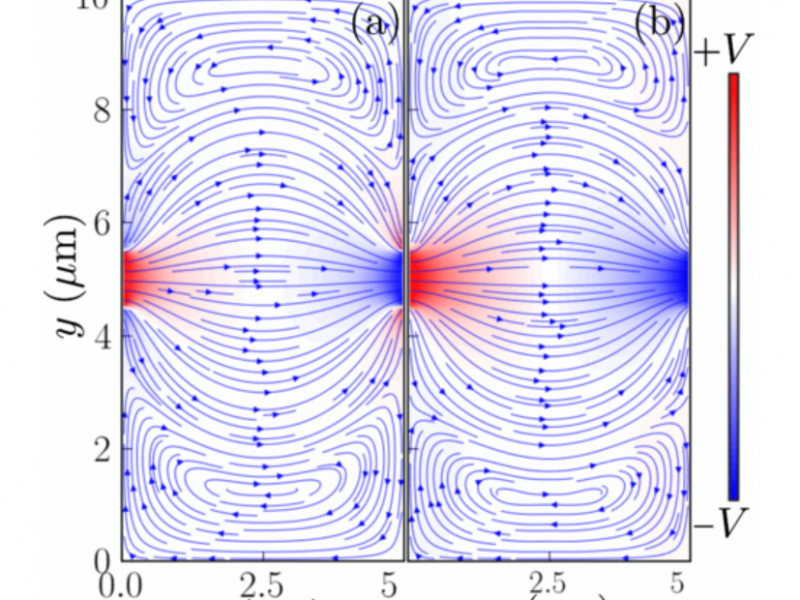 TROY, N.Y. — By studying how electrons in two-dimensional graphene can literally act like a liquid, researchers have paved the way for further research into a material that has the potential to enable future electronic computing devices that outpace silicon transistors.

Research into a new method to more accurately demonstrate liquid-like electron behavior in graphene, developed by Rensselaer researcher Ravishankar Sundararaman and a team from Quazar Technologies in India led by Mani Chandra, was recently published in Physical Review B.

Graphene is a single atomic layer of graphite that has gained a lot of attention because of its unique electronic properties. Recently, Sundararaman said, scientists have proposed that under the right conditions, electrons in graphene can flow like a liquid in a manner unlike any other material.

To illustrate this, Sundararaman compares electrons to drops of water. When just a few droplets line the bottom of a jar, their movement is predictable as they follow the motion of the container when it’s tilted side to side. That is how electrons behave in most materials as they come in contact with atoms and bounce off them. This leads to Ohm’s law, the observation that the electric current flowing through a material is proportional to the voltage applied across it. Remove the voltage, and the current stops.

Now picture a glass that’s half-full of water. The movement of liquid, especially as you shake the jar, is much less uniform because the water molecules mostly come in contact with each other instead of the jar’s walls, allowing the water to slosh and swirl. Even when you stop moving the glass, the water’s movement continues. Sundararaman compares this to how electrons continue to flow in graphene, even after the voltage has stopped.

Researchers had known electrons in graphene had the potential to act this way, but running experiments to create the necessary conditions for this behavior is difficult. Previously, Sundararaman said, scientists applied voltage to a material and looked for negative resistance, but it wasn’t a very sensitive method.

The calculations Sundararaman and his team presented in this latest work show that by oscillating the voltage — mimicking the shaking motion in the jar example — researchers can more accurately identify and measure the vortexes created and the hydrodynamic behavior of the electrons.

“You can get really weird and useful electronic properties out of this,” said Sundararaman, assistant professor of materials science and engineering. “Because it’s flowing like a liquid, it has the potential to keep its momentum and keep going. You could have conduction with much less energy loss, which is extremely useful for making low-power devices really fast.”

Sundararaman made it clear that much more research needs to be done before a device like that could be created and applied to electronics. But the method this paper lays out, including the measurements researchers say should be taken, will allow for more accurate observation of this hydrodynamic flow of electrons in graphene and other promising materials.