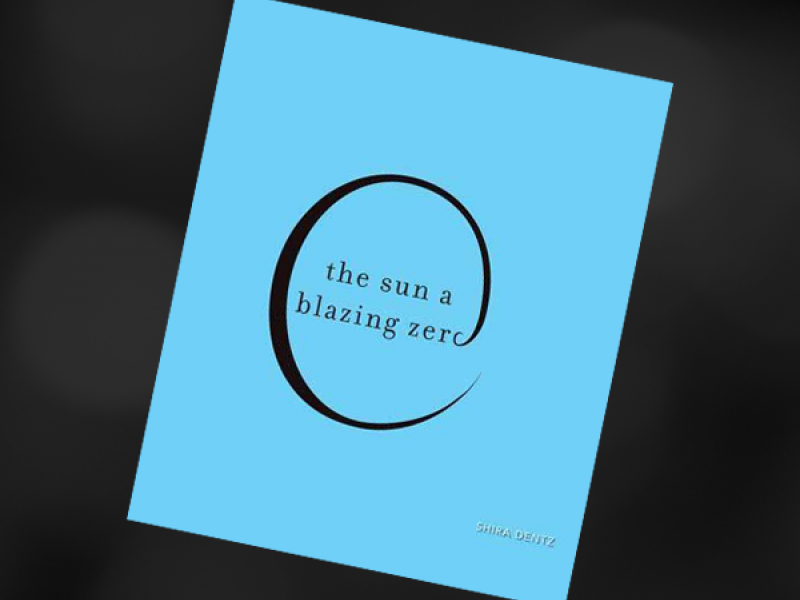 Shira Dentz, senior lecturer in the Communication and Media Department at Rensselaer Polytechnic Institute, has authored her fourth book, the sun a blazing zero, a poetry collection that captures “receding experiences” such as climate change, aging, animal preservation, and the effects of war.

“This book centers on spheres that are in the process of disappearing, though they haven’t disappeared yet, like the Earth’s sustainability of life as we know it and the cusp of aging,” Dentz said of the book, which was published by Lavender Ink last month. “Like when one is on a train and watches the landscape rushing by out the window. One sees the rush as it moves into the past.”

While some may be surprised to find a poet at Rensselaer, Dentz finds inspiration in her everyday environment as well as the interdisciplinary nature of education and research at Rensselaer, which is guided by a model known as The New Polytechnic.

“Ultimately, emerging and new technologies impact how we experience reality, and my writing is largely inspired by my own experiences and what I experience in the world around me,” Dentz said. “I have found, too, that there are a lot of students at RPI of various majors who are creative and crave opportunities to express their creativity artistically.”

For this reason, she helped establish the Rensselaer creative writing Student Union club, Comma, in 2014. The club continues to serve as a community for student writers across campus today.

In much of her work, Dentz attempts to create language for experiences that often lack a vocabulary in English. She explores both personal and sociopolitical issues through a feminist lens and uses visual, gestural, and typographical elements in addition to the written word. One of the poems included in her newest book is “Scale,” a visual poem that was previously published in Poetry Magazine.

“One of the genres in which I write is hybrid, in which I juxtapose prose, poetry, and visual elements in an individual piece,” Dentz said. She described the creative texts in her newest collection as shaping a composition in “shifting shutter speeds” that doesn’t adhere to a single narrative, form, or tone.

Dentz is also the author of the books how do i net thee (2018), door of thin skins (2013), black seeds on a white dish (2011), Sisyphusina (forthcoming, 2020), and two chapbooks, FLOUNDERS (2016) and Leaf Weather (2010). Her forthcoming book due out next year will include multimedia collaborations with past and present Rensselaer arts faculty members Pauline Oliveros and Kathy High.

More information about Shira Dentz and her work can be found here.