Rensselaer Polytechnic Institute Class of 2019 Encouraged To Change the World 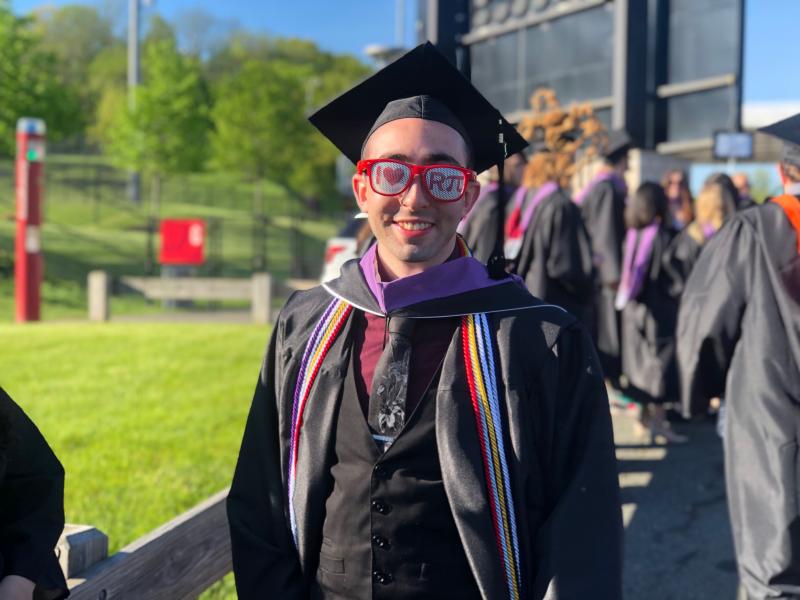 Rensselaer Polytechnic Institute Class of 2019 Encouraged To Change the World

During the 213th Commencement Ceremony at Rensselaer Polytechnic Institute, the nation’s oldest technological university, the Honorable John P. Holdren urged the Class of 2019 to become emissaries “on the relevance of science and technology to the biggest issues affecting human well‐being.”

During the ceremony, which was held at the East Campus Athletic Village, Rensselaer awarded a total of 1,926 degrees—154 doctoral degrees, 373 master’s degrees, and 1,399 bachelor’s degrees—to 1,888 students, some of whom earned more than one degree.

Rensselaer President Shirley Ann Jackson presided over the ceremony. She congratulated the graduates on their accomplishments and charged them to live their lives to the fullest.

“Never doubt your own ability to take a long-standing problem, of daunting complexity, or intimidating scale, and make it yield to a new solution!” she said. “Make this a better world! We know that you have the resilience, tenacity, confidence, curiosity, and education to do just that.”

Holdren, who is currently the Teresa and John Heinz Professor of Environmental Policy in Harvard’s Kennedy School of Government, served as the Commencement speaker. He observed that the common trait of the many diverse challenges facing the world is “the relevance of natural science, social science, and engineering to understanding the nature of these problems in all their complexity and to identifying and implementing remedies.”

Holdren was awarded an honorary doctor of science degree from Rensselaer.

The university also awarded Dr. Helene D. Gayle, the president and CEO of The Chicago Community Trust, one of the nation’s oldest and largest community foundations, an honorary doctor of humane letters degree. Speaking to the graduates, Gayle, who previously served as the president and CEO of CARE, said there was no master plan to her accomplished career, but rather a “soft focus” on new opportunities and new challenges.

“Just start,” she said. “Find the best way to apply your passion, your sense of purpose, your education, and your unique talents for the benefit of all. Never lose faith that with the power of your individual actions, we can change lives, advance society, and ultimately change the world.”

James J. Barba, the president and CEO of Albany Med, received an honorary doctor of laws degree. He encouraged graduates to become actively engaged in creating the world they want to live in.

“Leave here today and get involved in your country,” he said. “Support someone whose message is consistent with the message in your head and heart.”

Graduate student speaker Michael Conward, a recipient of a doctoral degree in mechanical engineering, shared his own formula for success: “Focus plus accountability equals results.” He expressed a hope for his fellow graduates to focus their future efforts on ensuring “a bright future for all mankind.”

“We all have a duty to have a positive impact, to stand confidently in what we’ve learned, and to lead,” Conward said.

Kinsley Rowan, Class of 2019 president, told her fellow graduates that Rensselaer students are uniquely positioned to help the global community.